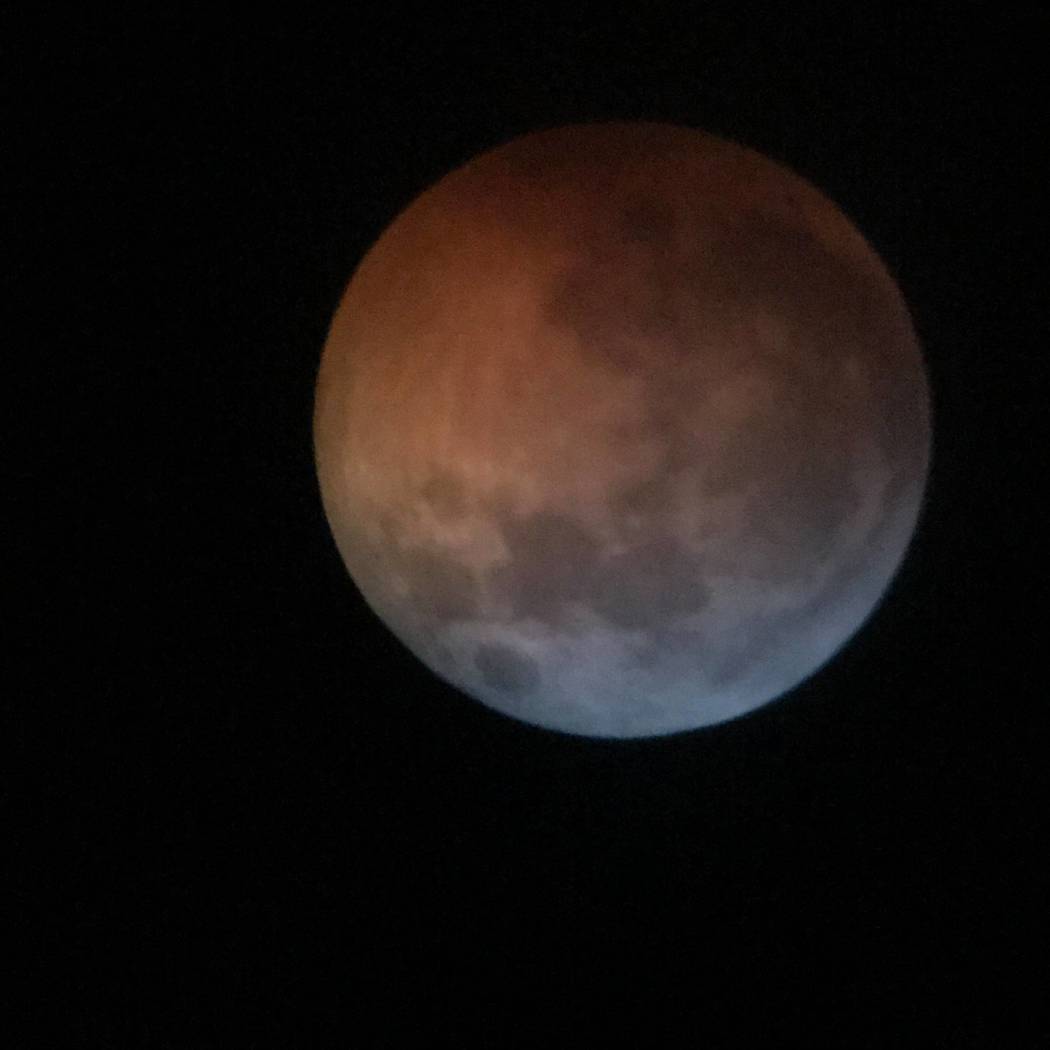 Pearl Lowell/Special to the Pahrump Valley Times The total lunar eclipse was visible throughout Pahrump just before 9 p.m. on Sunday. The event bought about what is commonly known as the "super blood wolf moon." 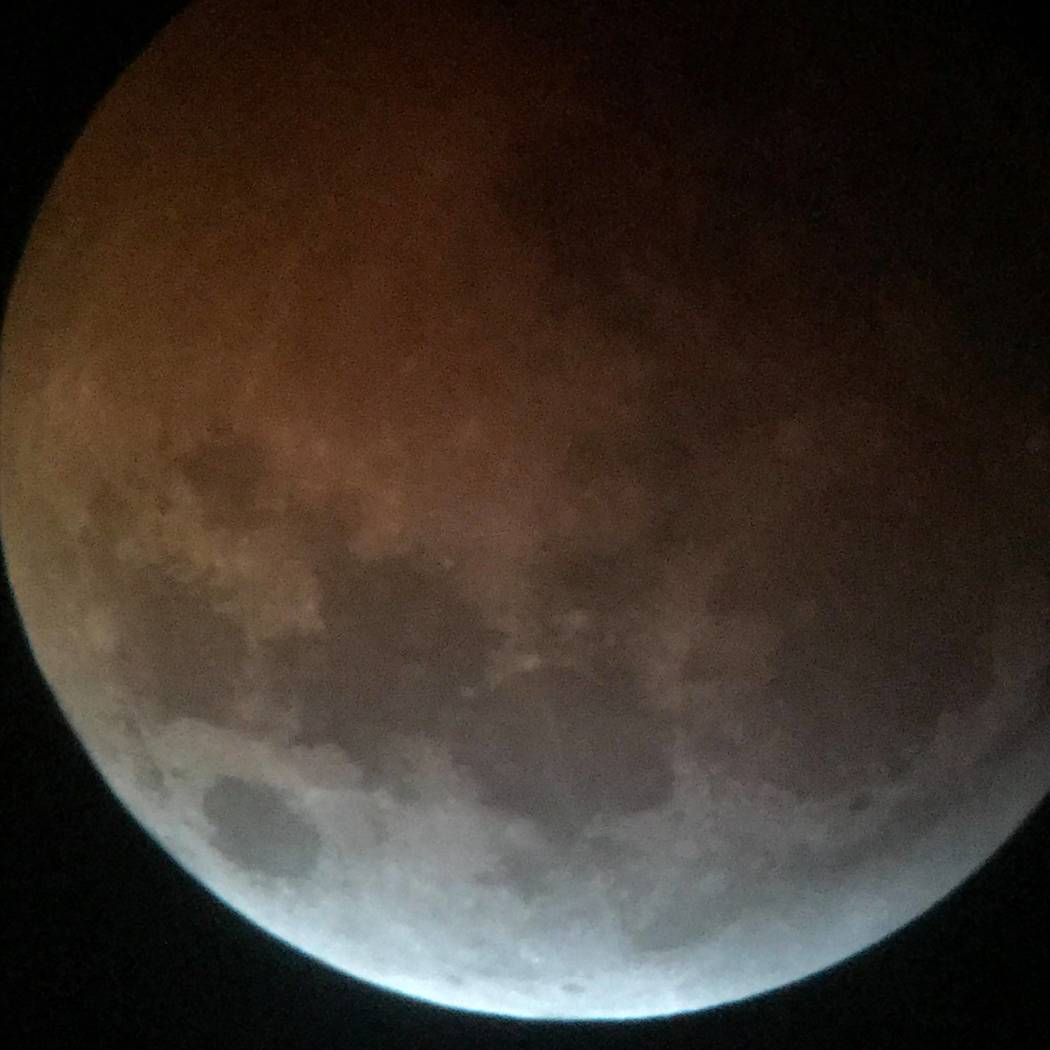 Pearl Lowell/Special to the Pahrump Valley Times The "super blood wolf moon" as seen from the south end of town on Sunday night. The next total lunar eclipse is pegged to be in May 2021. 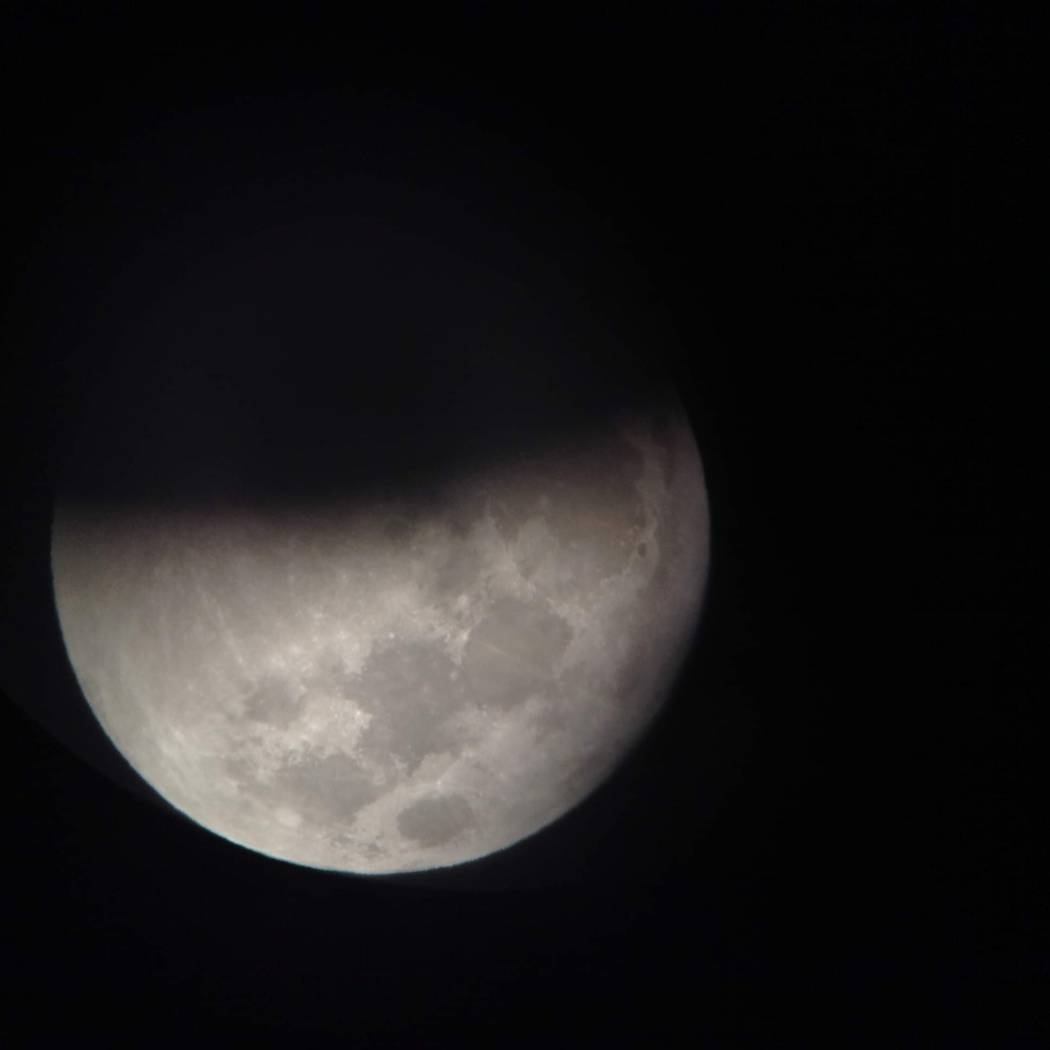 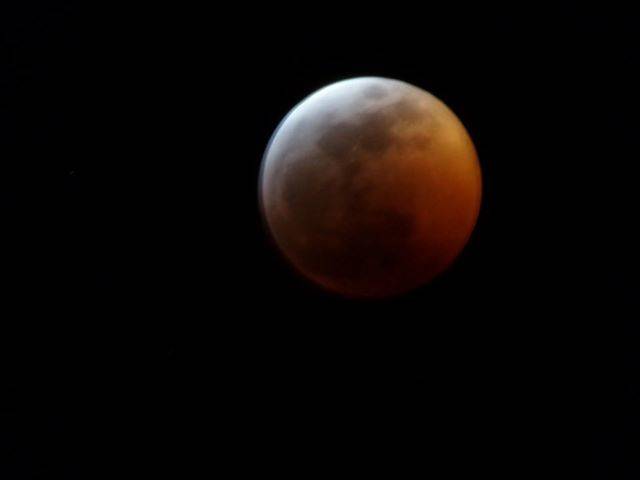 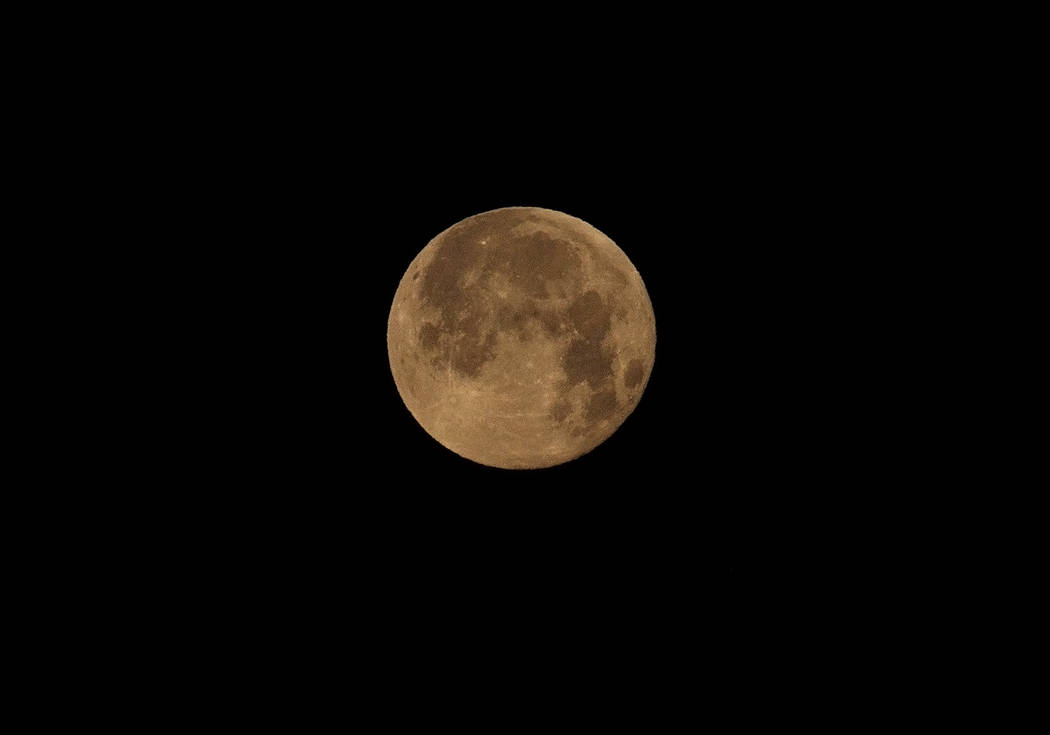 Horace Langford Jr./Special to the Pahrump Valley Times Total lunar eclipse as seen from the Pahrump area on Sunday.

Pahrump residents and those from across southern Nye County and parts beyond got a show in the sky Sunday night with what has been dubbed colloquially as a “super blood wolf moon.”

Officially known as a total lunar eclipse, the event turned the moon from its typical hue to a dark shade of red, which could be seen throughout Pahrump, though cloud cover threatened visibility in the early part of Sunday night.

The event began about 7:33 p.m. and the eclipse’s totality came just before 9 p.m.

The informal terms for the moon were broken down by NASA’s Jet Propulsion Laboratory and the “Old Farmer’s Almanac.”

The “super” portion of the name is so marked “because the moon will be closest to Earth in its orbit during the full moon and ‘blood’ because the total lunar eclipse will turn the moon a reddish hue,” an article on NASA’s Jet Propulsion Laboratory’s website stated.

The “wolf” portion of the name comes from Native American and early Colonial times, when “the full moon for January was called the full wolf moon because wolves were more often heard at this time. There is no evidence they were howling for hunger though wolves do tend to howl more often during winter months,” according to information on the Old Farmer’s Almanac’s website stated.

The article added that some Native American tribes referred to the January moon as “old moon.”

“To others tribes, this was the Snow Moon, but most applied that name to the next Full Moon, in February,” the article continued.

The moon was visible in its entirety in North and South America, according to NASA’s Jet Propulsion Laboratory.