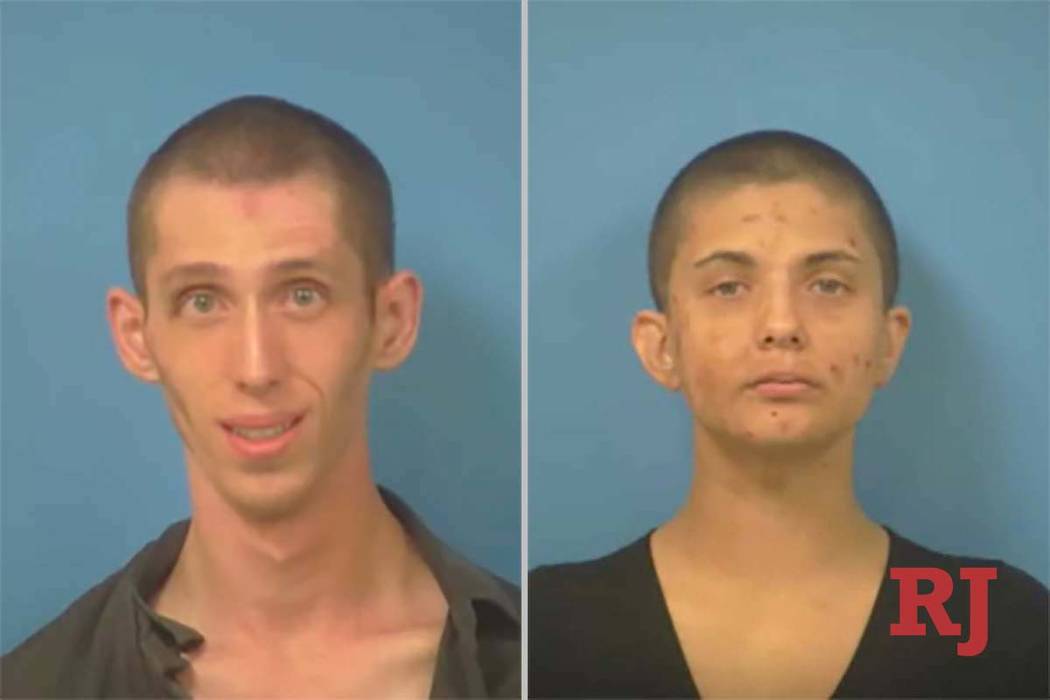 Nye County Sheriff’s Office via Review-Journal Suspects Alexander Reilly, 23, left and Raven Haynes-Thacker, 23, both of Las Vegas, were charged with resisting arrest, battery on a peace officer, possession of a controlled substance, and possession of drug paraphernalia. Additionally, Reilly was also charged with a headlight violation, evading a peace officer, driving under the influence, and causing damage to a motor vehicle. Haynes-Thacker was also booked on an outstanding warrant.

A potentially deadly situation was averted following a traffic stop in Beatty and pursuit to Amargosa Valley.

Tippetts went on to say that the driver then fled southbound toward Las Vegas and continued on Highway 95 for almost 40 minutes.

“Eventually, they turned around again and returned north toward Amargosa Valley,” he noted. “Several other officers responded and became involved in the pursuit. The couple stopped approximately 15 miles later at the Area 51 Travel Center in Amargosa Valley.”

Additionally, Tippetts said when deputies again attempted to take the passenger into custody, she still resisted.

“The driver also assisted in preventing the officers to take Raven into custody,” Tippetts said. “Eventually, they were both removed from the vehicle but were still resisting. The driver was placed in the back seat of a patrol vehicle, and while in the back seat of the patrol car, Alexander Riley broke out a rear window of the patrol vehicle with his head. The passenger, meanwhile, was able to slip out of the handcuffs and attempted to take a deputy’s gun from his holster.”

While taking inventory of the vehicle’s contents, Tippetts said deputies found a glass methamphetamine pipe and a small amount of methamphetamine, along with a handgun found under the seat.

“The behavior of the couple suggested that they were under the influence of methamphetamine,” Tippetts said. “Blood samples were taken from both suspects and they were transported to the Nye County Detention Center in Pahrump.”

Both suspects were charged with resisting arrest, battery on a peace officer, possession of a controlled substance, and possession of drug paraphernalia.

Reilly, meanwhile, was also charged with a headlight violation, evading a peace officer, driving under the influence, and causing damage to a motor vehicle.

Haynes-Thacker was also booked on the outstanding warrant.