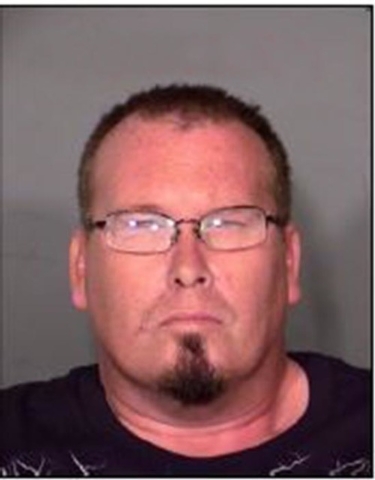 William Jones, the third suspect in a recent home invasion and burglary in Pahrump, has been arrested.

The 40-year-old Jones was arrested March 4 by Las Vegas Metropolitan Police and is currently being held in the Clark County Detention Center on a Nye County arrest warrant.

Jones will be transported to the Nye County Detention Center to face charges related to the Feb. 27 home invasion of an elderly couple and their 49-year-old disabled daughter. Jones was accused of being the getaway driver by an alleged accomplice.

The other two suspects, Carl Fort, 22, and Shaun Neubert, 20, both residents of Pahrump, were arrested Feb. 28 and face a number of felony charges related to invasion of the home, burglary, kidnapping and kidnapping with a deadly weapon on older person.

Fort and Neubert allegedly entered the home of 80-year-old Larry Jenkins and held him, his 75-year-old wife, and their 49-year-old disabled daughter at knifepoint while robbing them.

According to police, Fort and Neubert made entry into the home and found the victims asleep and assaulted them at knifepoint, eventually forcing Jenkins into another room that held a safe.

The three men were employed selling Kirby vacuum cleaners in the Pahrump Valley and may have come in contact with many local residents, police announced this week.

The Nye County Sheriff’s Office said in a press release that investigators contacted the local Kirby distribution company, and the owners are cooperating with the investigation “in order to help ensure the safety of local residents and customers.”

The Sheriff’s Office said two of the suspects have had their employment with Kirby terminated, and the owners said Jones will be fired too.

Anyone with information pertaining to this case is urged to contact the Nye County Sheriff’s Office at 775-751-7000 or sending a confidential email to ncso_detectives@co.nye.nv.us attention Detective Michael Eisenloffel.