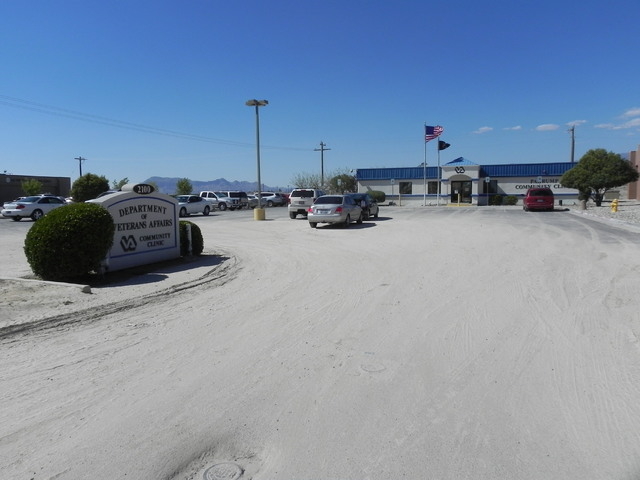 WASHINGTON – The Department of Veterans Affairs is being pressed to explain continuing delays in building a veterans health clinic in Pahrump, eight months after Nevada lawmakers said they were told groundbreaking was imminent.

“The critical demand for a quality veteran care facility has gone unanswered for far too long,” Rep. Cresent Hardy said in a letter sent to VA Secretary Robert McDonald.

In the letter sent on Friday and made public on Monday, Hardy asked McDonald to explain why the project has become stalled again, what steps the VA is taking to move it forward and how long it would take to complete.

“As a former contractor and businessman in Nevada, I am familiar with the challenges of building a state of the art facility and have personally handled projects of this size,” Hardy wrote. “From my experience there is no justification for this delay.”

Spokesman Scott Knuteson said Hardy has received conflicting reports about the project, hearing from some the VA is near-ready to break ground while others saying it could be another 12-18 months.

“Our multiple inquiries of the appropriate offices to this matter have gone unanswered,” Knuteson said. “That’s why we are engaging the VA secretary. We feel like we really need to get to the bottom of this.”

Hardy was questioned about the status of the clinic during his first visit to Pahrump as a Congressman-elect in December.

VA spokesman Richard Beam said the agency plans to award a construction contract in June. He did not explain the holdup. A spokeswoman said Sen. Harry Reid, D-Nev., also has renewed queries about the project.

“Our office has been in contact with the VA and we are making progress,” Reid spokeswoman Kristen Orthman said. “It is important that Pahrump’s veterans get this clinic which is why Sen. Reid has had numerous meetings and conversations with the VA about it.”

Reid and then-Rep. Steven Horsford, D-Nev., pressed VA officials in a meeting last June about the project, which had proceeded in fits and starts over the previous two years.

Soon after he was confirmed as VA secretary, McDonald signed paperwork to begin the permitting process to build a 9,948-square-foot clinic next to Desert View Hospital.

At the time, Horsford said groundbreaking could take place in September. But eight months later there is no visible evidence of progress at the site.

In the meantime, the VA in February celebrated a grand opening at a new clinic in Laughlin.

The Pahrump project had required a signoff from Washington after construction bids came in higher than the threshold for local approvals.

The clinic would roughly be double the 4,500-square-foot rented facility in use now on Calvada Boulevard.