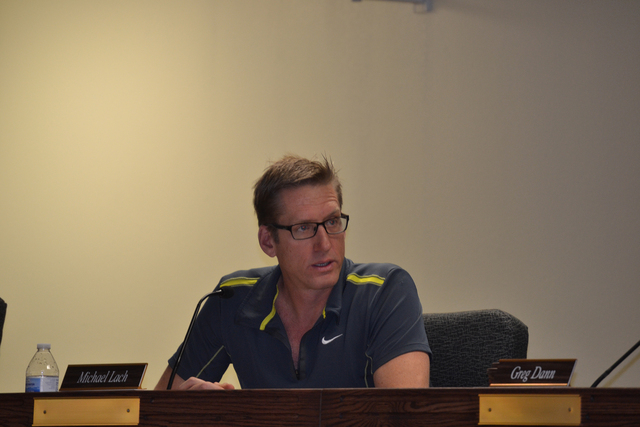 Citing a lack of time and progress by Nye County Water District, representative Michael Lach announced his resignation on March 23.

Lach told board members that they had become “paralyzed” for fear of making wrong decisions. Whether the basin has been correctly deemed over-appropriated or not, he said, action is needed by the board to address projected water shortage issues.

“The decision doesn’t have to be 100 percent correct. It can be 80 percent correct and fix the 20 percent later,” he said. “As a board, in general, we don’t move forward with making decisions.”

Lach lamented at the pace of government-based decisions compared to those made in the private sector, but conceded that a water shortage is not imminent. “The sky is not falling in Pahrump right now,” he said.

Data shows, he said, that 14,000-acre feet of water is pumped annually, with a recharge rate of 20,000-acre feet annually. “You put a two-percent growth rate on that and we have 19 years before those two things collide,” he said. The water district should start the planning process now, rather than wait, he said.

The board can continue to function with the current $5 parcel fee, he said, and still have money left over at the end of the year.

In addition to delayed progress by the water district, Lach said that he did not have the time necessary to do the job correctly saying he does not even have time to read supporting documentation prior to meetings.

His final meeting as a water district representative will be on April 27.