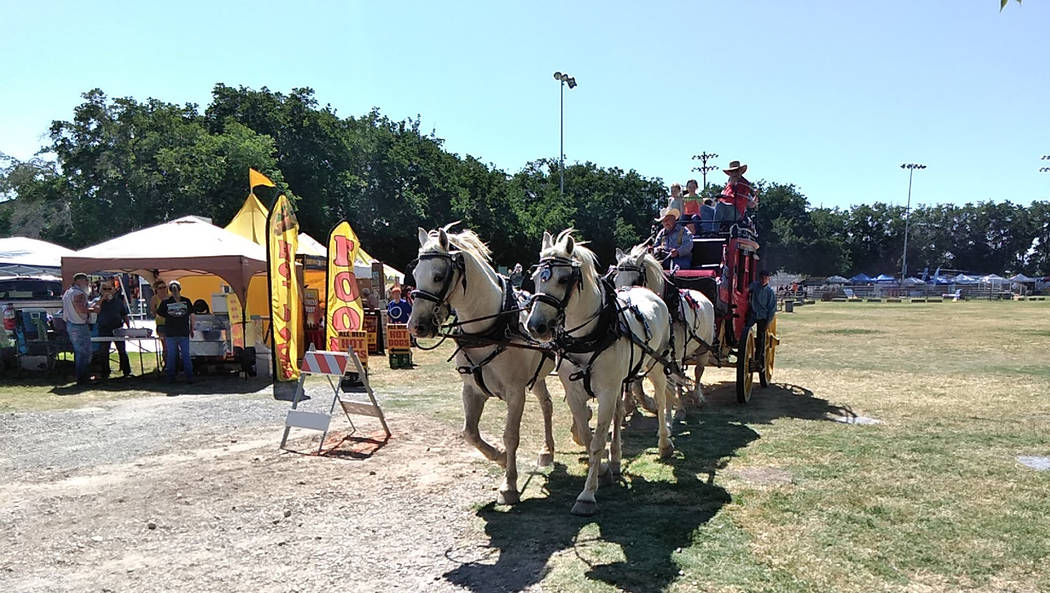 Selwyn Harris/Pahrump Valley Times George Liblin, a California resident was the stagecoach operator throughout the weekend. "We came in from Riverside, California, and if they want us to return, we will be back here next year because the kids were really having a good time," Liblin said. 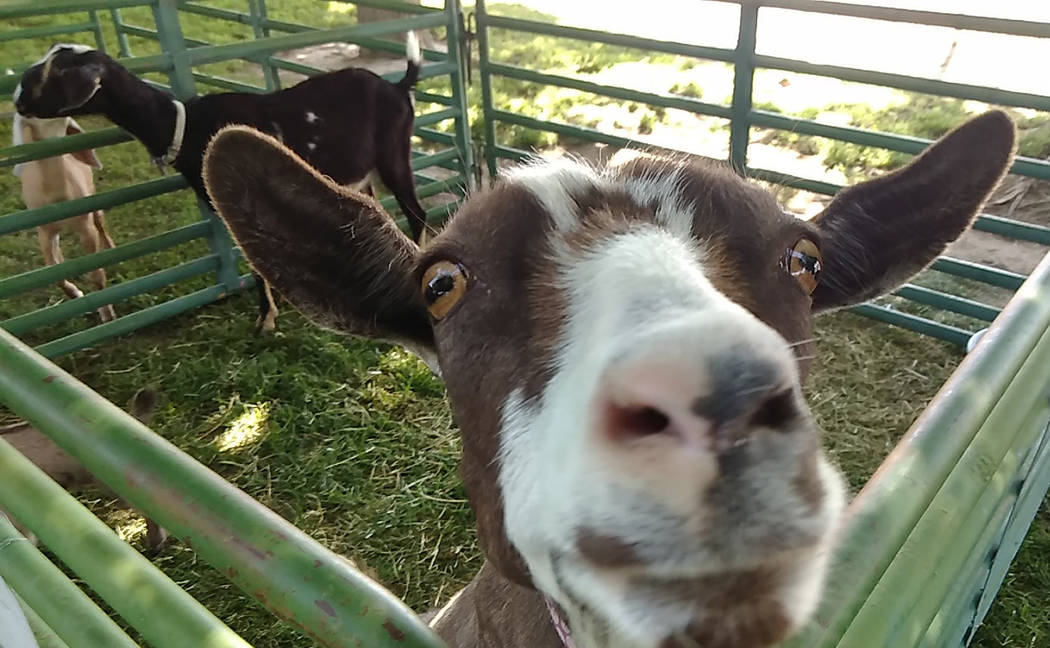 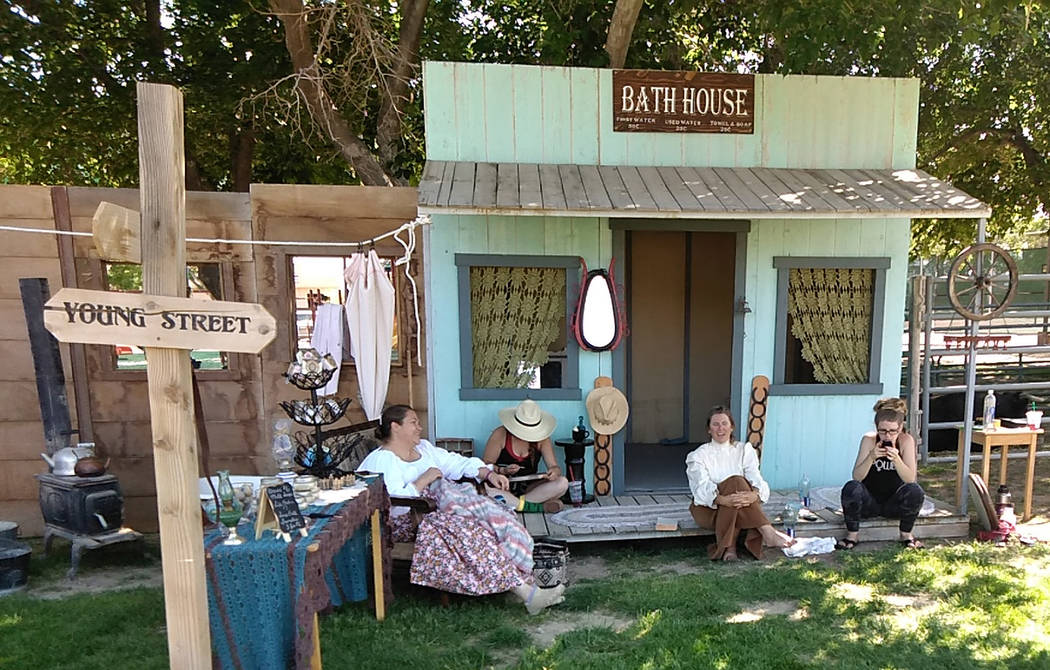 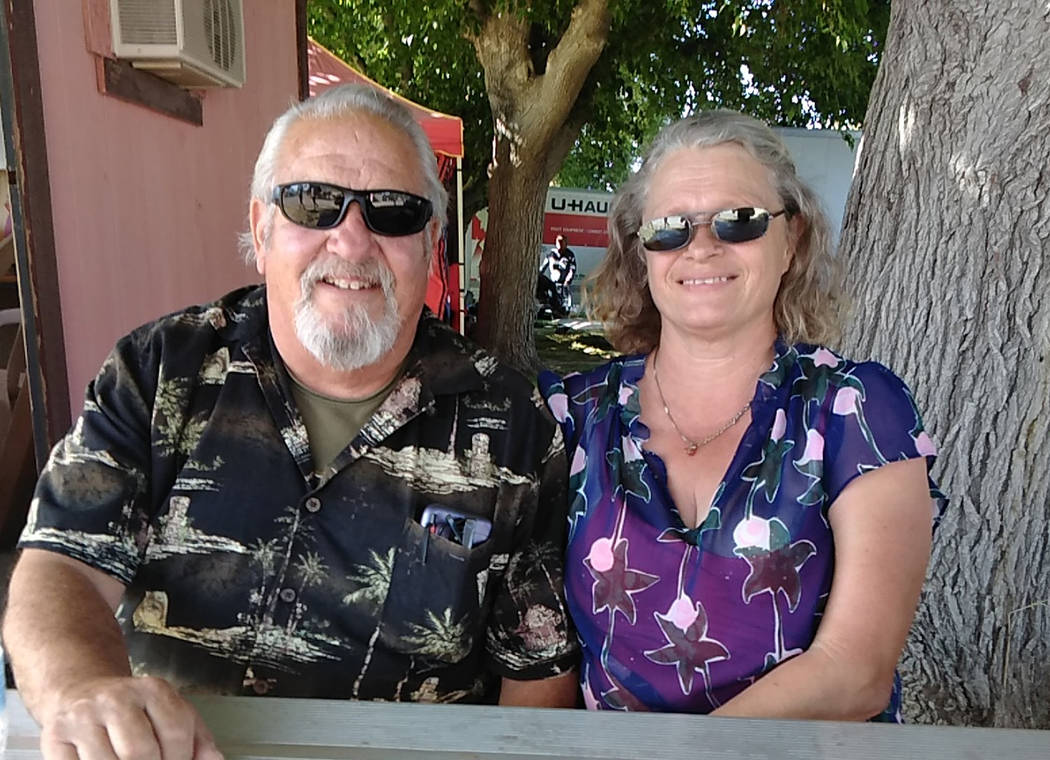 Selwyn Harris/Pahrump Valley Times Both, self-described “Snowbirds,” Conrad Cook and Teresa Douglas, traveled in all the way from Wisconsin. “I really like Pahrump, and that's why we keep coming back," Cook said. "We had a very nice time out here today.” 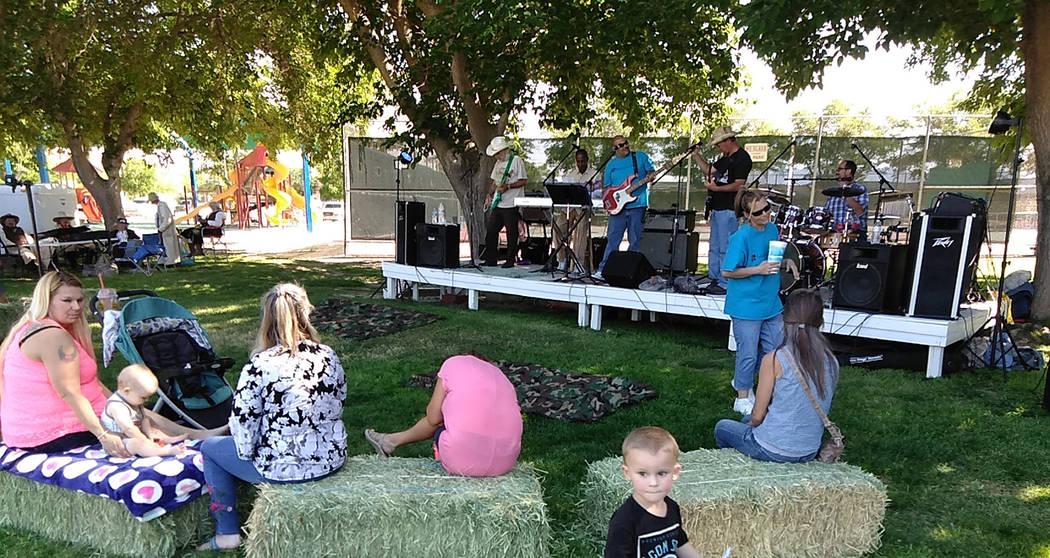 Selwyn Harris/Pahrump Valley Times Consisting of a group of five Christian musicians, the local band “Jstfyd,” performed on stage throughout the weekend. Gregg Chirpka, lead guitarist, said the band, which recently reunited, is comprised of five musicians from different churches in the Pahrump Valley. 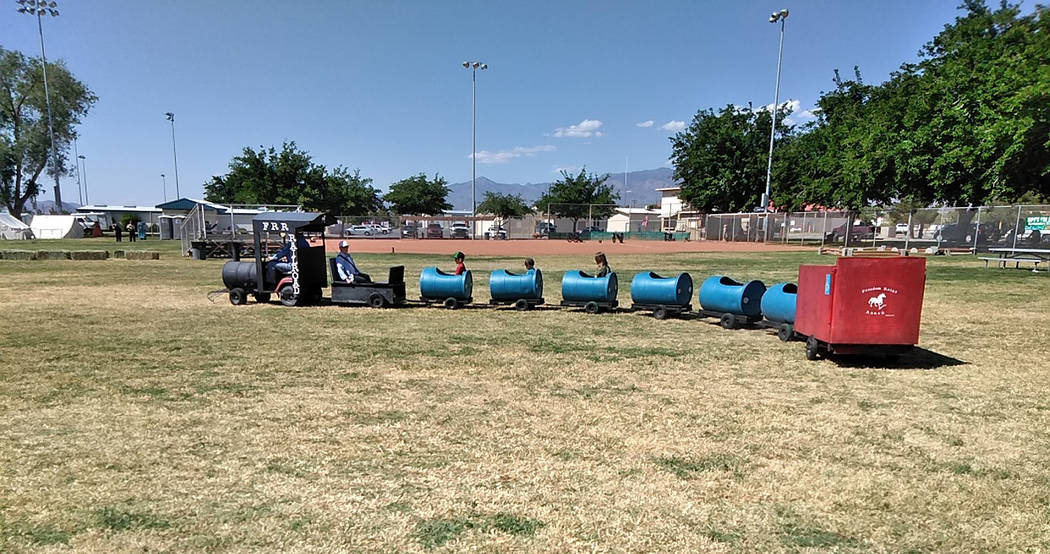 Tomahawk throwing, panning for gold and witnessing Civil War skirmishes were just a fraction of the activities during this past weekend’s Wild West Extravaganza.

The 17th annual event at Petrack Park attracted hundreds of attendees under sunny skies and mild temperatures, according to co-organizer Janice Maurizio.

“Things have been awesome here this afternoon,” she said. “We have fantastic weather, and we have had hundreds of people come out. It has been so much fun and everyone seems to be enjoying themselves.”

Maurizio noted that of the 45-plus vendors on hand, several were from out of town, including the Guns and Garters group, who arrived in from California, along with the Nevada Gunfighters from Carson City.

“We also have a stagecoach here that came out from California to offer rides around the park for only $1,” she said.

George Liblin, a California resident, was the stagecoach operator throughout the weekend.

“This is my first time at the Wild West Extravaganza here in Pahrump,” Liblin said. “Everything is going real good and the public really likes going on rides in the stagecoach. We came in from Riverside, California, and if they want us to return we will be back here next year because the kids were really having a good time.”

A reunion of sorts

Also having a good time was Gregg Chirpka, lead guitarist of the local band “Jstfyd,” or colloquially, “Justified.”

“We are a group of five Christian musicians, but we are playing secular music because that’s where our roots are,” he said. “We are comprised of five musicians from different churches here in Pahrump. This is kind of a reunion for us. We were together years ago, but we went our separate ways. Now we are back together again. We worked hard and put together the stuff that we do best because we only had two months to do it.”

Actor Carlton McCaslin said this year’s performance was entitled “A Shootout at Sadie’s Saloon,” where the saloon actually becomes the first church in Pahrump, he said.

“There are seven members in this cast, and I play the villain,” he said. “It’s always a lot of fun and we give popcorn to the kids so they can throw it at the villain. In fact, one kid threw popcorn that landed in my drink. We do a total of four shows for this event. The Shadow Mountain Community Players began performing at the Wild West Extravaganza almost 15 years ago. We also do other shows each year. Our next show this year will be out at the Nevada Treasure RV Resort in September.”

Traveling in all the way from Wisconsin, were Conrad Cook and Teresa Douglas.

Both, self-described “Snowbirds,” are set to head back to the Dairy State as temperatures begin to rise in Southern Nevada.

“We have been coming out to Pahrump for the past six years, and we have really enjoyed the Wild West Extravaganza over the years,” Cook said. “I really like Pahrump, and that’s why we keep coming back. We had a very nice time out here today.”

Maurizio, meanwhile, spoke about a brand new addition to the 2019 event.

“This year we have Civil War reenactors as well as our mountain men,” she said. “They actually perform skirmishes and when they get injured, they get bandaged up, just like the real thing, and the kids really enjoy it.”

Additionally, Maurizio said she and co-organizer Nye County Sheriff Sharon Wehrly are already thinking about how to expand on next year’s event.

“We are looking to start on Thursday instead of Friday,” she said. “That way, on Friday, we can have the schools come over, where the Civil War reenactors and mountain men teach the students. It’s actually teaching American history to our students, and if they have a lot of information to share to our students, why not learn it firsthand?”

Moreover, Maurizio said not only is the Wild West Extravaganza a very family-friendly event, it also boosts the local economy.

“All of the hotels are sold out, so that tells you something,” she noted. “I know we had hotel reservations at one of our resorts that got messed up for 16 hotel rooms, but the folks at Holiday Inn Express stepped up and helped us out with that issue. Last year, we fared OK. We are a nonprofit and are funded primarily by sponsors. Even though we had a fantastic turnout last year, we really didn’t make out too well money-wise. Next year we want to bring in more people from Carson City and surrounding areas. This event has always been a complete team effort.”

Remembering who started it all

Not long after Baker passed away, Sheriff Sharon Wehrly began organizing the event.

“We want to keep the history going and that’s what it’s all about,” Maurizio said. “I’m from the East Coast and I have learned quite a bit about the Wild West helping to organize the extravaganza. Next year we are planning on having a bigger group, so course we are going to be advertising a lot sooner.”