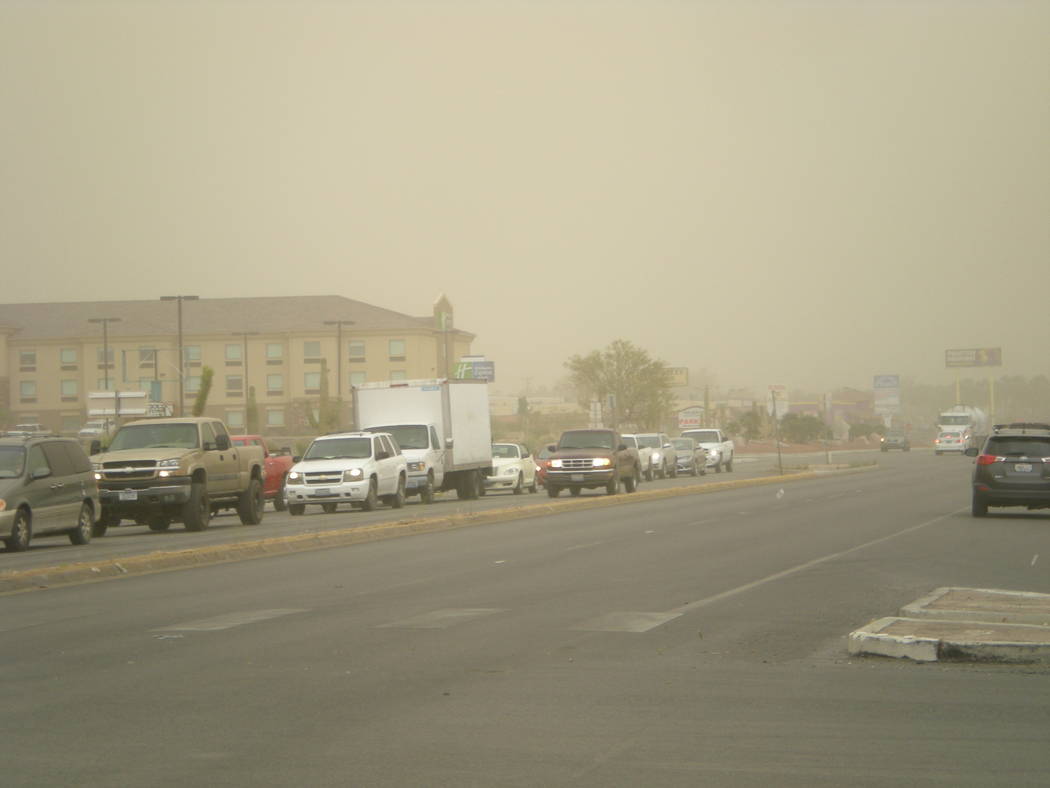 Vern Hee / Pahrump Valley Times The view of Highway 160 at the intersection of Highway 372. The wind was blowing up to 50 miles and hour on Friday and it caused a big dust cloud to engulf the town. 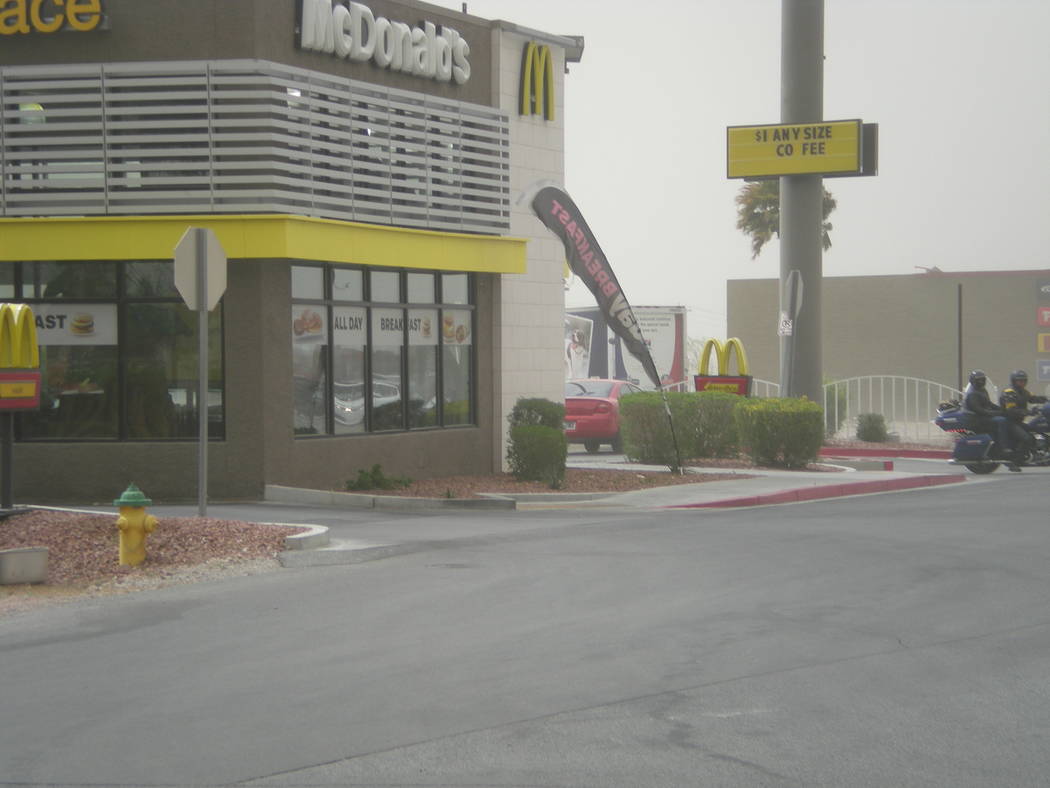 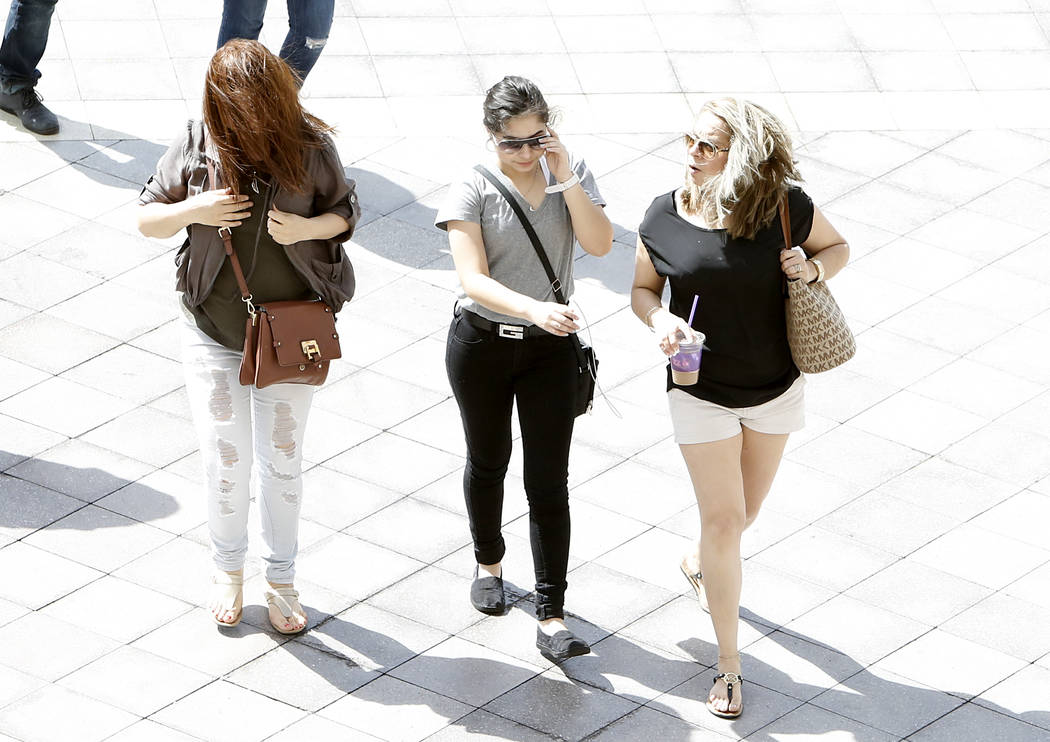 Pedestrians have their hair blown by wind as they walk along the Strip on Thursday, March 30, 2017. (Bizuayehu Tesfaye/Las Vegas Review-Journal) @bizutesfaye 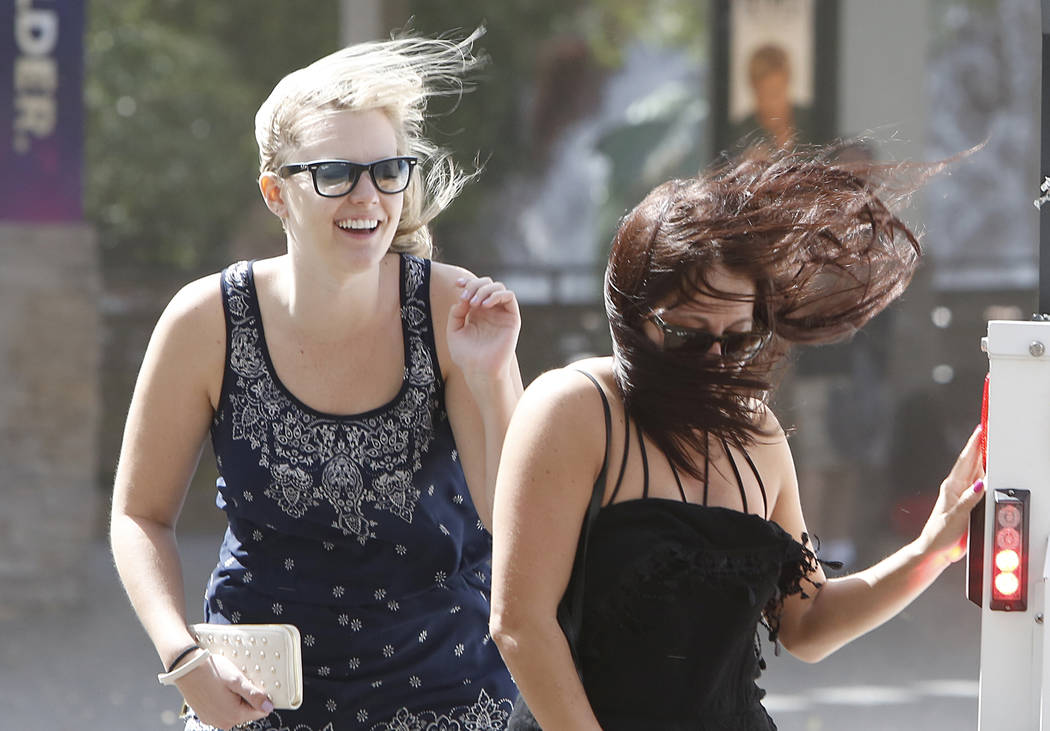 Pedestrians have their hair blown by wind as they walk along the Strip on Thursday, March 30, 2017. (Bizuayehu Tesfaye/Las Vegas Review-Journal) @bizutesfaye

As dust clouded the Pahrump area skies, the National Weather Service issued a high wind warning for residents throughout Southern Nevada until 9 . this evening.

Additionally, a dust storm warning was issued Thursday afternoon where visibility was extremely limited during the afternoon hours.

Crews from Valley Electric Association were scrambling on Thursday to address wind-related power outages throughout the day, as power outages were reported in Pahrump, Amargosa Valley, Beatty and Fish Lake Valley.

Wind gusts up to 60 mph were recorded in Nye County, where officials said all of the outages were wind-related.

The incident was the result of a malfunctioning electrical transformer, which caused a tree and grounds cover fire just before 9 a.m.

“As a precautionary measure, both the Nye County Sheriff’s Office and the fire department were informed and dispatched to the school,” Norton said. “Valley Electric Association responded. The school principal, an associate superintendent and a transportation supervisor were all notified and responded.”

“Everyone’s commitment to the health and safety of people and property is obviously in the forefront,” he said.

“The issue has been resolved, everyone is safe and power has been restored. I’d like to thank the Nye County School District staff, Manse Elementary staff, Valley Electric Association, along with the sheriff’s office and Pahrump Valley Fire and Rescue for the immediate response to the situation at Manse Elementary School this morning,” Norton said.

The gusts contributed to at least three semi-truck rollovers in the Las Vegas area along Interstate 15 due to the high winds on Thursday.

All lanes were blocked, while motorists traversed the scene by way of the highway’s shoulder.

Temporary structures such as tents and patio furniture should be dismantled to avoid damage.

Individuals with respiratory problems are advised to remain indoors if possible.