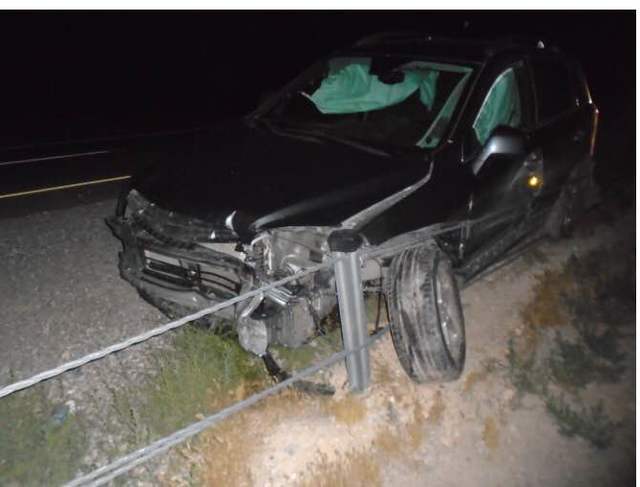 A unidentified woman crashed her Chevrolet SUV into the cable wires in the median of State Route 160 early Wednesday morning and fled the scene before Nevada Highway Patrol troopers arrived on the scene. A portion of the northbound lanes were shutdown for about an hour to remove the vehicle form the cable wires. Courtesy of the Nevada Highway Patrol 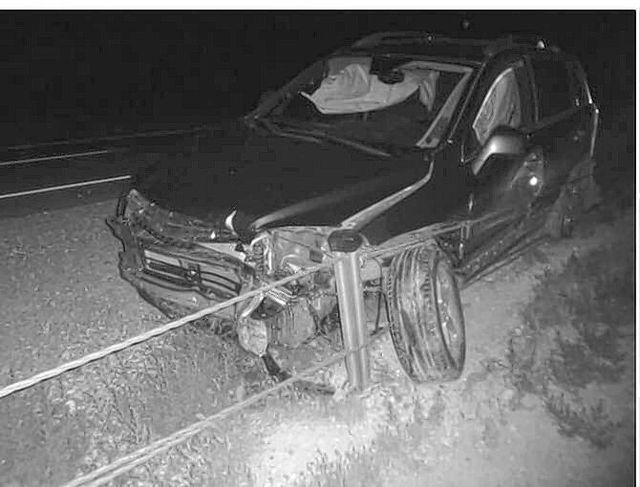 A late-night crash on State Route 160 led to law enforcement searching for the person responsible.

At 1:23 a.m., Wednesday morning, a single-vehicle crash occurred on northbound SR-160 just past Mountain Springs at mile marker 35, involving an unidentified woman, according to the Nevada Highway Patrol.

The woman allegedly crashed her grey Chevrolet sports utility vehicle into the cable wire in the median separating the northbound and southbound lanes on the highway.

NHP said witnesses saw a vehicle pull up a short time after the crash took place and pick up the woman involved in the crash, fleeing the scene before NHP troopers arrived.

Nevada Highway Patrol shut down a portion of the northbound lanes from 3:34 a.m. until 4:45 a.m. for the the tow truck to work the car out of the cable wire. Traffic was diverted onto the shoulder, so travel was not completely shut down during the hour-long ordeal.

NHP said that they know the identity of the woman, but did not release her name. It is unclear whether she will face any charges, once located.