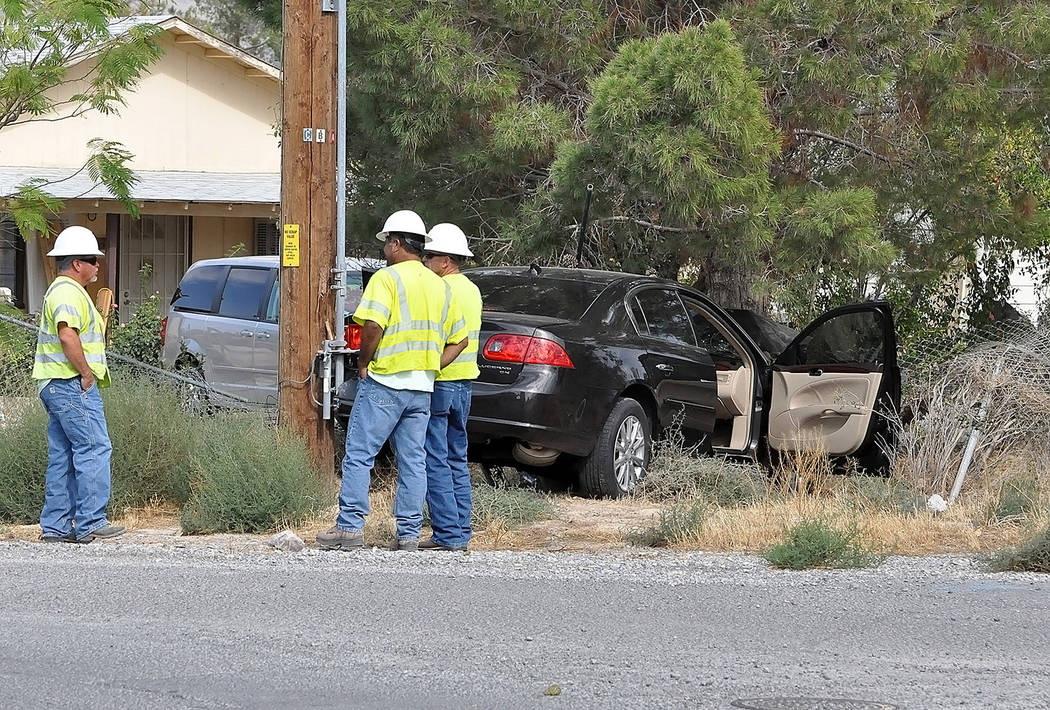 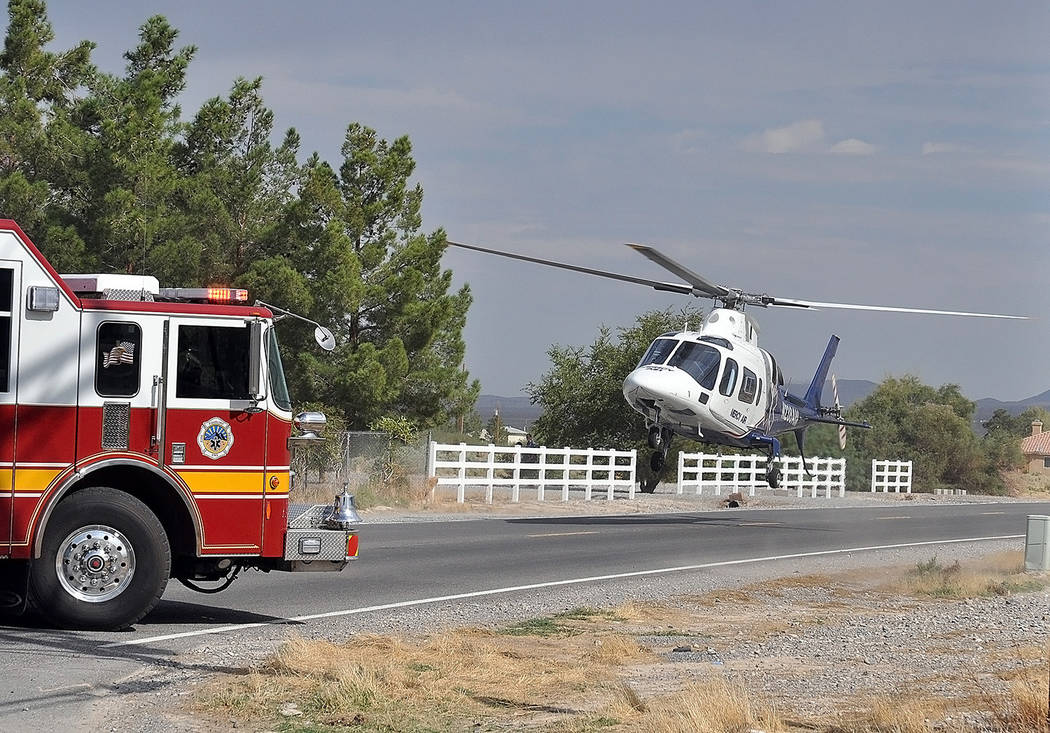 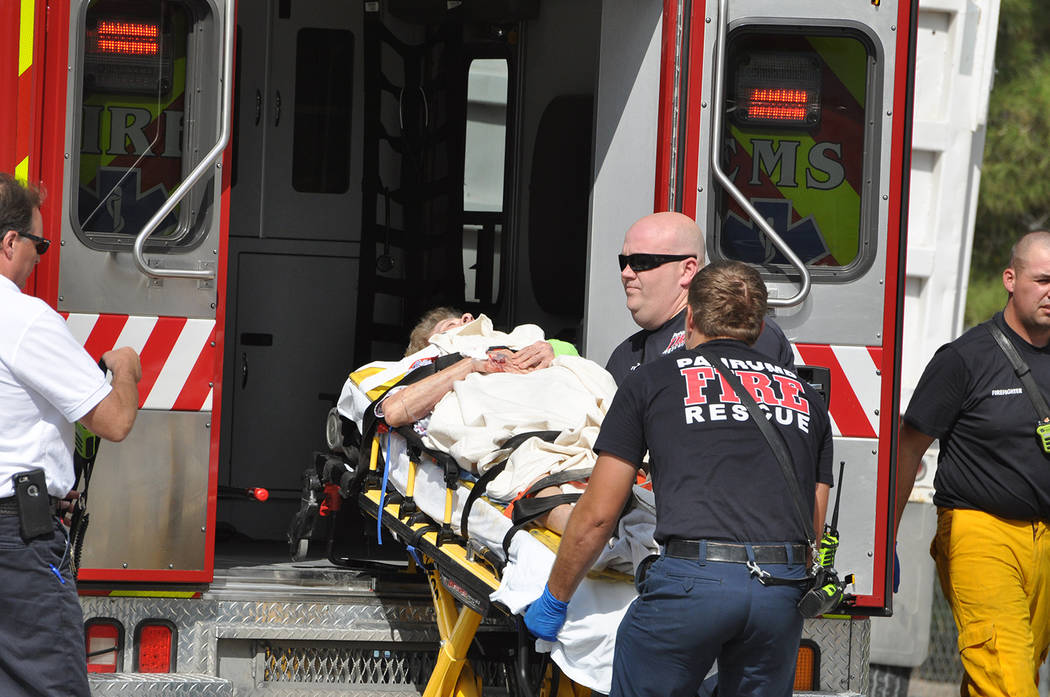 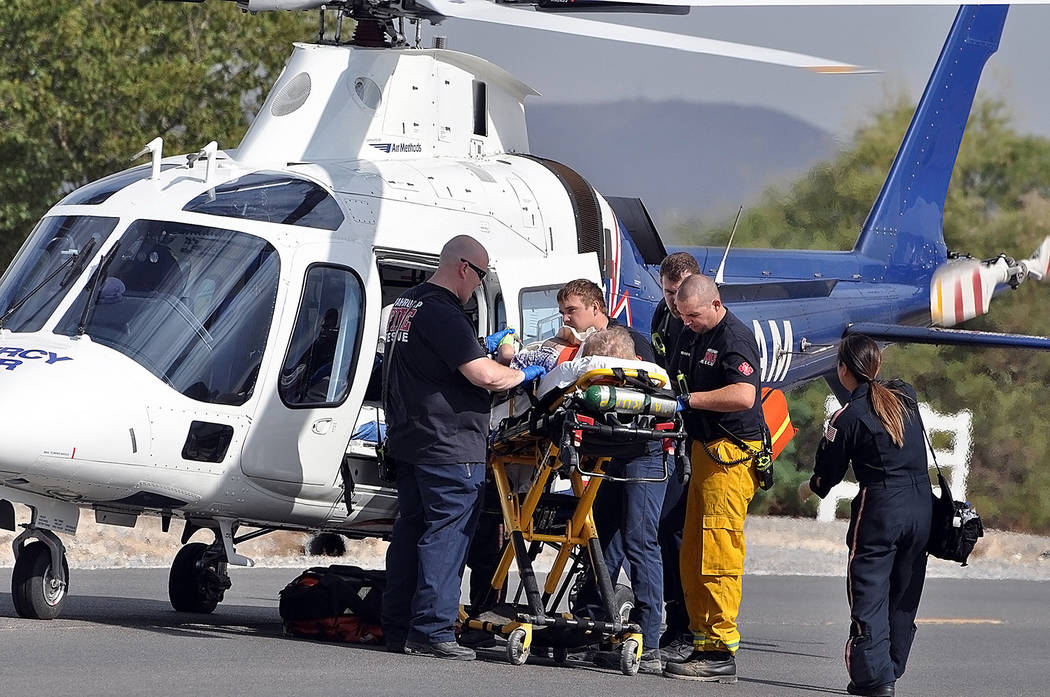 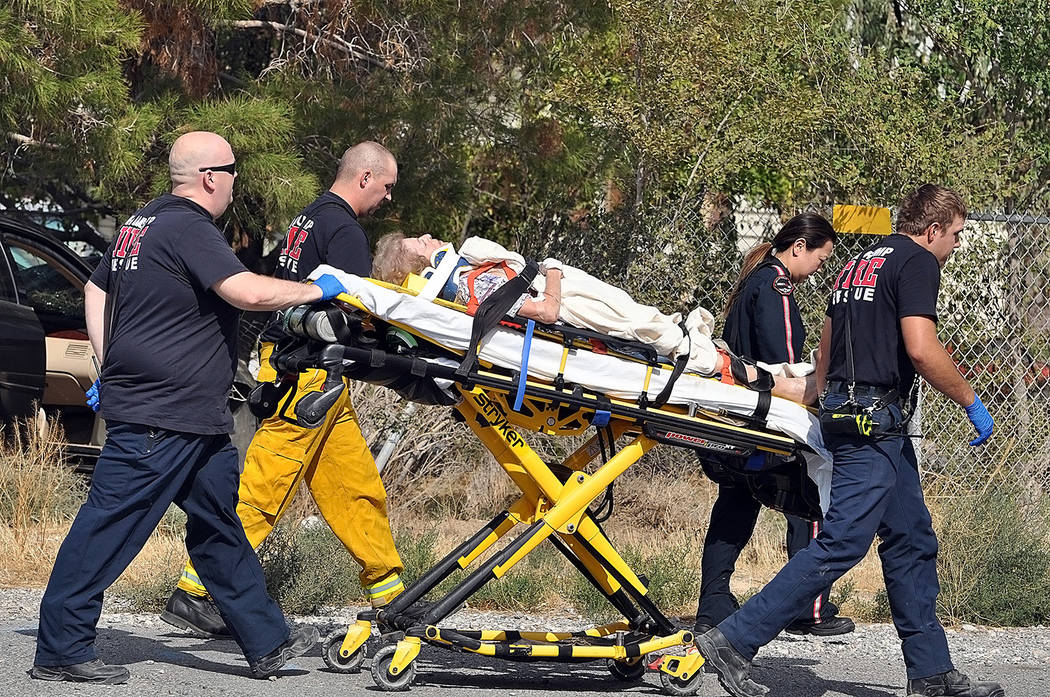 A Pahrump woman was flown to UMC Trauma in Las Vegas following a single-vehicle crash at the intersection of Blagg and Harris Farm roads late Tuesday morning, Sept. 5.

“This was a motor-vehicle crash and rescue assignment where the vehicle ran into a fixed object, being a tree,” Lewis said.

“Crews arrived and found the patient medically entrapped inside the vehicle. The injuries sustained warranted flight from Mercy Air 21, which was brought to the scene, where a landing zone was established on North Blagg Road.

“Patient care was transferred to Mercy Air 21, and that patient was flown to UMC Trauma,” Lewis said.