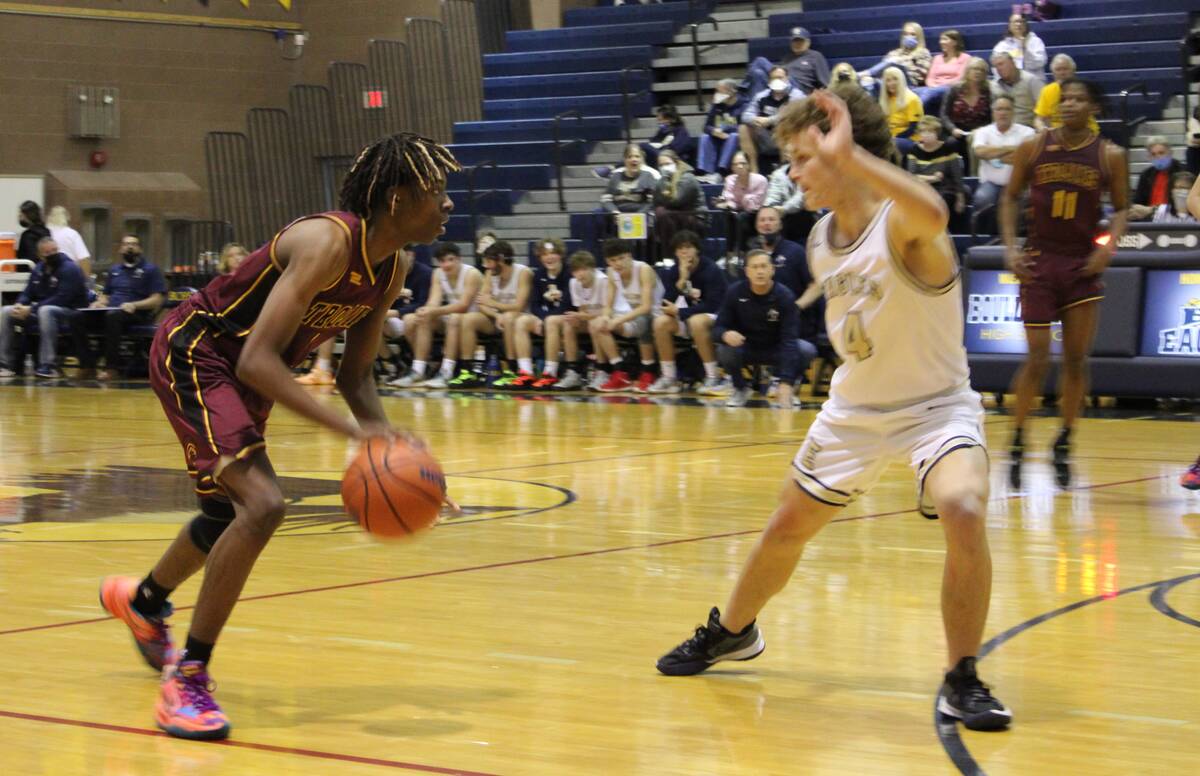 The game was a lot closer than the score shows. The Trojans were in the game the entire way until the fourth quarter, when injuries and foul trouble started to play a factor.

Both teams got off to a slow start offensively. Neither team shot very well from the court through the whole game. At the end of the first quarter, the Trojans were leading the Eagles 9-6.

In the early stages of the second quarter, Pahrump Valley had the first of its two significant injuries in the game.

Senior forward Syblue Glisson came down awkwardly during a play and injured his ankle. He had to leave the game and wouldn’t return.

Even with the loss of Glisson, the Trojans found themselves in a 13-13 tie going into the locker room at halftime.

Senior guard Ewayne Brown did most of the scoring for the Trojans offense. He finished the game with nine points and eight rebounds.

Brown suffered the second of the two injuries for the Trojans. He left the game in the fourth quarter after injuring his knee while trying to drive past an Eagles defender.

With Brown not being able to return, it was a huge blow for the Trojans on both ends of the court.

Following Brown’s injury, and with guards Robert Simms and Daxton Whittle getting into foul trouble, Boulder City was able to take advantage and make a run in the fourth quarter to spread their lead.

The Eagles outscored the Trojans 14-2 in the fourth quarter, ultimately winning the game by a score of 36-22.

With this loss, the Trojans’ record falls to 5-9 overall and 2-2 in league play, which puts them in the seventh seed for the regional playoffs with just five games left. They’ll host Boulder City in the final game of the season, potentially with a playoff spot on the line.

Pahrump Valley’s next game will be on Friday, Jan. 28, when they host Pinecrest Cadence. The Trojans won the first meeting against the Cougars earlier this season by a score of 69-40. Tipoff is scheduled for 6:30 p.m.