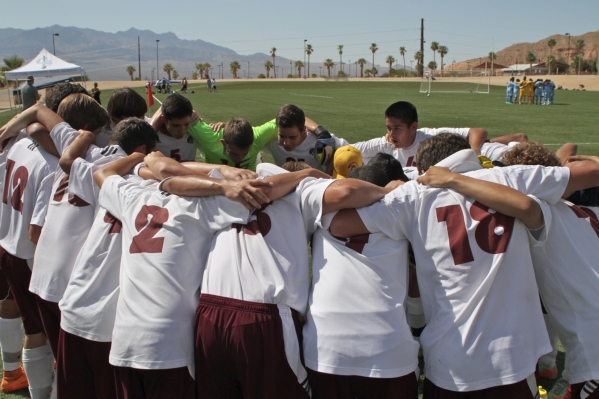 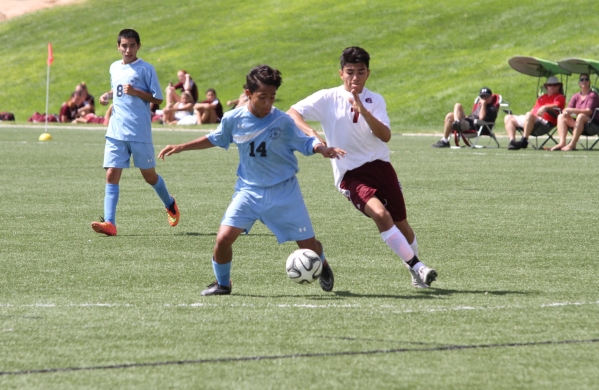 New Trojans boys soccer coach Wes Icard was pleased with his team’s play, making it to the Saturday final of the Mesquite Cup.

“We played really well,” he said. “We just couldn’t finish. The team kept choking when they got close to scoring. I think it was the kids being nervous in their first varsity game. I have a young team with only two players returning from last year.”

The team lost Saturday to Canyon Springs, 4-0. On Friday, Pahrump Valley beat Moapa Valley 5-4 in a shootout. The game finished tied at zero.

Icard thought his team, which is heavy in juniors this year, dominated Moapa.

Christian Gonzalez had a great game against Moapa and was moving the ball around defenders, the coach said..

The Trojans then defeated Adelson, 3-0. Icard said this team had improved, having won their first tournament game prior to playing Pahrump.

“After our third goal halfway through the second half, I took the first string out and let the second string play,” Icard said. “I brought nearly 20 players to the tournament and wanted my non-starters to play as much as possible.”

The Canyon Springs game was the final of the tournament and was the only game played on Saturday.

“We were playing on lack of sleep,” the coach said. “It was a hot day and the teams were playing hard. Canyon Springs wore us down on passing. They played like I expected our team to play, with a lot of good passing. Our guys were dead at halftime.”

Canyon Springs was a good Division I team having made the playoffs last season..

Despite the loss, the coach likes the way his team played overall.

“We are in a good spot,” he said. “I am feeling good about where we are at. My team fought hard and I am proud of them.”