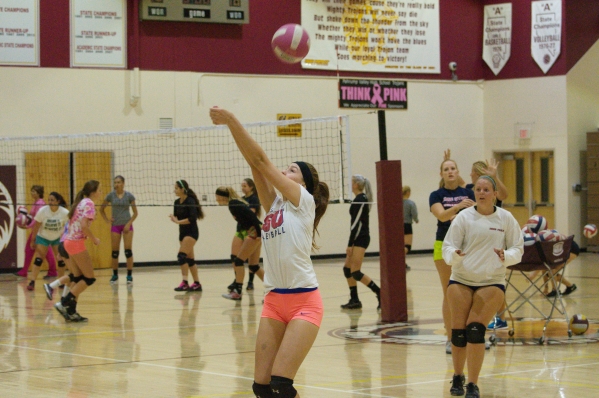 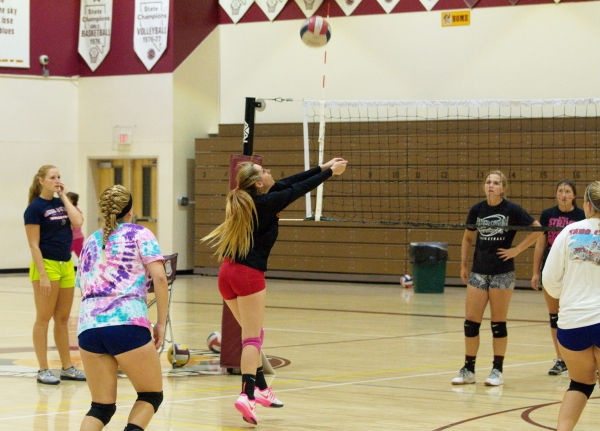 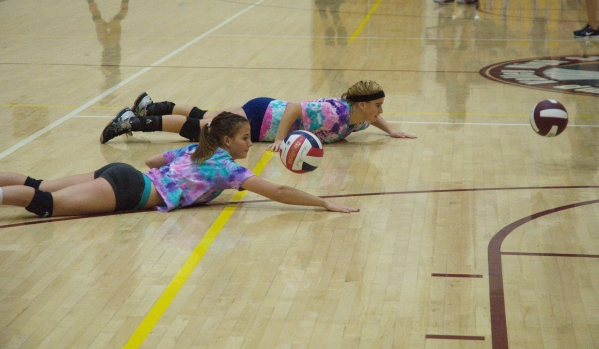 Trojans Volleyball swings into action at the Las Vegas Invitational volleyball tournament. The girls will be playing at Foothill High School on Friday and Saturday.

The following schools are in their bracket: Silverado, Shadow Ridge and Lake Elsinore (Calif.).

Trojans coach Jill Harris is excited about her team’s prospects this year.

“We looked great during our scrimmage last week,” she said. “We scrimmaged against Centennial, Legacy, Rancho, Desert Oasis, Liberty and Green Valley. I think we were competitive against all those schools.”

During scrimmages the coaches aren’t allowed to keep score.

“We were in every game,” the coach said. “We would play each team for about 20 minutes and then switch. I think we played them all twice. It was fun because we got to play teams we normally wouldn’t play.”

Harris feels her team will be scrappy this year. Against those teams they were able to work well as a team in both offense and defense.

“I think we have a great team this year,” she said. “I watched Faith and I was not impressed. That team is rebuilding. If we got a year, this is it. This year I look forward to playing Faith.”