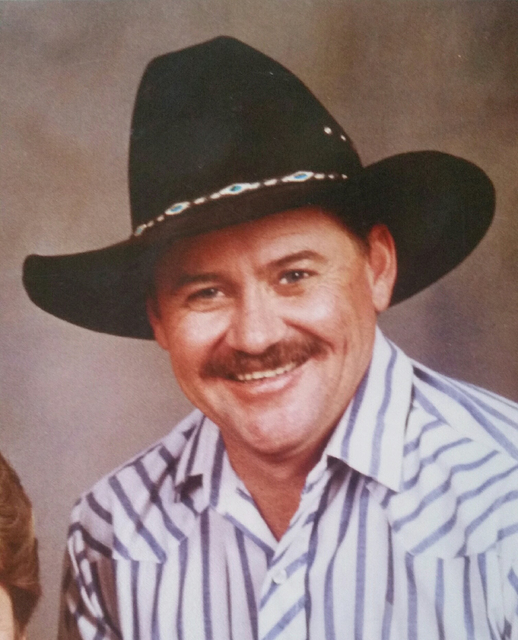 The Tonopah region is mourning the death Dean Otteson, remembered by the owners of the Mizpah Hotel as a trailblazer and more.

“Our mentor, our friend, our favorite [racehorse] jockey, miner, storyteller and trailblazer was called to a new frontier on Wednesday, October 26, 2016…” Fred and Nancy Cline said in a Facebook post announcing Otteson’s passing.

“Dean Otteson is not just another guy who passed through our lives,” the Clines said. ”He was a living pioneer, a man with his own mind, and his own set of high standards and integrity …the likes of which isn’t easy to find anymore.”

Otteson, 62, died as the result of cancer, said his wife of 42 years, Donna, hotel manager at the Mizpah Hotel.

“He passed away here at home,” Donna Otteson said.

The couple own Otteson’s turquoise shop inside the Mizpah. The Otteson family also own several turquoise mining areas in Central Nevada, including the Royston Turquoise Mine about a half-hour from the Mizpah.

Dean Otteson had been a Tonopah-area resident since 1961.

“I would definitely say that he was a Nevada treasure,” Donna Otteson said. “He was very well-known worldwide.”

“He got real sick about two years ago and almost died, and that’s when they diagnosed the cancer,” she said. “So he hasn’t been as active the past two years as he was prior, but he definitely was still involved in the business.”

Earlier in his career, Dean Otteson was a professional racehorse jockey for about nine years, competing at tracks from California to New York.

“He went back and forth,” Donna Otteson said.

“They actually called him ‘The New Manassa Mauler’ when we were back East because he actually was born in the same town as Jack Dempsey. They were the only two professional athletes to ever come out of Manassa, Colorado.”

Dempsey, the world’s heavyweight boxing champion from 1919-1926, was known as the “The Manassa Mauler” when he was fighting.

“Jack Dempsey actually awarded him a trophy the first time he (Otteson) ever won a race when he was 10 years old,” Donna Otteson said, adding the event was at the Pioneer Derby in Manassa.

In Tonopah, the Clines, who restored and reopened the Mizpah in 2011, wrote a more than 230-word Facebook post on Oct. 28, paying tribute to Dean Otteson.

“His laugh, his gravelly voice imparting unending streams of common sense, and his sense of humor, which never failed to clear the air and define the moment, are all with us for the rest of our lives …” the Clines wrote.

“They say he is gone, but he is not gone …He’s in the next room, he’s around the corner, he’s in our hearts, minds and souls …Dean can be found at the Mizpah, laughing, and rolling his eyes at the irony of life, playing his lucky machine, loving Donna, and loving life,” the post continued.

“Those of us who knew Dean will move ahead in our lives with him always right beside us. Thanks for the memories Dean, but truly thanks for defining for all of us what it means to be a great man, a great friend, a great trailblazer …” the Clines added.

Services are planned for Saturday, Nov. 5 at the Church of Jesus Christ of Latter-Day Saints in Tonopah.

A public viewing is planned from 10 a.m. to 10:45 a.m. with services to start at 11 a.m. A reception is planned in the church after burial services at the modern Tonopah Cemetery.