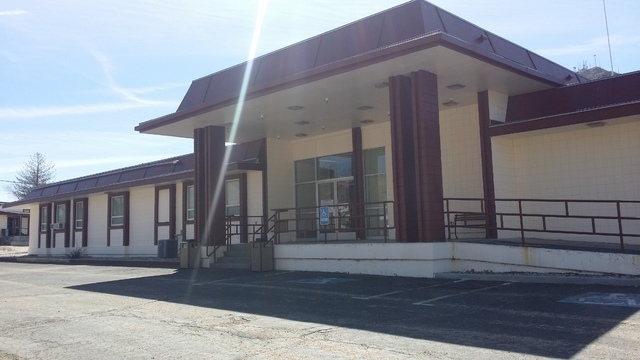 When could Nye Regional Medical Center reopen as an urgent care?

That’s what Tonopah area residents have been waiting to hear since the center closed last summer and as a proposed deal with Renown Health of Reno awaits finalizing.

Vehicles were spotted at the closed hospital off South Main Street this past week.

“Renown is in town this week, they’re at the hospital, they should be there all week,” Assistant Nye County Manager Joni Eastley said at the Feb. 24 Tonopah Town Board meeting. “They’re pulling (communications) cable and getting ready to install their telemedicine equipment,” she said. “We don’t have an agreement with them yet, but I think that indicates their commitment to getting that agreement done.”

“She’s been working very hard to bring the hospital package together with Renown,” Seley said, adding that “because of the hours she’s put into this and people wanting information,” Wichman planned to post updates via Facebook. “Currently the energy is being spent on establishing a clinic from which to build,” Wichman said in a post on a Facebook page called “Save Nye Regional Medical Center.”

That is to be followed, “very closely by an urgent care facility,” Wichman continued. “Due to the requirements to maintain a hospital, it is currently financially unsustainable, requiring nearly 50 employees (so I have been told) before admitting a single patient,” she wrote.

Eastley said at the town board meeting, “It’s been really heartbreaking and frustrating, infuriating.”

Town Board member and clerk Janet Hatch said, “We have a lot of people behind the scenes who have really been working on this for us. It looks like a snail’s pace but thank you.”