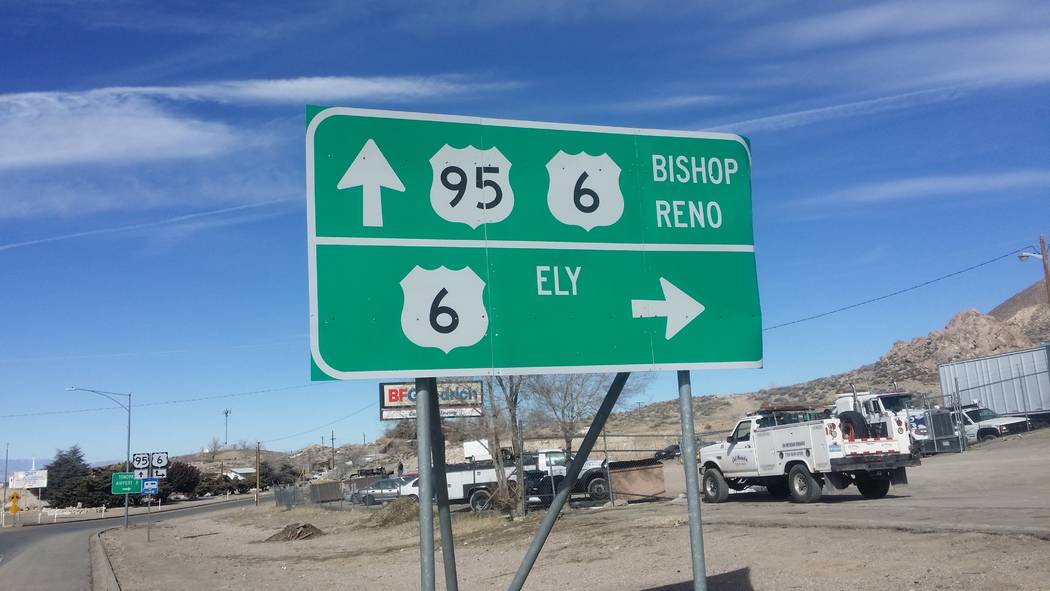 David Jacobs/Times-Bonanza The Tonopah location will provide various strategic benefits, serving as a venue for research and analysis, storage, and as an auxiliary testing facility, the news release said.

The Tonopah location will provide various strategic benefits, serving as a venue for research and analysis, storage, and as an auxiliary testing facility, the news release said.

“As we continue to scale our mining, extraction, battery recycling and distressed asset acquisition operations, it made sense to expand our physical footprint in Nevada,” American Battery Metals Corporation Chief Executive Officer Doug Cole said in the release. “This additional office space complements our Incline Village office as well as our full chemical laboratory in Virginia City, providing company personnel with multiple locations from which to conduct company business,” Cole said.

According to the company’s website, the American Battery Metals Corp. is a start-up lithium exploration mining company whose purpose is to explore mineral properties, which hopefully will contain lithium and other economic minerals.

“We were incorporated under the laws of the state of Nevada on Oct. 6, 2011 for the purpose of acquiring rights to mineral properties with the eventual objective of being a producing mineral company, if and when it ever occurs,” the statement on the company’s website reads.

The company is focused on its Railroad Valley battery metal project in Nevada with the goal of becoming a substantial domestic supplier of battery metals to the increasing electric vehicle and battery storage markets in America. American Battery Metals Corp. currently has mining claims on 26,000 acres in the area known as the Western Nevada Basin in Railroad Valley in Nye County, according to its website.

With many features similar to Clayton Valley and with no exploration work targeting lithium to date, Railroad Valley represents a new and untested target for lithium brine, according to American Battery Metals Corp.’s website.

Attempts were unsuccessful to reach officials for more information.