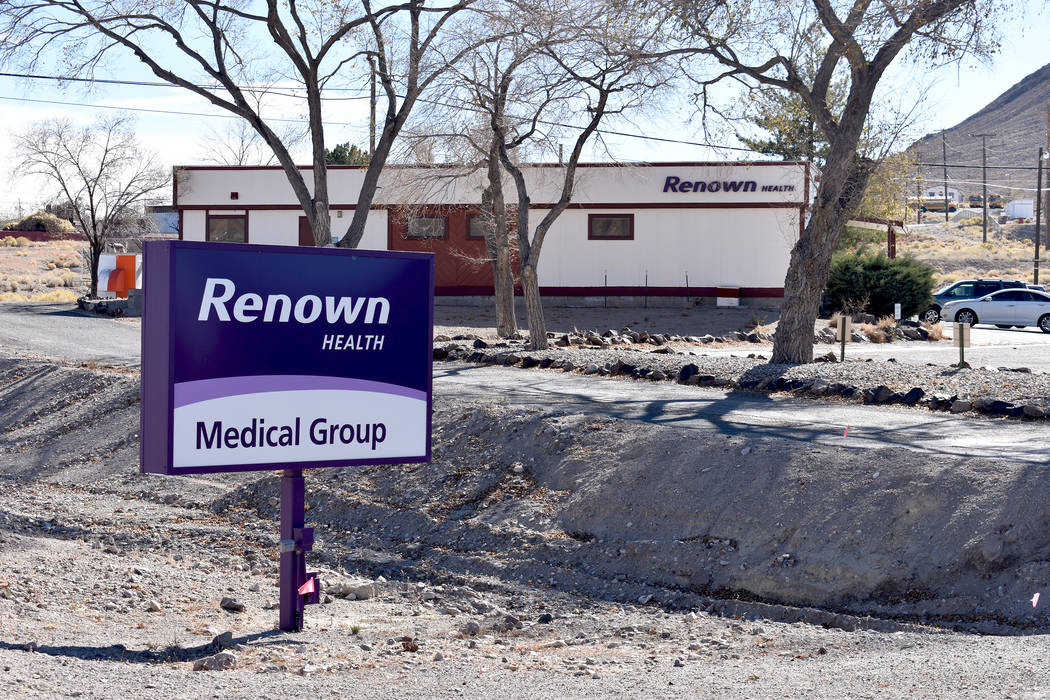 Daria Sokolova/Pahrump Valley Times A look at Renown Health in Tonopah as shown in a 2017 photo. Nye Regional Medical Center closed its doors in 2015 due to financial woes, leaving Tonopah residents more than 100 miles away from the nearest hospitals. 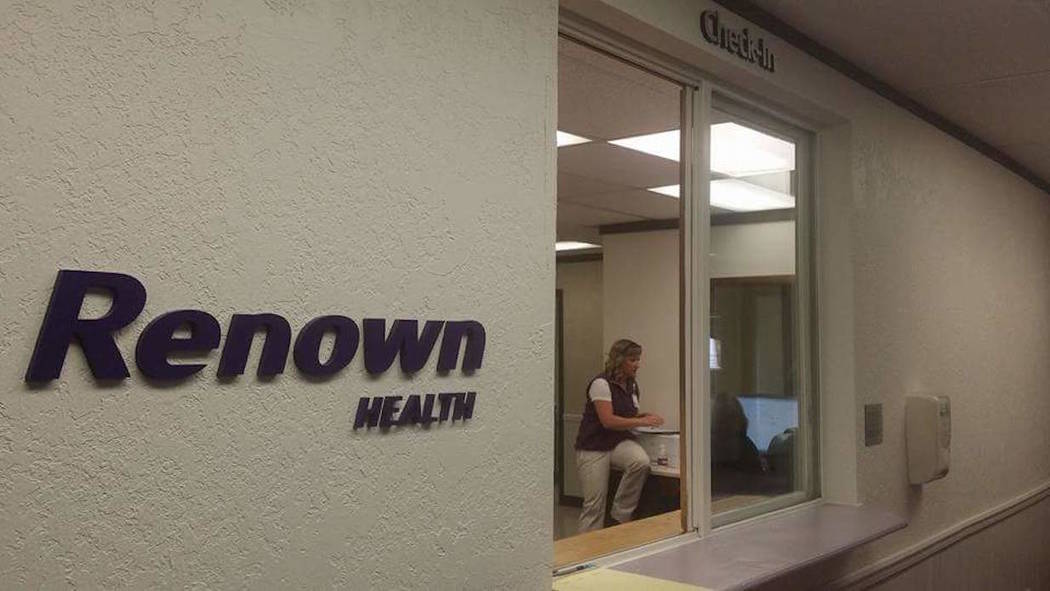 David Jacobs/Pahrump Valley Times The Renown medical office in Tonopah as shown in a photo in 2016. 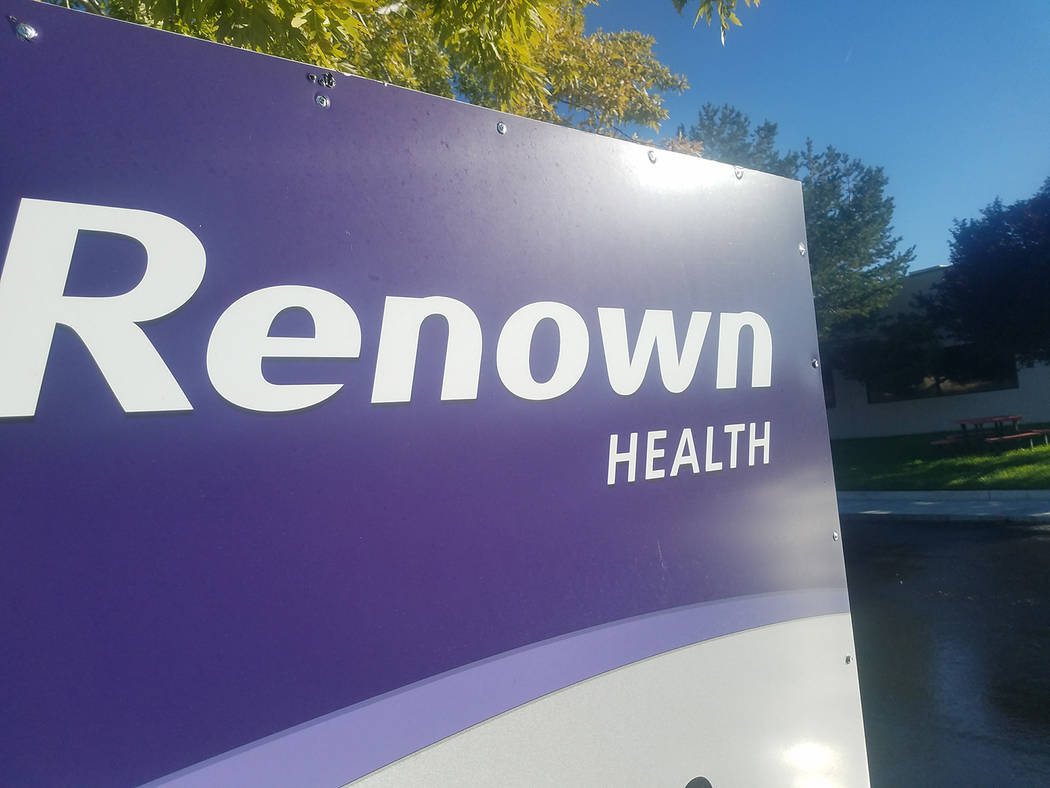 David Jacobs/Pahrump Valley Times Gary Beck, director of rural health services at Renown Health, said Renown’s clinic in Tonopah a physician assistant is going to start either at the end of October or early November. Renown is based in Reno.

After more than a three-year hiatus, Tonopah will get a full-time physician’s assistant, officials said.

Nye Regional Medical Center in Tonopah closed its doors in August 2015 due to a grim financial situation, making the nearest hospitals more than 100 miles away. Renown Health had opened a telemedicine clinic in June 2016 but the facility didn’t have a full-time medical professional on site.

Gary Beck, director of rural health services at Renown Health, said a physician’s assistant is going to start either at the end of October or early November at Renown’s clinic in Tonopah.

“We are just very fortunate to find someone that is willing to come to the area and we are pleased that we got somebody and that they can be there in person for the time that we scheduled (them) to be there,” Beck said.

Nye County had tried to find a full-time physician for years after the Nye Regional Medical Center shut down, but the task proved to be challenging for the rural area between Las Vegas and Reno. Beck said Renown Health found a new hire through its system.

“We found this person on our own, fortunately. We appreciate that Northern Nye County Hospital District and Nye County have tried to emphasize their needs to have a provider in the area, but we got a very skilled recruiting department to put the word out,” he said.

Beck declined to identify the new hire by her name and said that she has yet to go through her orientation with Renown Health.

“We promised her that we would not disclose her name until she was certain that she was in good standing with her present employer and so we would like to at least not divulge that information at this time. At some point we will probably make an announcement,” he said.

Beck said the person who was hired currently works and lives in Las Vegas and will commute to Tonopah. Her schedule will be Monday afternoon through Thursday and she will not be in the office on Friday. Renown already has arrangements with Nye County for housing, Beck said.

“We consider it a full-time position although she is not going to be there five days,” he said.

Beck said Renown still has to account for travel as the new hire is not going to live in Tonopah and will commute from Las Vegas.

“She has chosen at this point and time in her career that she is not going to live full time in Tonopah,” he said.

The new hire already has two orientation dates scheduled for October. Beck said throughout the process, she will spend time shadowing Renown’s physicians and learn its electronic medical system, among many other things.

Earlier this year, Reno-based Regional Emergency Medical Services Authority, REMSA, and Renown Health entered into two separate professional agreements with the Northern Nye County Hospital District for an expansion of services over the next year.

Recently, Renown Health expanded its services at the Tonopah clinic. It added an X-ray, urgent care and treatments and follow-ups for work-related incidents to its array of services.

From January through July of 2018, Renown’s clinic in Tonopah has seen 191 new patients in primary care and 771 established patients who have visited clinic more than once, Beck said.

The new physician’s assistant will be able to prescribe medications, Beck said.

“She is going to see pediatric, adult, senior patients in the clinic. Our preference would be for her to see the new patients and established patients in primary care, but if her schedule allows, she certainly can see walk-in urgent care patients. We have a capability of providing those services via telehealth services, so we would like her to really concentrate on the primary care,” Beck said.

Beck declined to comment on the salary and details of the contract.

“We are just glad that we found somebody that’s willing to come to Tonopah and I think she has got a nice background. She is going to be a great asset to the community, and we are very anxious to have her start in Tonopah as soon as possible,” Beck said.