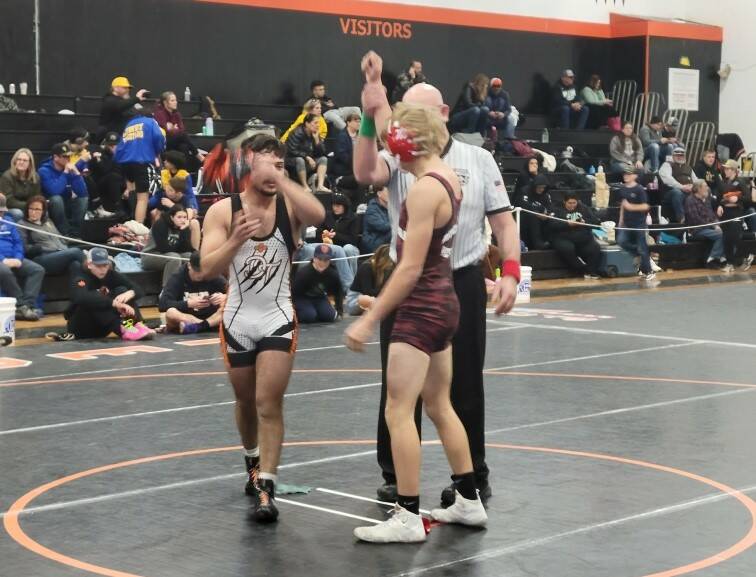 Tonopah had seven wrestlers in the tournament.

Macie and Montana Strozzi and Brianna Sanderson all represented the Muckers in the 113-pound weight class.

Macie and Brianna faced each other in the first round of the consolation bracket. Macie came out on top with a 6-4 decision victory after scoring a reversal just before the end of the second period.

In the 126-pound weight class, Mitchell Miller had the most success of the Mucker wrestlers.

He would go on to finish in third place, securing a victory with a third-period pinfall. Miller had a 4-1 lead on the scoreboard before getting his pin.

Senior Talon Smith and junior Samuel Nichols were the only other Muckers who placed in the top six of their weight divisions.

Smith made it to the semifinals of the championship bracket before falling just short and being pinned in the third period by Sage Adie of Douglas High School.

Following his loss in the championship bracket, Smith dropped both of his matches on the consolation side to get his sixth-place finish.

Nichols, on the other hand, won four of his five matches on the consolation side of the bracket after dropping his first match in the championship bracket.

He won all four matches via pinfalls including his fifth-place match. Two of the four pins came within the first minute of his match. The other two matches were finished in the second period.

As a team, the Muckers finished in 12th place, ending the tournament with 58.5 points.

This was a huge improvement over last year’s Vaquero Classic appearance by the Muckers. There, they finished in 19th place out of 26 spots and only scored 22 total points.

Tonopah will host their only wrestling event of the season this weekend. The event will be a divisional dual.

This will be the last regular season event before preparing for the regional tournament next weekend.

The matches are scheduled to begin at 12 p.m. 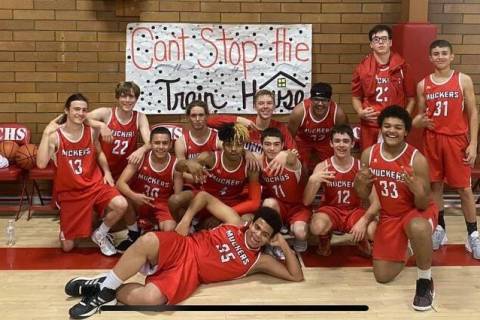