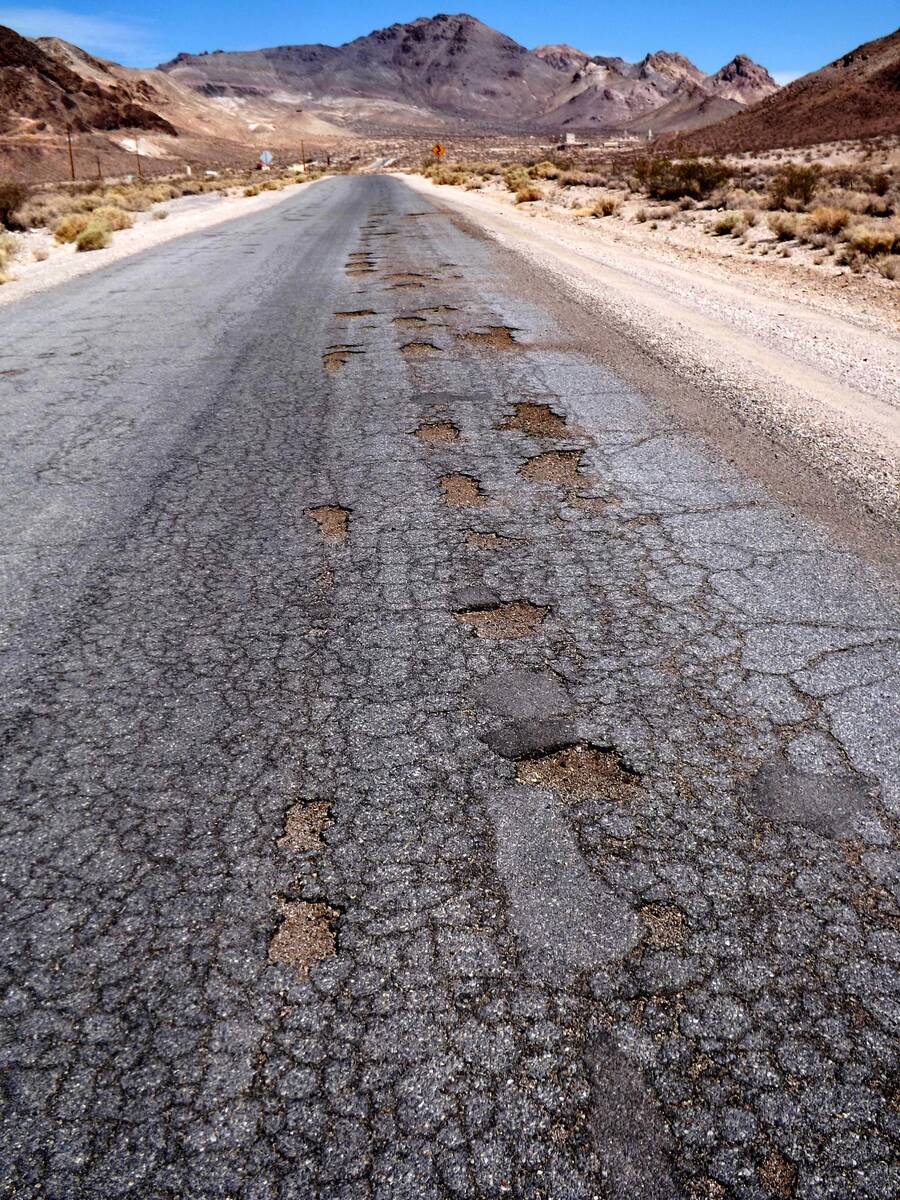 Richard Stephens/Special to the Pahrump Valley Times The horrible condition of Rhyolite Road has been a topic of discussion at Beatty advisory board meetings recently and help is hopefully imminent from the county and a nearby mining operation. 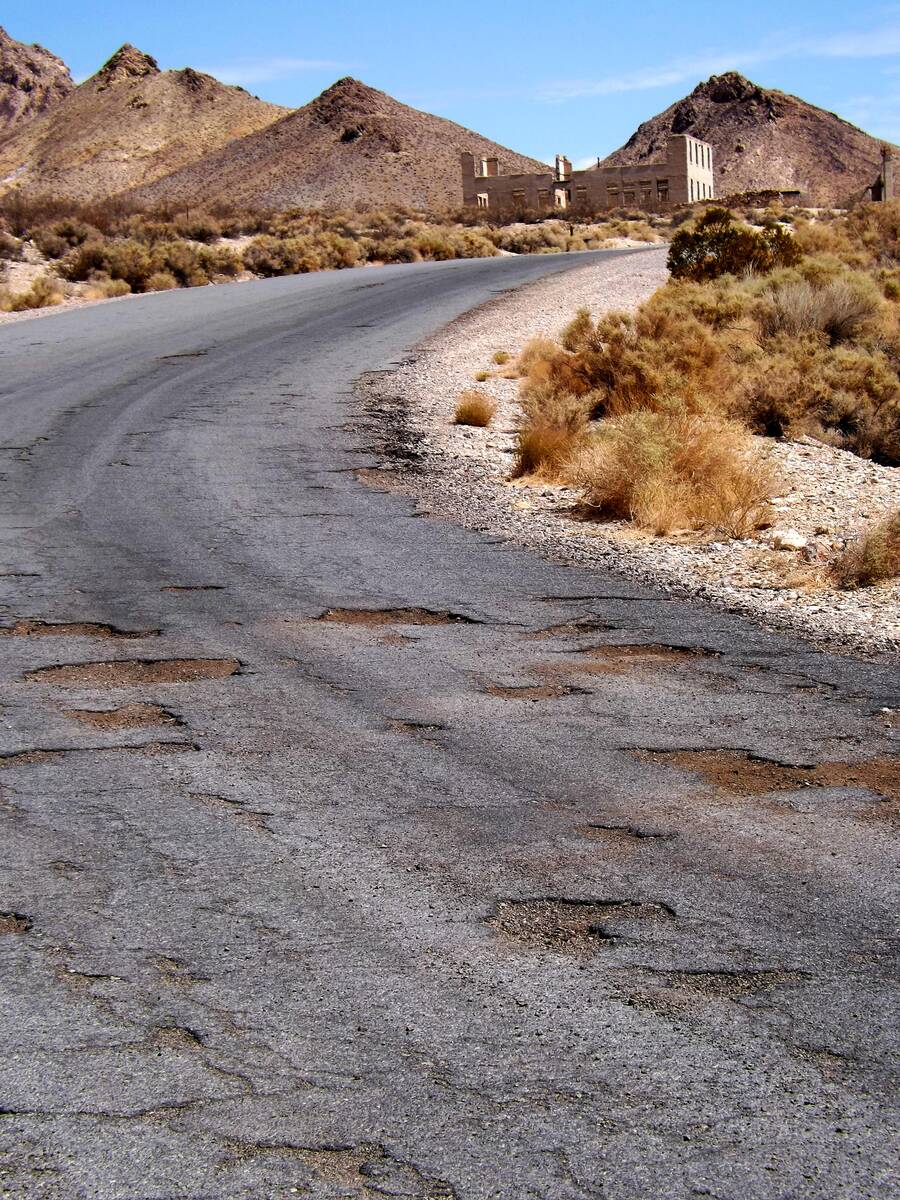 Richard Stephens/Special to the Pahrump Valley Times Some visitors have been observed navigating the road as a sort of slalom course, but finding it impossible to miss all the potholes.

The road into the ghost town of Rhyolite may be suffering the fate of an unwanted orphan — neither Nye County nor the Bureau of Land Management, which manages the town site, has accepted ownership and responsibility for it.

The poor condition of the road has been a topic of comment and discussion at Beatty Town Advisory Board meetings recently, and the board has decided to try to seek help with the problem from the county and from Augusta Gold Corp., a company that is developing a gold mine adjacent to the popular ghost town.

Town officials addressed the issue Tuesday noting that Rhyolite is a major tourist attraction and that tourism is Beatty’s “primary economic driver.”

They also pointed out that Augusta Gold uses the road to haul equipment to its worksite and said they believe that heavy traffic loads are contributing to the road’s “hastened degradation.”

In the past, county road crews have filled potholes from time to time, not because the county accepts ownership of the road, but under a provision that allows them to do work deemed necessary to provide safe access for emergency vehicles.

However, the patched potholes open back up almost immediately, and the thin layer of pavement is rapidly breaking up.

The first part of the road, at the junction of Highway 374, is in much better condition, having been improved by Barrick Gold when it was operating a mine near there in the 1990s. The pavement there is not only newer than the rest of the road, but much thicker.

On Tuesday, the board voted to send a letter to Augusta Gold and to Nye County Public Works “requesting that they work cooperatively to address the poor condition of Rhyolite Road.”

In the meantime, some visitors have been observed navigating the road as a sort of slalom course, but finding it impossible to miss all the potholes.