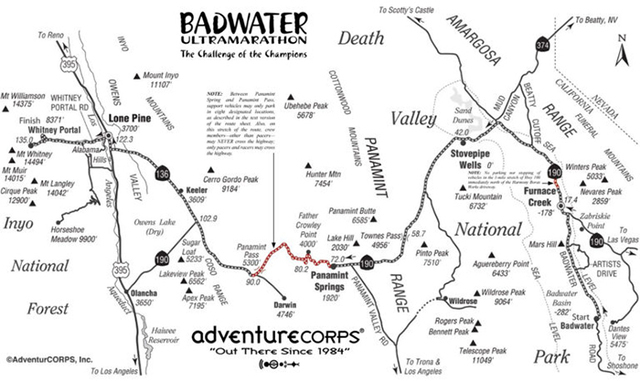 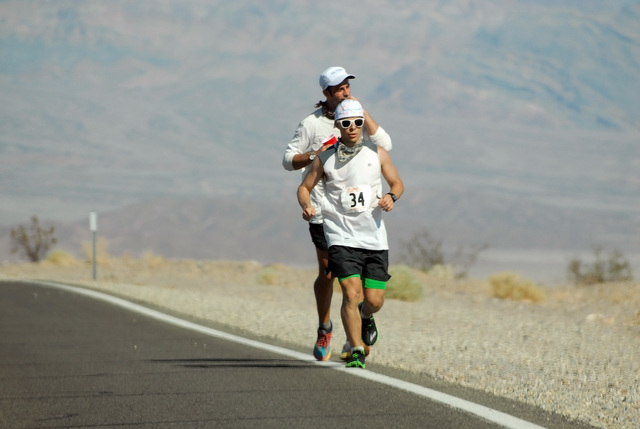 Most people living in town dont really think of doing much outside in the middle of the summer when the average high is around 105 degrees, let alone going for a run in Death Valley.

This year, 100 runners from all over the world will be gathered at Badwater near Furnace Creek for one of the most grueling footraces in North America, the 39th STYR Labs BADWATER® 135. The 135-mile race starts this Monday at 8 p.m. in Badwater.

The National Weather Service said the temperatures for Monday are predicted to be around 112 degrees and really not much cooler by race time.

The racers will spend a day traversing Death Valley before gradually ascending into the Sierra Nevada mountain range.

The starting point for this event starts at the lowest point in the continental United States at 282 feet below sea level and the non-stop two-day affair will rise slowly to the altitude of 8,300 feet above sea level, finishing in Lone Pine, California at the Whitney Portal.

You are running all night and it is considerably cooler and then suddenly youre right in the heat of the day, she said. The heat really takes a lot out of your body.

The course covers three mountain ranges, for a total of 14,600 feet of cumulative vertical ascent and 6,100 of cumulative descent.

The womens field, with 25 entrants, includes 12 rookies and 13 veterans. Notable contenders include the 2015 womens champion, Nikki Wynd of Australia, 2014 womens champion, Alyson Venti of Barbados, veteran Brenda Guajardo, who is a three-time winner of the Nove Colli ultramarathon in Italy, 2016 Brazil 135+ womens champion Sada Crawford of Cayman Islands, and others.

There is no prize money of any kind for the winners, just honor and a belt buckle.

Those interested in live coverage of the event can go to the 2016 webcast at: