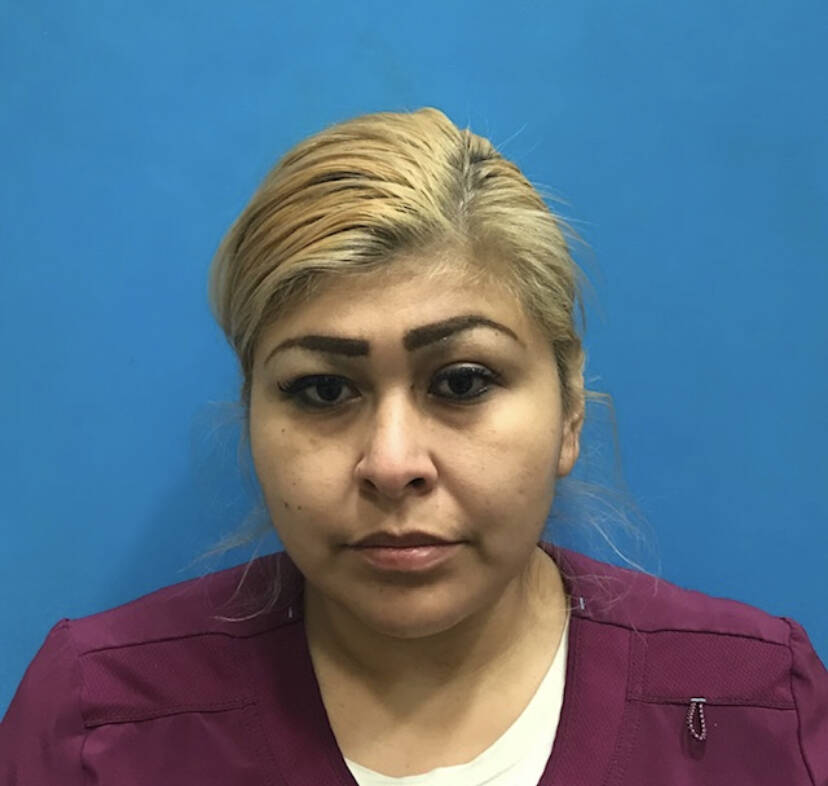 A caregiver at an assisted-living facility in Pahrump faces charges of elder abuse for allegedly stealing credit cards from two of its residents and cashing a check from a dead resident’s bank account.

Liliana Valdez, 36, of Pahrump, who worked at Inspirations Assisted Living Facility, 931 East Honeysuckle St., was arrested Monday and charged with elder exploitation, possession and use of a credit card without consent and burglary of a business, according to the Nye County Sheriff’s Office.

Valdez was booked on Monday into the Nye County Detention Center, but released on bond.

On Tuesday, deputies executed a search warrant at Valdez’s residence where they allegedly found checkbooks belonging to an Inspirations resident, who had recently died. Receipts recovered in the investigation showed that Valdez had written a $2,000 check to herself from the resident’s account, after they had died, according to sheriff’s office reports. Other receipts recovered in the investigation show that Valdez also used the dead resident’s account to purchase more than $1,600 in items from Rent-A-Center, according to sheriff’s reports.

Valdez was additionally charged on Tuesday with obtaining money under false pretense, using the identity and information of an elderly person, intent to utter fictitious check and possession of a forged instrument or bills.

A spokesperson for the assisted-living facility said when managers received reports that two residents were missing a credit card they immediately contacted the Nye County Sheriff’s Office and notified members of the residents’ family.

our top priority,” the spokesperson said. “Out of respect for the privacy and dignity of our residents who call Inspirations home we are not at liberty to disclose additional information regarding the impacted residents.”

Valdez is no longer employed at Inspirations, according to the facility spokesperson, who said she previously passed a pre-employment background check.