Nevada Gov.-elect Steve Sisolak married Kathy Ong this past Friday at a Las Vegas church, according to a statement.

“Kathy and I join our families in delivering a heartfelt thank-you to all those who’ve wished us well as we embark on this new, exciting chapter in our lives,” Sisolak said in the statement. “Above all else, I am grateful that I’ll have my soulmate by my side for this journey, and I know Kathy will make Nevada proud as first lady.”

Home Means Nevada, a PAC assisting with Sisolak’s gubernatorial transition, announced Friday night in an emailed statement that the two were wed at Guardian Angel Cathedral, near Las Vegas Boulevard South and East Desert Inn Road, in a ceremony attended by family.

Sisolak and Ong had been dating for more than five years after meeting at their gym, according to Sisolak’s campaign. The couple announced their engagement following the November election.

Ong, who was born in Ely and is a Las Vegas-based financial consultant, will take Sisolak’s name, the statement said.

Ong is the co-founder and director of Hobbs, Ong and Associates, a financial consulting firm that serves as a municipal adviser to Clark County.

Sisolak has served as the chairman of the Clark County Commission, and he is becoming the state’s first Democratic governor in two decades as he takes office in this week.

Sisolak has been the single parent of two adult daughters, Ashley and Carley, since he and his former wife divorced.

The man Sisolak is replacing in the Governor’s Mansion in Carson City also made headlines with his love life this year.

Kathy & I join our families in delivering a heartfelt thank you to all those who’ve wished us well as we embark on this new chapter. I’m grateful that I’ll have my soul mate by my side for this journey, & I know Kathy will make NV proud as First Lady! Photo: Andrea Waller pic.twitter.com/0gasaEFBT5 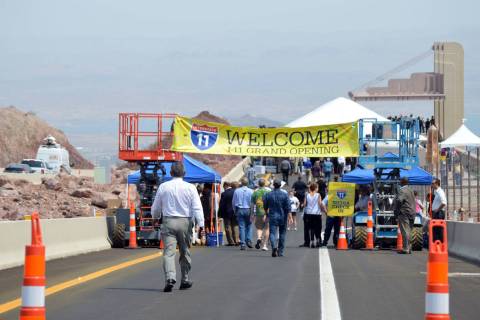