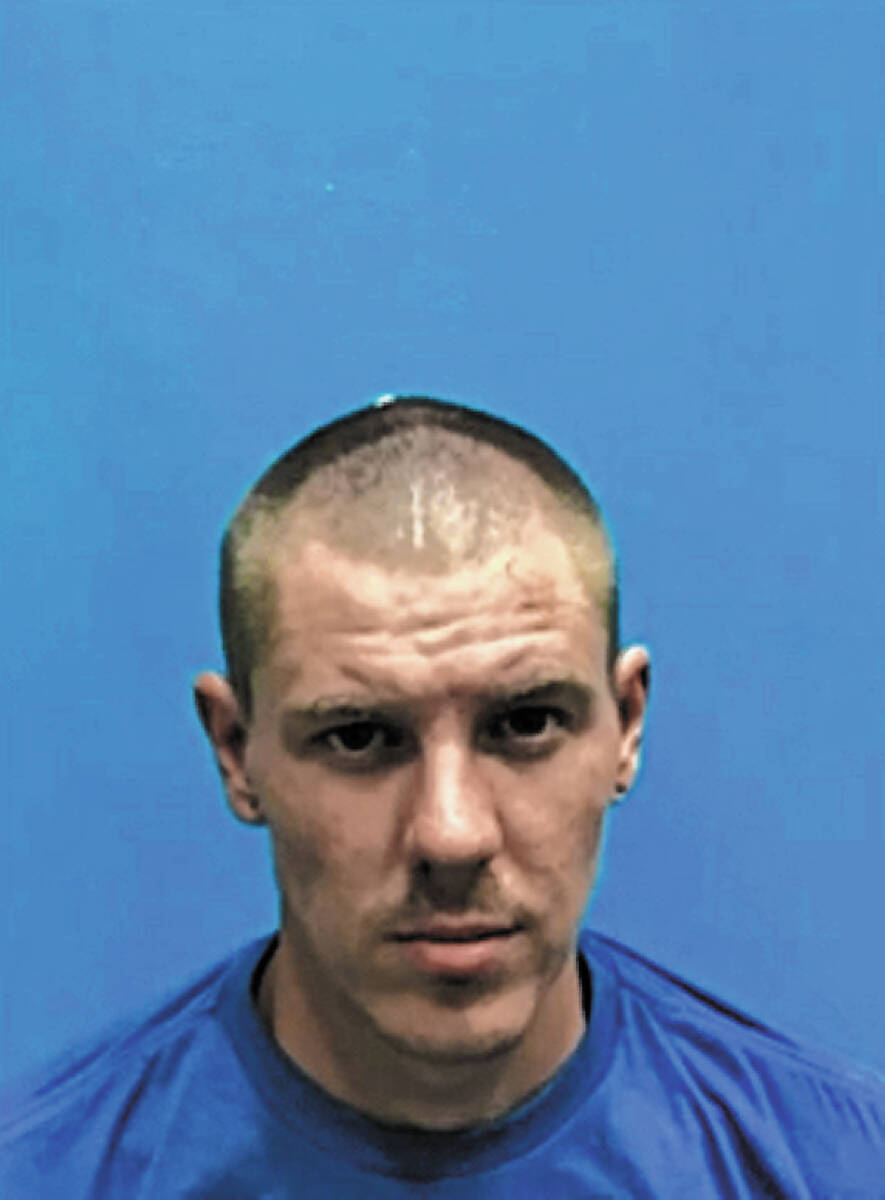 According to a report from the Nye County Sheriff’s Office, a deputy was dispatched to the retailer off Highway 160 about 9:33 a.m. after management noticed Orman in the store. Management has accused Orman of stealing from the store previously, the report said.

“Upon arrival I was taken into the video control room where I observed Ryan Orman going from aisle to aisle grabbing merchandise and constantly looking over his shoulders,” deputy Cody Cunningham wrote in his arrest report. “Orman was wearing a waist pack concealed under his shirt for most of the time he was in Walmart.”

Orman disappeared from the camera’s sight temporarily, according to the report, and was tracked to an area in the store where management said he has been known to conceal merchandise he intends to steal.

As Orman attempted to leave the building, the deputy detained him with handcuffs because he has “previously fled from law enforcement on several occasions.”

When a deputy asked Orman about the contents in his waist pack he reportedly told them “there was nothing in the pack and he hadn’t stolen anything.”

A search revealed that Orman’s pack contained a methamphetamine, a meth pipe, heroin and needles. The report did not indicate if the pack contained any items from the retailer.

Orman was arrested on charges of possessing controlled substances and paraphenalia.