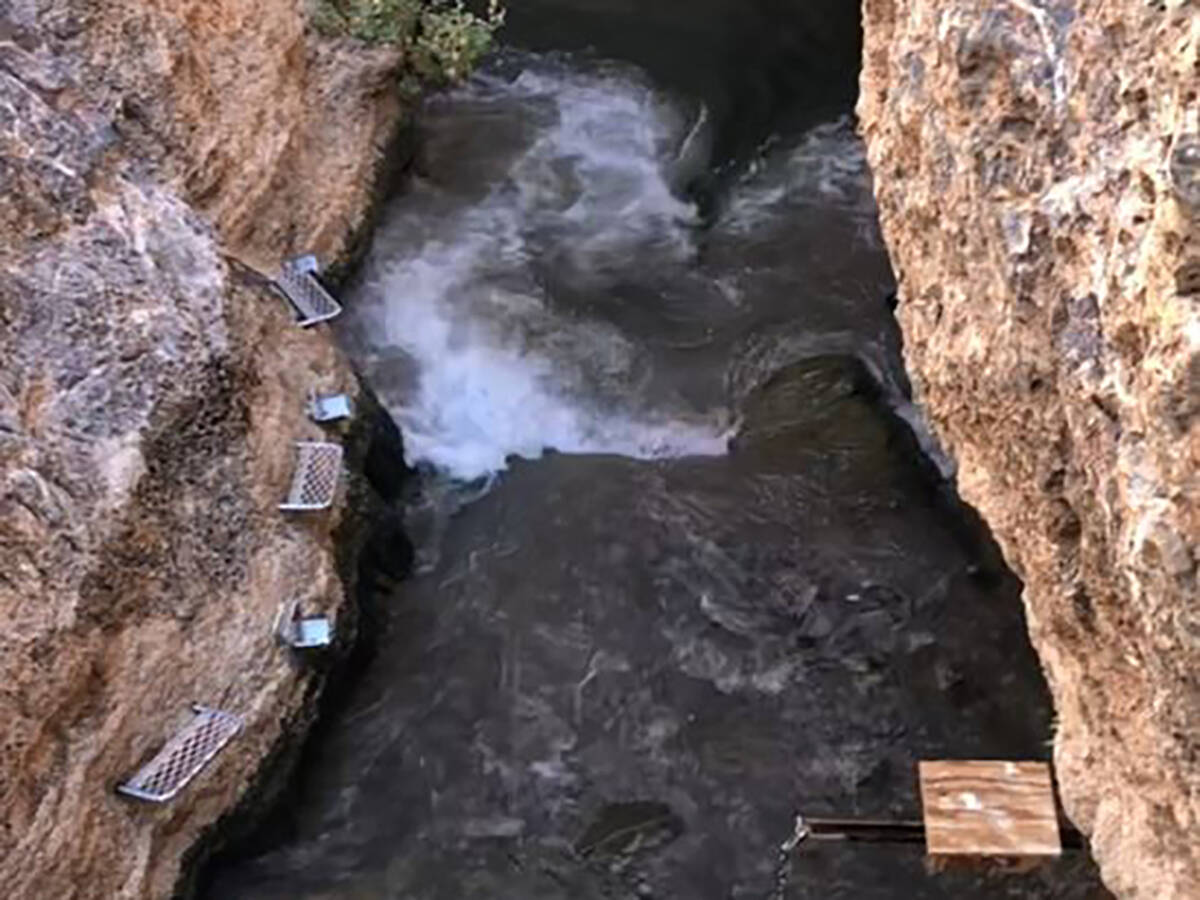 Death Valley National Park A 7.6 earthquake that was centered in Mexico was felt at Devils Hole in Death Valley but did seem to affect endangered pupfish that live there.

Video footage of the “desert tsunami” on the park’s website shows the ripples that were made here.

The earthquake shook the Mexican states of Colima and Michoacán at 11:05 a.m. Twenty-two minutes later, water started sloshing 1,500 miles away in Devils Hole. The waves reached 4 feet high around 11:35 a.m.

Devils Hole is a partially water-filled limestone cave near the Inyo County, Calif. line. The cave is hundreds of feet deep, but the endangered Devils Hole pupfish depend upon algae that grows on a shallow, sunlit shelf.

Monday’s waves, technically known as a “seiche,” stirred the sediment and rocks on the shallow shelf, also removing much of the algae growth. In the short term, this reduces food available to the pupfish.

“The pupfish have survived several of these events in recent years,” said Kevin Wilson, National Park Service aquatic ecologist. “We didn’t find any dead fish after the waves stopped.”

The Devils Hole pupfish population has been on an upswing lately. Nine years ago, there were only 35 fish in their natural habitat. In March of this year, the population was up to 175 fish. The annual fall pupfish count is planned for this weekend.