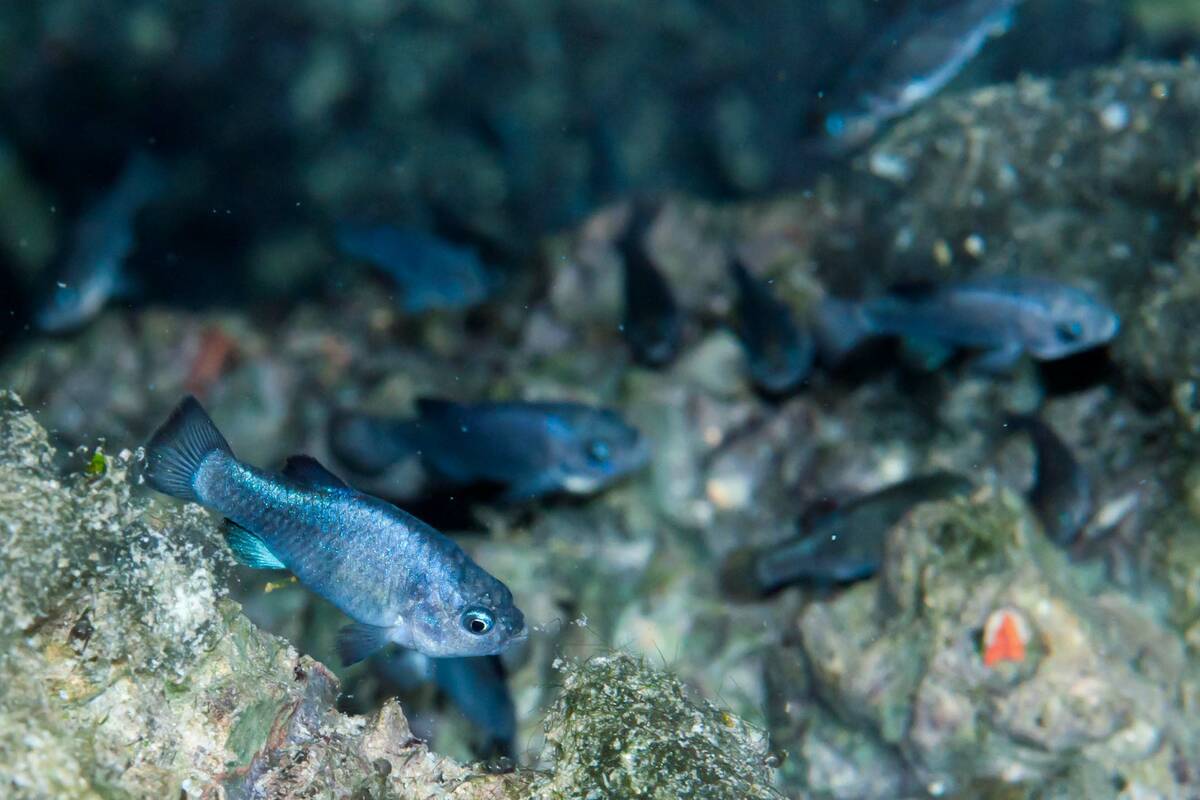 (National Park Service) Devils Hole pupfish swim in their water-filled cavern in 2011. Biologists say populations for one of the world’s rarest fish are increasing. The fish live in a wildlife refuge west of Pahrump and have been threatened for decades.

Biologists say populations for one of the world’s rarest fish are increasing.

Scientists recently counted 175 Devils Hole pupfish — the most they’ve observed in a spring count in 22 years. They’ve been tracking populations of the rare Devils Hole pupfish, which live in the upper 80 feet of a deep water-filled cavern and sun-lit shallow pool in Ash Meadows National Wildlife Refuge just west of Pahrump, for 50 years.

U.S. Fish and Wildlife Service, Nevada Department of Wildlife and National Park Service have been managing this critically endangered species to ensure their survival.

Scientists typically perform deep dives to count fish in the cavern, starting at depths below 100 feet. Others handcount visible fish near the surface to keep track of populations.

Before the 1990s, the pupfish population was around 200, according to scientists, who noted declines of the fish in the past two decades when only about 90 remained each spring.

Nine years ago, fish populations hit an all-time low when only 35 pupfish were counted.

The rebound of the bright blue fish could signal important changes in the ecosystem, according to Kevin Wilson, aquatic ecologist for Death Valley National Park, who manages resources of Devils Hole.

“Such shifts highlight the importance of maintaining long-term data as we work to find out what’s changed,” he said in a release from park officials.

Scientists noted the fish appeared in remarkable condition and were very active.

“It’s exciting to see this shift, because if persistent, it allows more opportunity for study and to explore new management options,” said Michael Schwemm, senior fish biologist for the U.S. Fish and Wildlife Service in a release from park officials.

The next pupfish count occurs next fall.