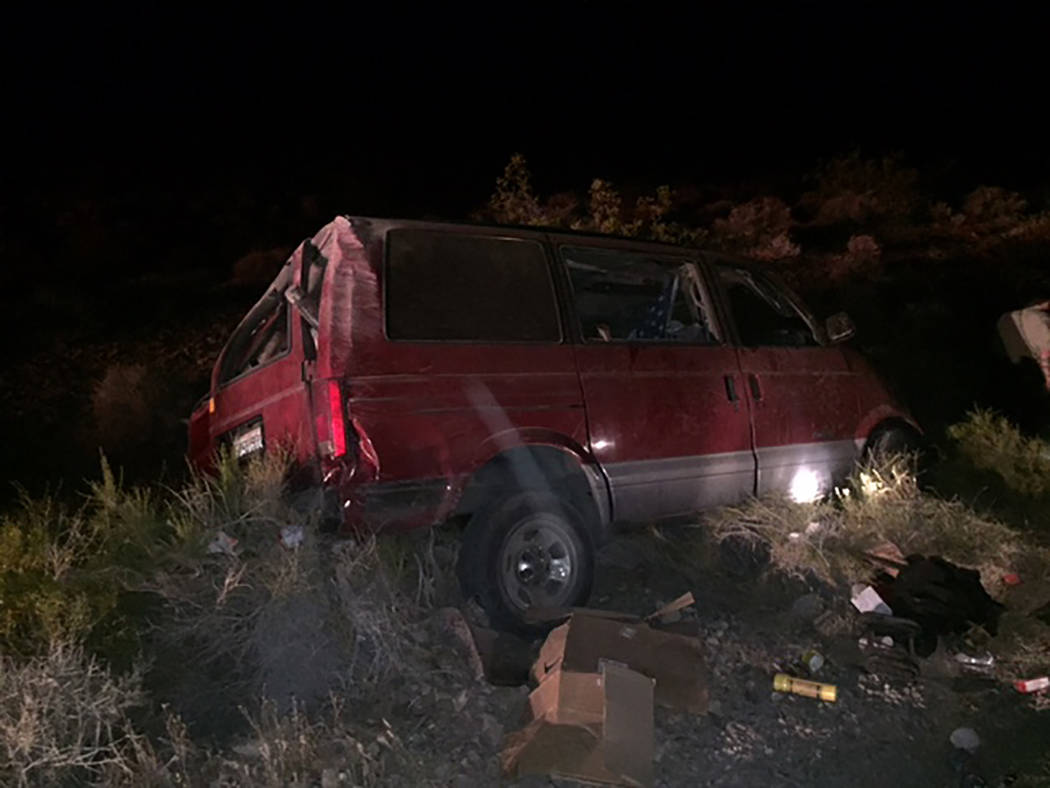 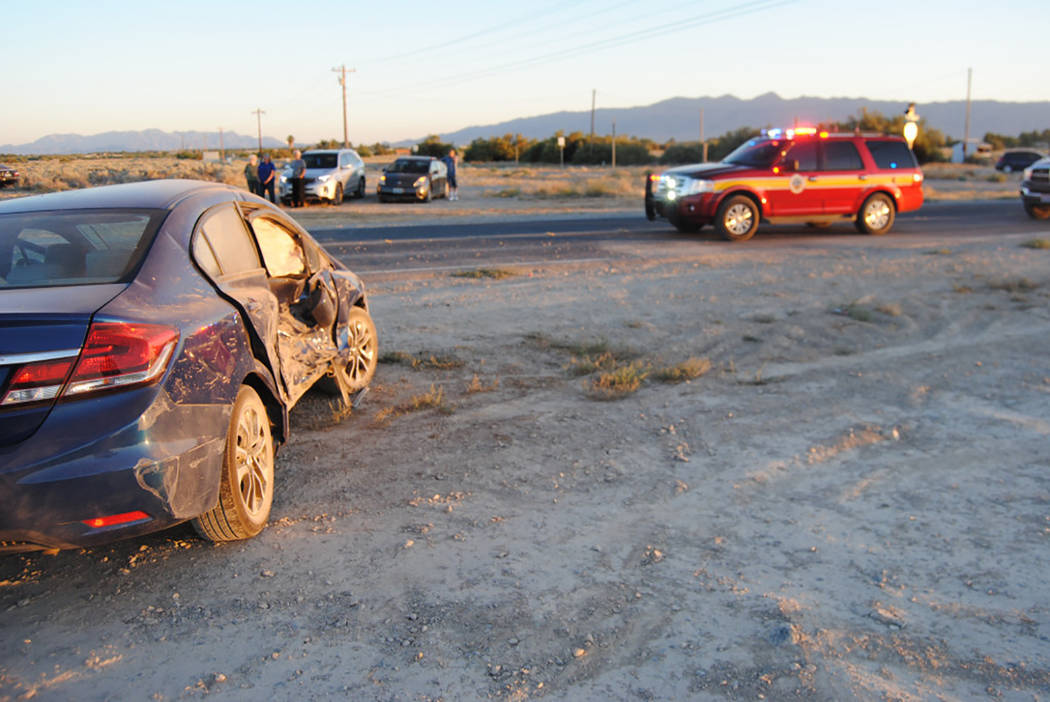 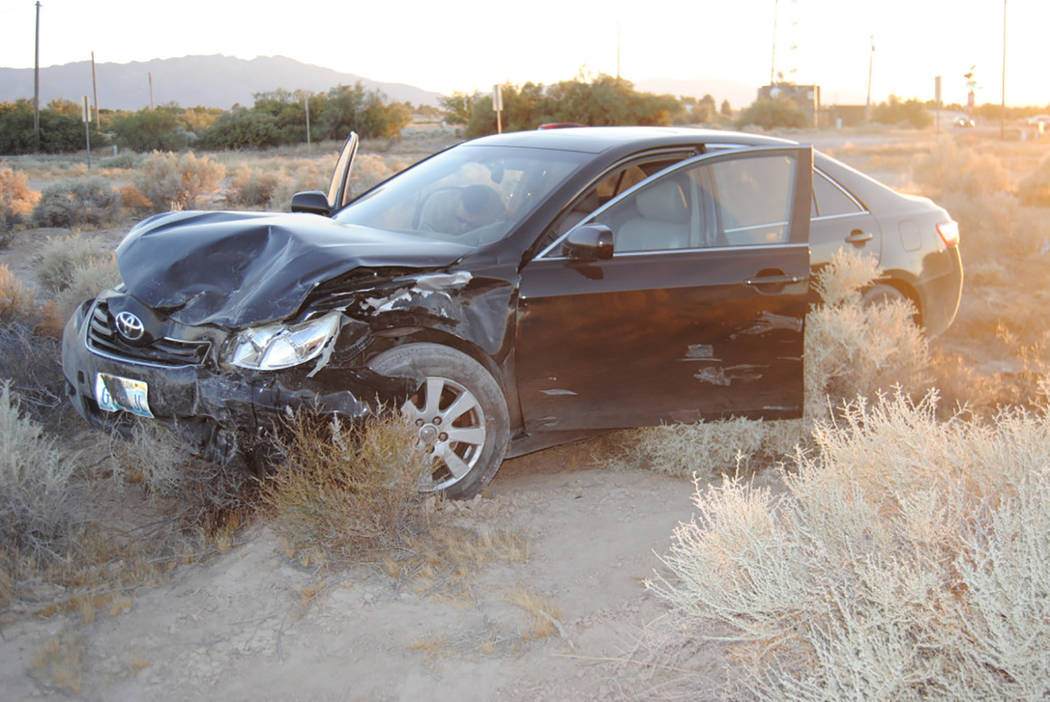 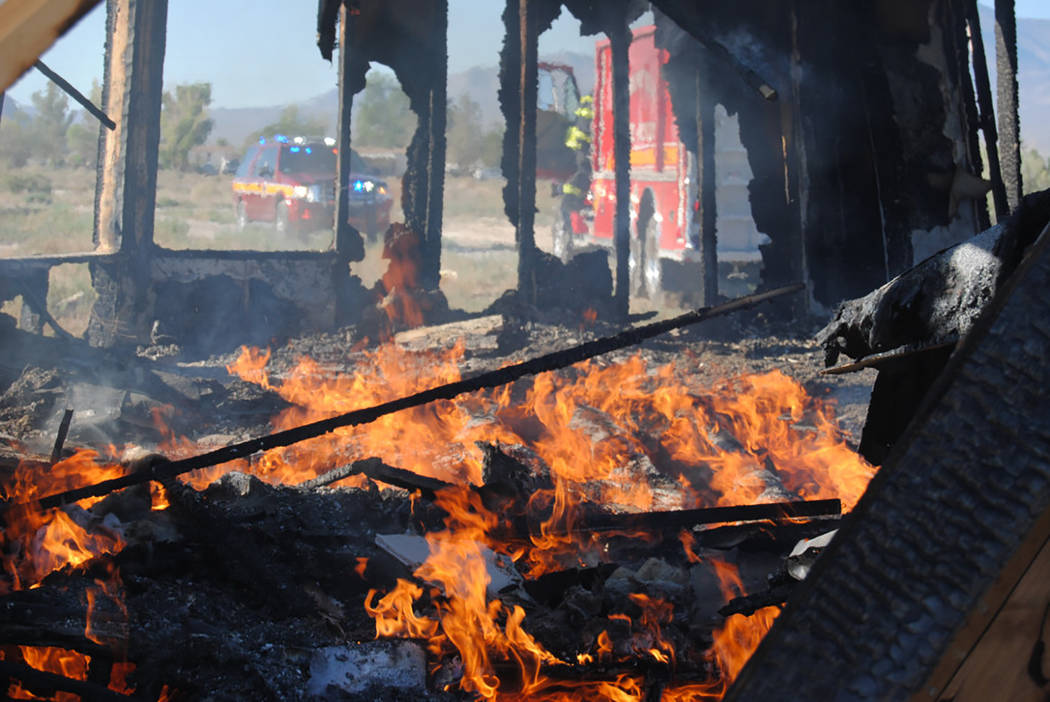 Local first responders were met with a series of fires and vehicle collisions throughout the past week and over the weekend, including a fatal wreck near Pahrump.

The victim had not been identified by authorities early this week.

“We were dispatched for a report of a one-vehicle rollover accident along Highway 372 where it turns into Highway 178 approximately two miles into California,” Lewis said. “Upon arrival, crews found the one-vehicle accident as reported. One person was ejected, thus it ended up being a fatal accident.”

On Sunday, July 2, fire crews were dispatched to the area of Honeysuckle and East Pershing streets on a report of a grass fire at 5 a.m.

“Upon arrival, we found an approximate one-half-acre grass fire running alongside the roadway,” Lewis said. “There were no immediate structure exposures and the fire was quickly contained. That fire is also under investigation.”

Roughly 12 hours later, fire crews responded to a residence on the 600 block of Alaska Street for a report of a gunshot victim.

“Crews were dispatched for what was initially an unknown medical emergency,” Lewis said. “Upon arrival, crews were informed that a person was shot. As a result, fire crews backed out to a safe area and requested the Nye County Sheriff’s Office. That assignment was also upgraded, adding an engine company and myself to the assignment. Crews were then pulled into the scene where we found a person who sustained a gunshot wound to the head.”

Lewis also noted that the injury warranted flight where Mercy Air 21 was brought to the scene.

“Patient care was transferred and that patient was subsequently flown to UMC Trauma in Las Vegas,” he said. “It is under investigation by the Nye County Sheriff’s Office.

On Monday, June 26, fire crews were dispatched to a structure fire on the 1000 block of East Carberry Street just after 7 p.m.

“The residence was also described as a structure housing a number of animals,” Lewis said. “The initial report was that there was fire showing, and upon arrival, we did, in fact, find fire showing in an animal pen with approximately 30 various animals living within that pen, along with an active fire.”

Lewis also said crews went into service and safely controlled the fire with no injury or casualties to any of the animals.

“All the animals were saved without incident,” Lewis said. “The fire crews actually controlled and contained the animals along with the fire on their own. The animals consisted of goats, lambs, and all different types of fowl.”

Upon arrival, crews found a doublewide building that had reportedly caught fire roughly one month ago.

“It was now once again on fire,” Lewis said. “There were no immediate exposures and crews were able to quickly control that fire with no extension. That fire is thought to be less than accidental and it is under investigation.”

Upon arrival, crews found a two-vehicle crash with significant damage sustained by both vehicles.

“There were three injured persons on location,” Lewis said. “It was a T-bone type collision and all three were transported from the scene. When the vehicles collided, they actually traveled about 75 feet east of the intersection where they also split by 75-to-100 feet. It was a high-impact collision.”