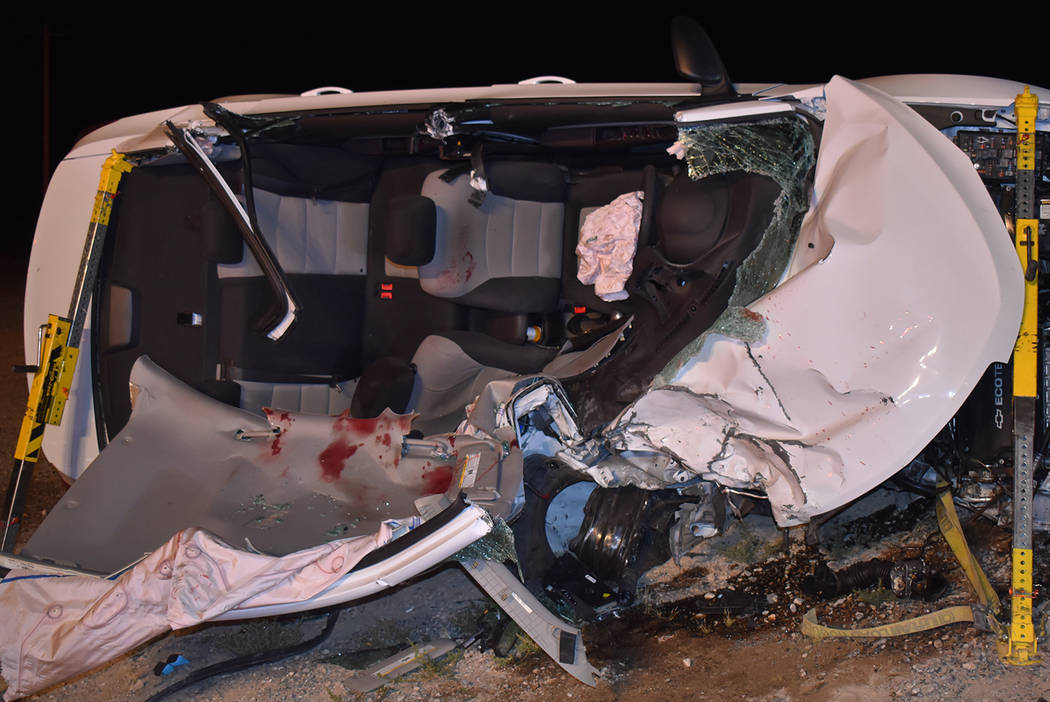 Special to the Pahrump Valley Times A landing zone for Mercy Air 21 was established just after midnight along Highway 160 near Mesquite Avenue, following a two-vehicle collision on Monday June 10. One person was transported to UMC Trauma in Las Vegas, while a second person was transported by ground to Desert View Hospital. 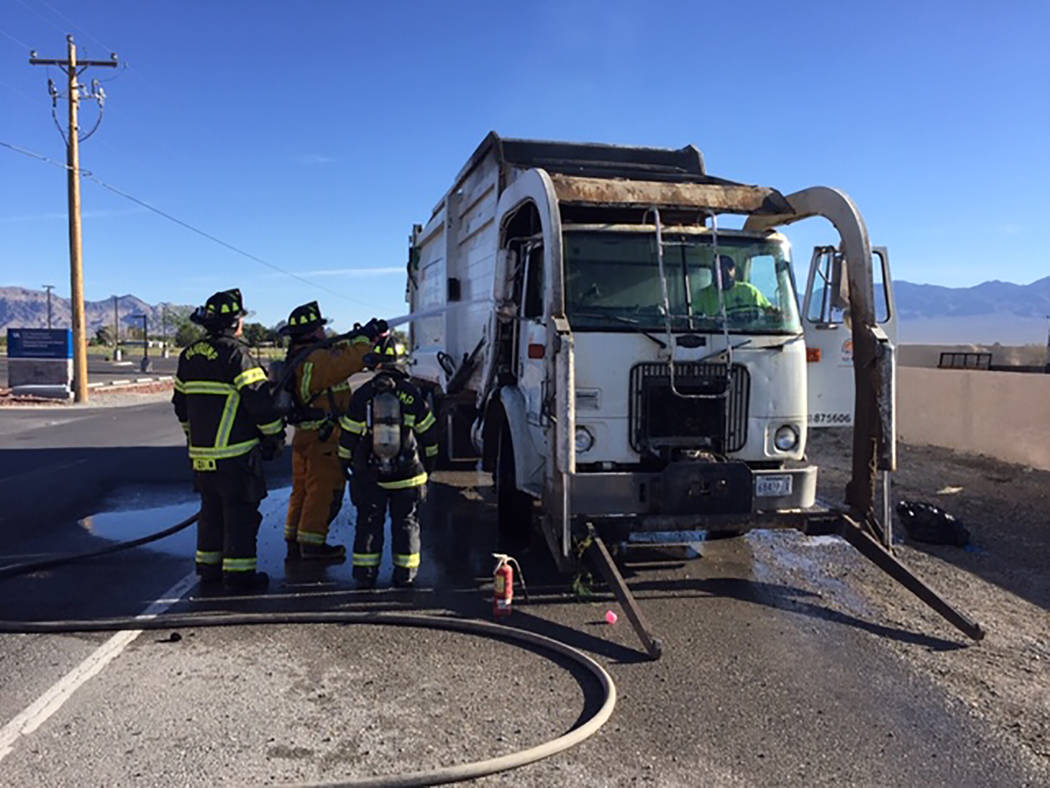 Special to Pahrump Valley Times No injuries were reported following a Pahrump Valley Disposal truck fire on Tuesday afternoon June 8. Fire Chief Scott Lewis said the investigation revealed that one of the bags being unloaded from a trash receptacle became lodged against the exhaust system of the truck. 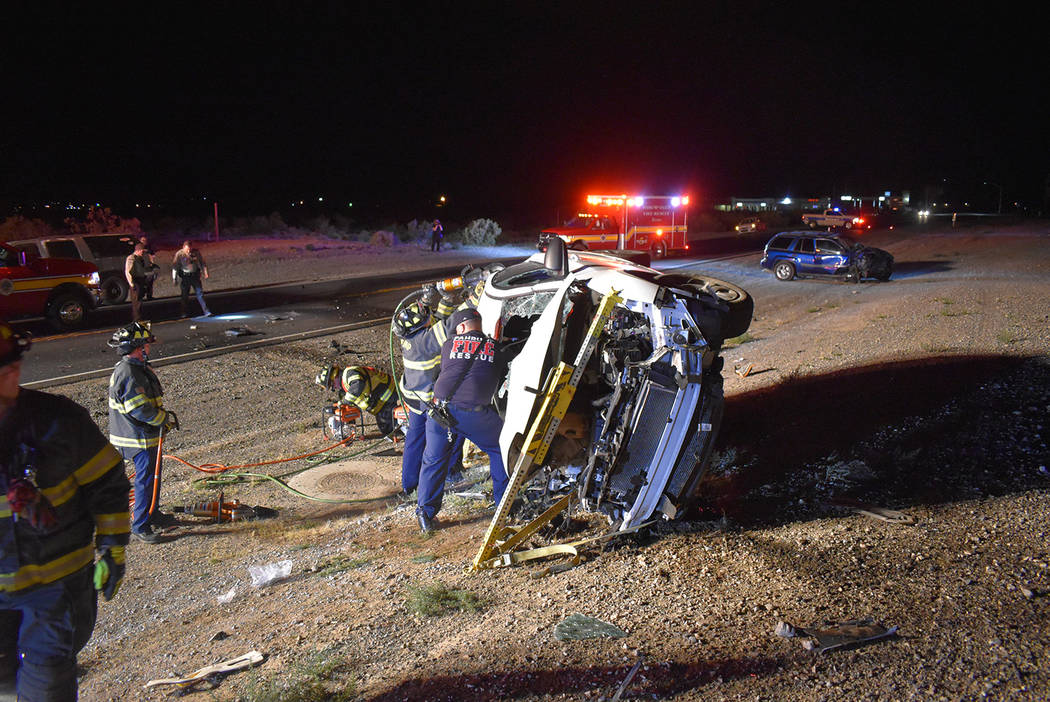 Crews from Pahrump Valley Fire and Rescue Services responded to what was described as a suspicious vehicle fire on Saturday, June 8 at approximately 9:41 p.m.

Fire Chief Scott Lewis said crews were dispatched to the desert area just south of Gamebird Road near Barney Street, where crews arrived to find a fully-involved passenger vehicle, with no one around the vehicle.

“The fire is considered suspect in nature,” Lewis said. “It was later reported stolen by the owner. The fire is under investigation by the State Fire Marshal’s Office, Nye County Sheriff’s Office and Pahrump Valley Fire and Rescue Services.”

On Monday, June 10, fire crews responded to a two-vehicle collision just after midnight along Highway 160 just south of Mesquite Avenue.

“Upon arrival, crews found a two-vehicle, off-set, head-on collision with one vehicle coming to rest on its side,” Lewis said. “One person was mechanically entrapped in one vehicle. The injuries sustained by that individual were consistent with flight. Mercy Air 21 landed at the scene, where a landing zone was established on Highway 160. That patient was flown to UMC Trauma after being extricated by Heavy Rescue One crews. The second patient was transported to the local hospital.”

On Tuesday, June 11, at approximately 4:21 a.m., crews were dispatched to the 3100 block of West Hardy Lane for a structure fire.

“Crews arrived to find moderate smoke showing from an unattached two-car garage at the rear of the property,” Lewis said. “Crews commenced an interior attack and quickly extinguished the fire. The fire was determined to be accidental in nature, however, it was related to an unauthorized controlled burn.”

Also on Tuesday, fire crews were dispatched for a report of a vehicle fire in the area of Lola Lane near Desert View Hospital.

“Upon arrival, crews found a fire involving a trash truck,” Lewis said. “The fire was quickly controlled with no further extension. The investigation revealed that one of the bags being unloaded from a trash receptacle into the truck had escaped the confines of the container and became lodged against the exhaust system of the truck.”