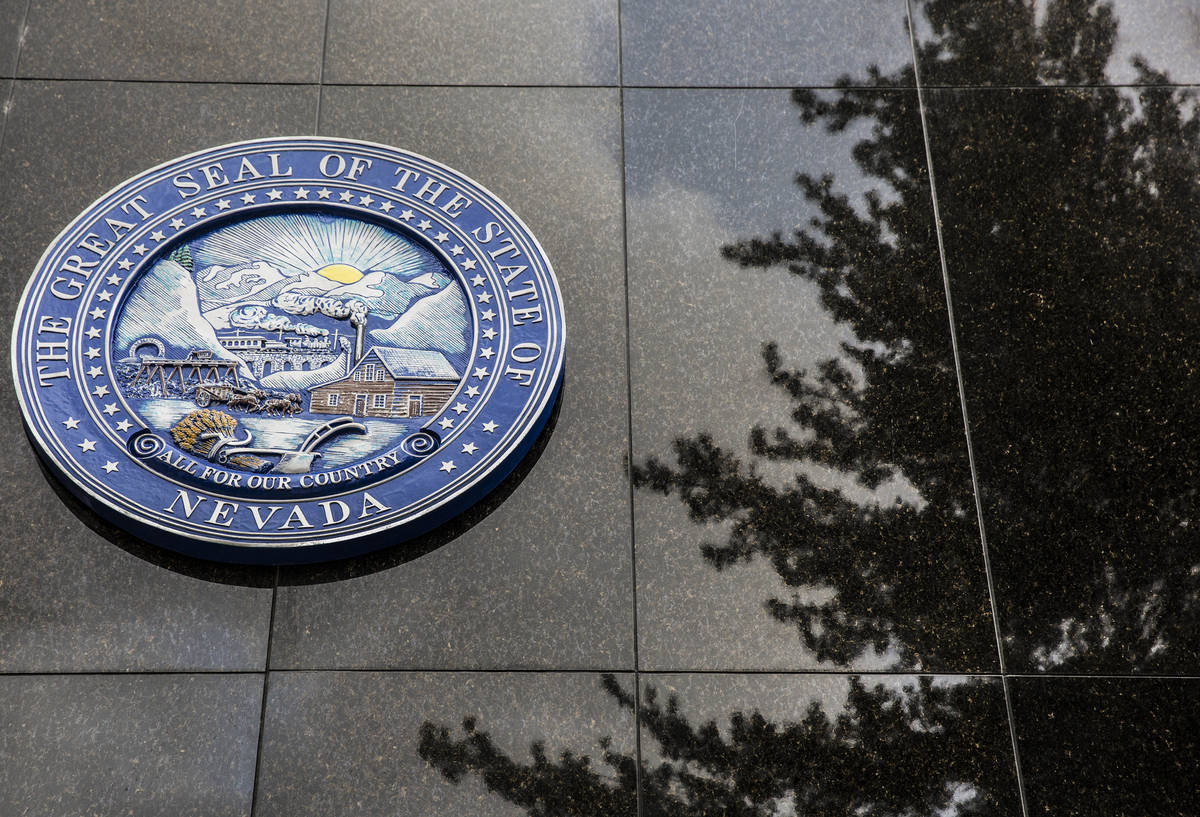 The Nevada State Seal on the north side of the Legislative Building on Thursday, Feb. 9, 2017, in Carson City. (Benjamin Hager/Las Vegas Review-Journal) @benjaminhphoto

Two senior members of Nevada Gov. Steve Sisolak’s staff will be leaving after more than two and a half years.

Sisolak’s office announced Tuesday that Chief of Staff Michelle White will be leaving at the end of summer when her replacement is found. Senior adviser Scott Gilles’ last day on the job will be on Friday.

“I am forever appreciative of the steadfast service and guidance Michelle and Scott have provided me in my time as the governor of the great state of Nevada,” Sisolak said in a news release. “They have been with me from the start, and they have held the public’s interest at the forefront of what they do every day. I will miss them tremendously.”

White, who became head of the governor’s team in November 2018, called serving as chief of staff “the honor of my lifetime.” Prior to that, she worked as the deputy state director for Hillary Clinton’s 2016 presidential campaign in Nevada.

Gilles joined the administration in January 2019 and previously worked for the city of Reno, where he managed government affairs and legislative relations, and as deputy secretary of state for elections.

White and Gilles did not announce their next career moves.

This article was updated to correct Scott Gilles’ previous experience.