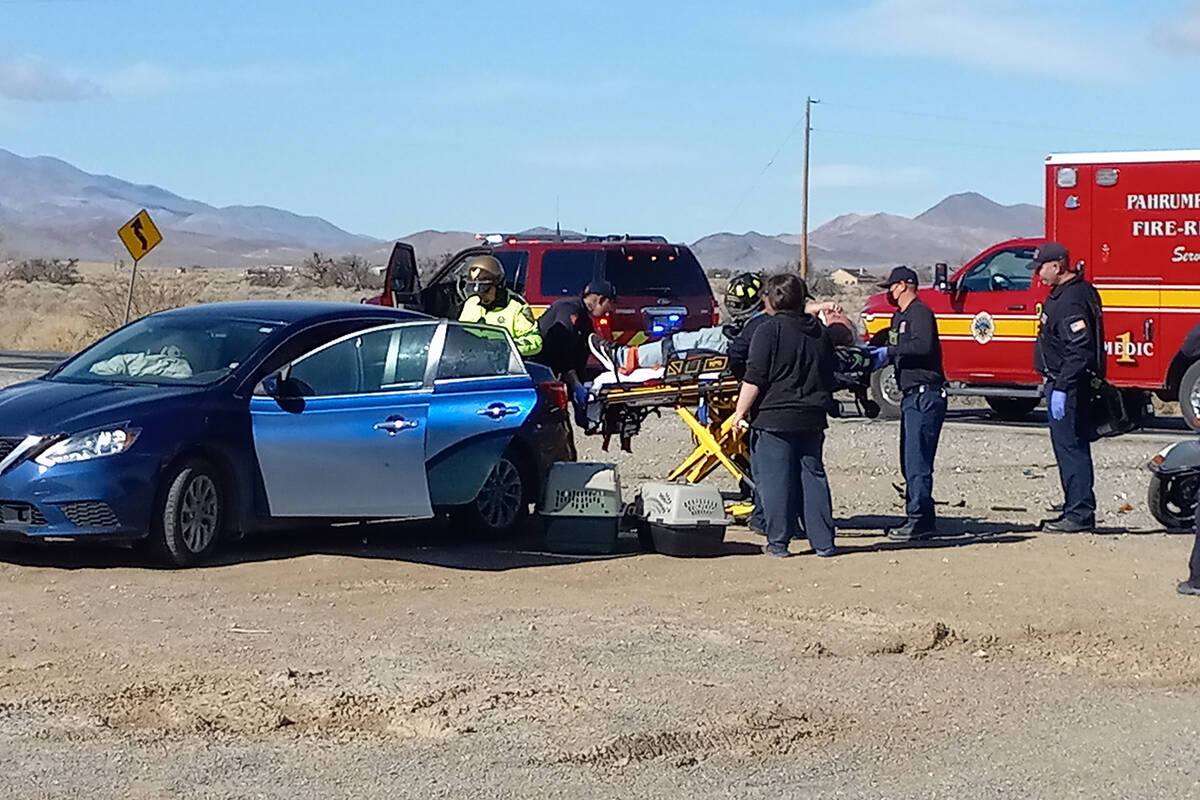 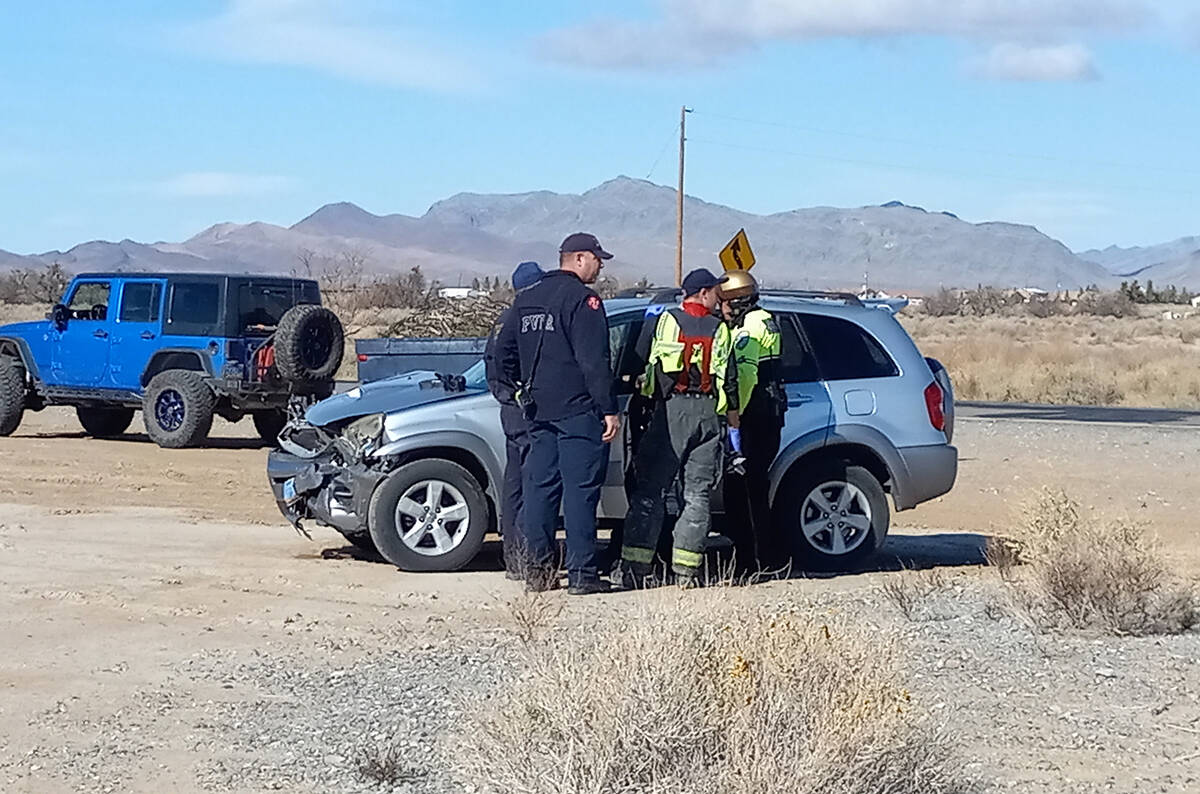 Selwyn Harris/Pahrump Valley Times Following a medical evaluation, the driver of the second vehicle was transported by ground to Desert View Hospital, with undisclosed injuries. 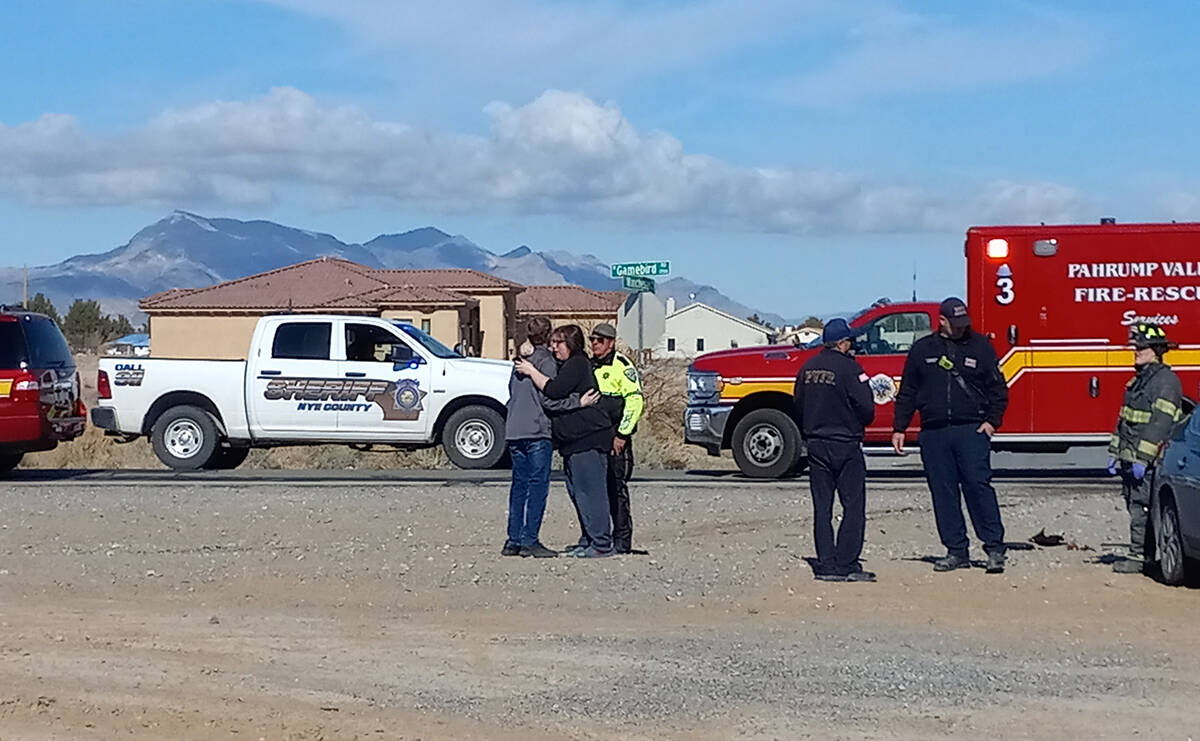 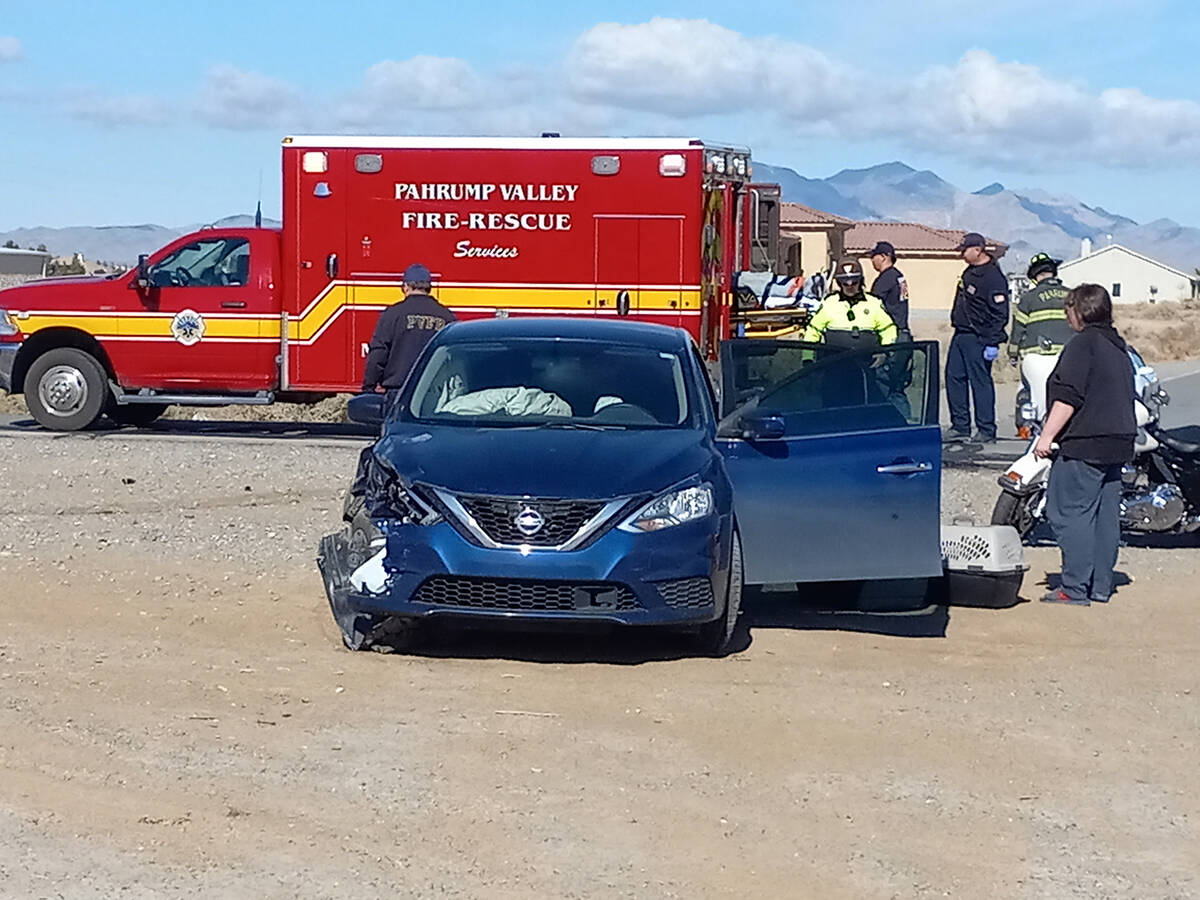 Selwyn Harris/Pahrump Valley Times The high-impact off-set collision caused the activation of the airbags in both of the vehicles.

The crash appeared to be an offset head-on between a blue late-model sedan and silver SUV, where both vehicle’s airbags were activated upon impact.

Nye County Sheriff’s Office deputies are investigating the exact cause of the crash, while an animal control officer was also dispatched to the scene to secure several small animals that were contained in carriers inside one of the vehicles.

Visibly distraught family members arrived on scene as medics were preparing to transport the patients.

The condition of the individuals who were transported is unknown at this time.