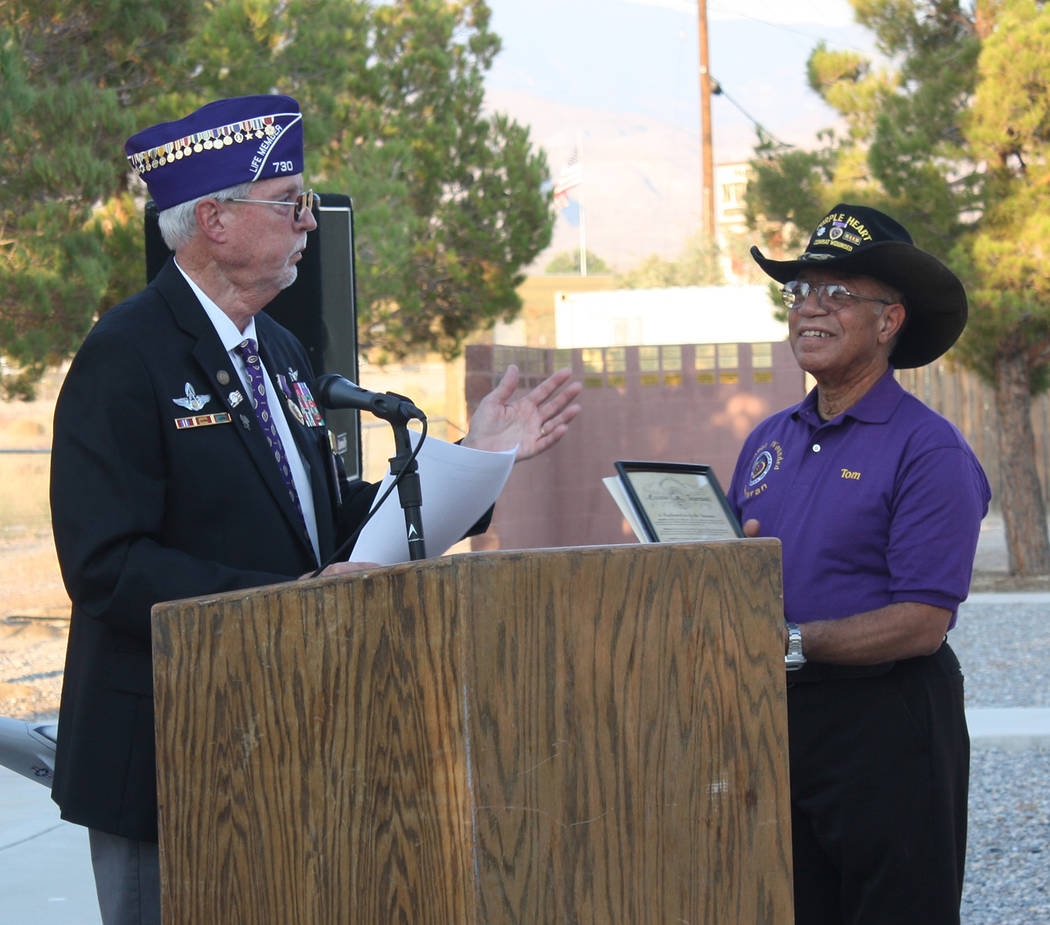 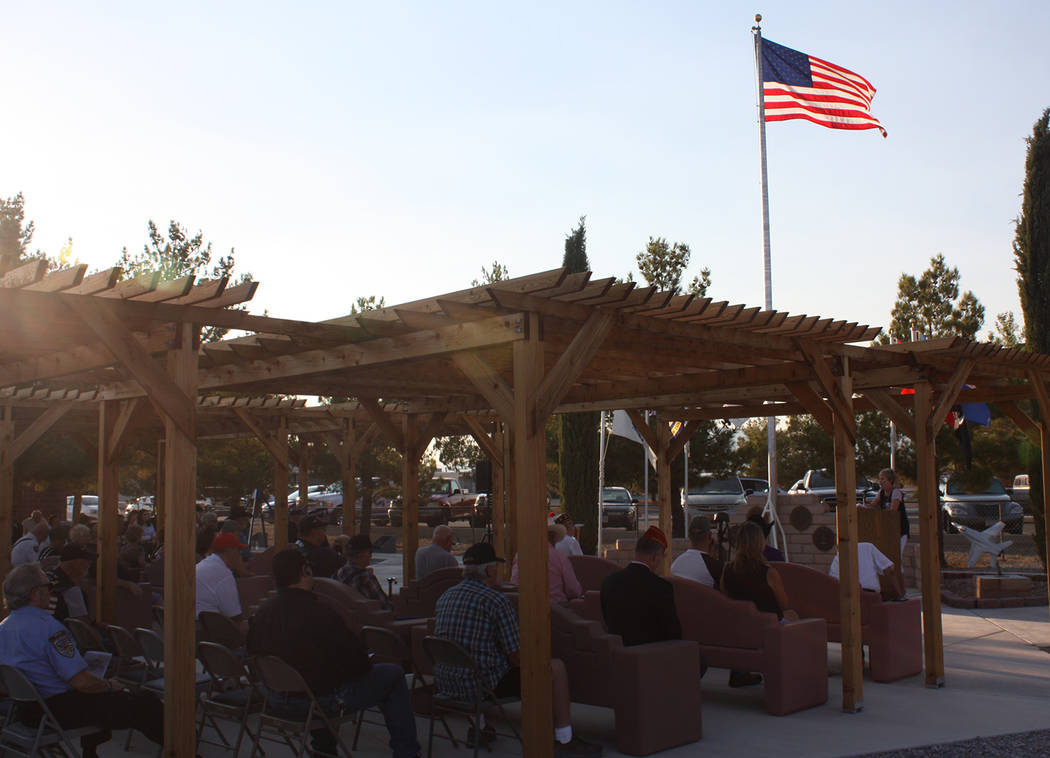 Robin Hebrock/Pahrump Valley Times This file photo shows the scene as the sun began to set at the conclusion of the 2nd Annual Purple Heart Sundown Ceremony in 2018. This year's event is set for August 7.

National Purple Heart Day will be observed around the country on Wednesday, Aug, 7 and for the third year running, the Disabled American Veterans Chapter #15 of Pahrump will host a ceremony in honor of the occasion.

The entire community is invited to join in the local observance to display their appreciation and support for the men and women who have been wounded or have made the ultimate sacrifice in their service to America.

The Purple Heart Sundown Ceremony will feature several of the traditional aspects of a military ceremony, including the formal presentation of the colors and a volley salute by the Nye County Sheriff’s Office Honor Guard. Sheriff’s Deputy Greg Curtin will sing the national anthem and Diane Jackson is slated to perform “God Bless America,” while the Nevada Silver Tappers will be adding to the patriotic atmosphere with a dance routine to “Pledge to America.”

The often emotional POW/MIA ceremony will be included in the program as well, to recognize all those who have been prisoners of war or missing in action, a duty that will be performed by DAV Chapter #15 members Dr. Tom Waters and Cles Saunders, and DAV Auxiliary member Beverly Baker.

Waters detailed that two guest speakers have been secured for the Purple Heart Sundown Ceremony thus far, including Nye County Commission Chairman John Koenig and keynote speaker Kat Miller, who is the director of Nevada Department of Veterans Services. Waters noted that he was pleased he was able to receive permission from the governor’s office to allow Miller to be there, describing her as an “excellent speaker.”

Capping off the event will be local veteran Tom Saitta, who will conclude the ceremony with a performance of “Taps.”

As in past years, the event will take place in the evening hours on Aug. 7 at the Veterans Memorial at the Chief Tecopa Cemetery, located on East Street next to the Pahrump Community Library. The ceremony is scheduled to begin at 6:20 p.m. and conclude just before sundown.