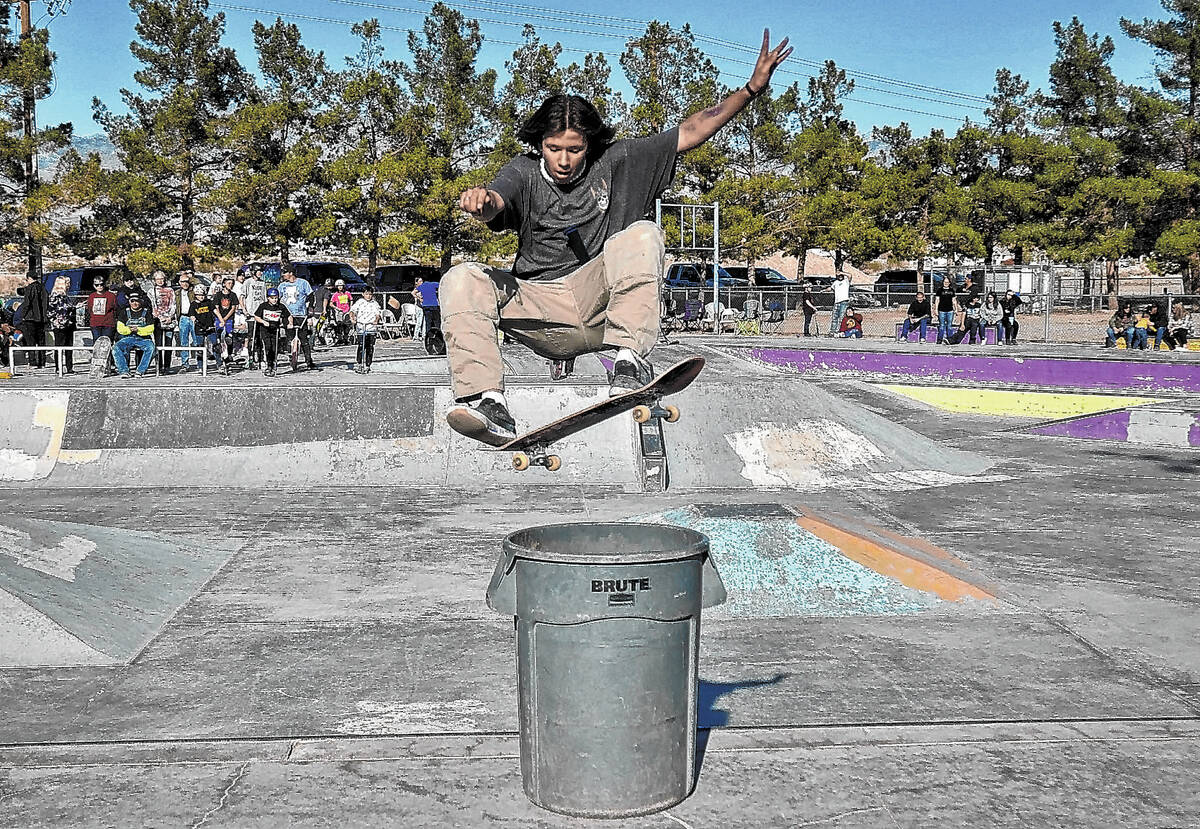 Horace Langford Jr./Pahrump Valley Times file photo Zander Stephens, an eighth-grader, did a frontside 180 over the trash can at the skate park in Pahrump during a skating competition in February. 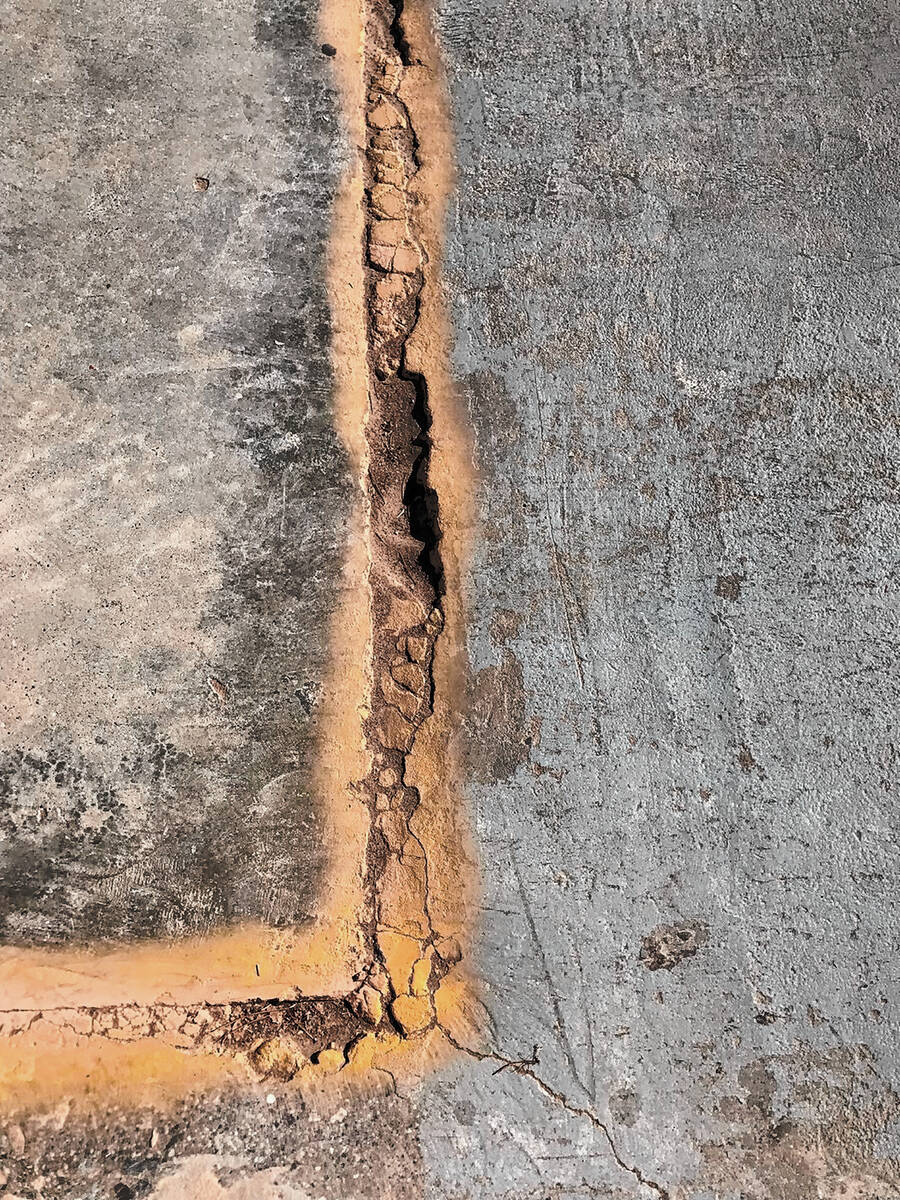 Robin Hebrock/Pahrump Valley Times As any skateboarder knows, cracks in the cement can spell disaster. Pahrump is now readying to improve the local skate part by fixing these cracks and adding nighttime lighting. 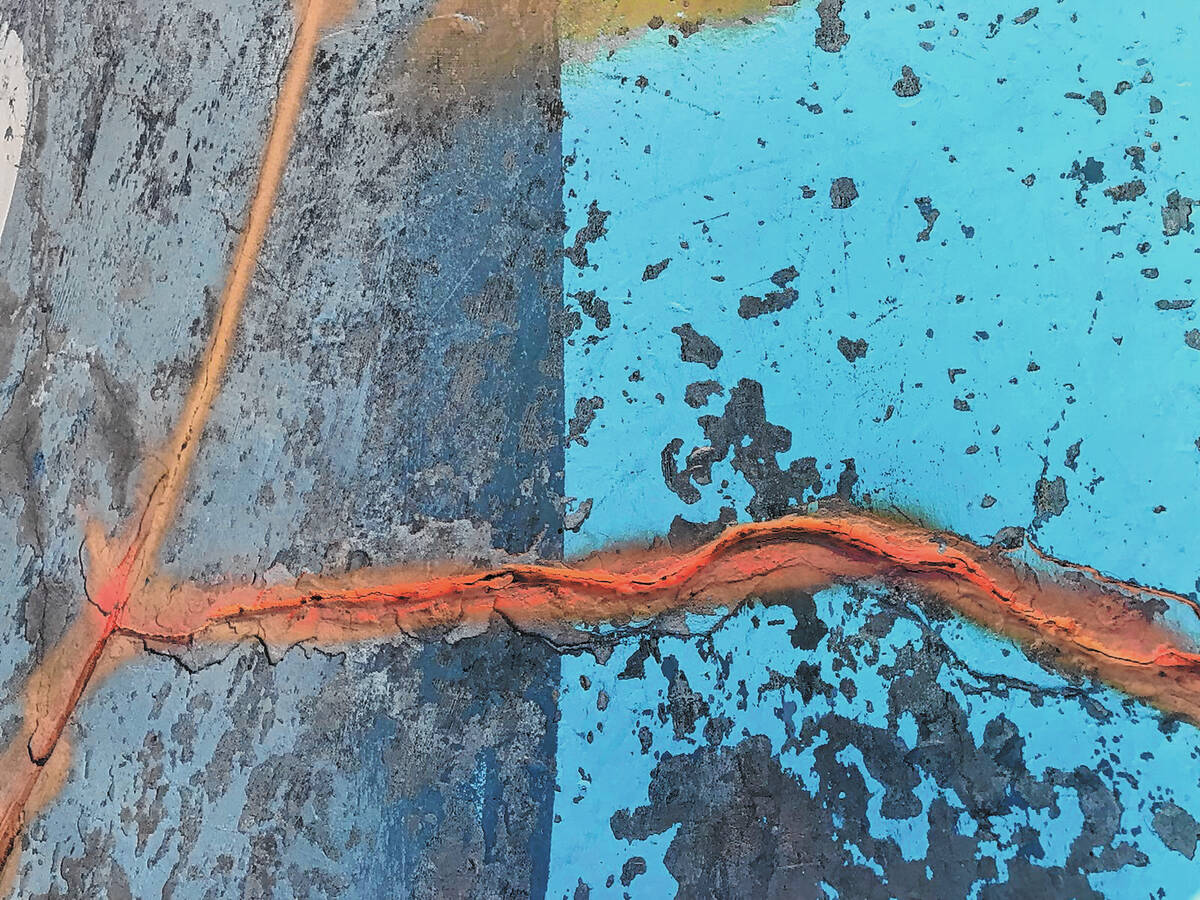 Robin Hebrock/Pahrump Valley Times The cracks at the skate park have all been traced over with orange spray paint, making them easy to spot. 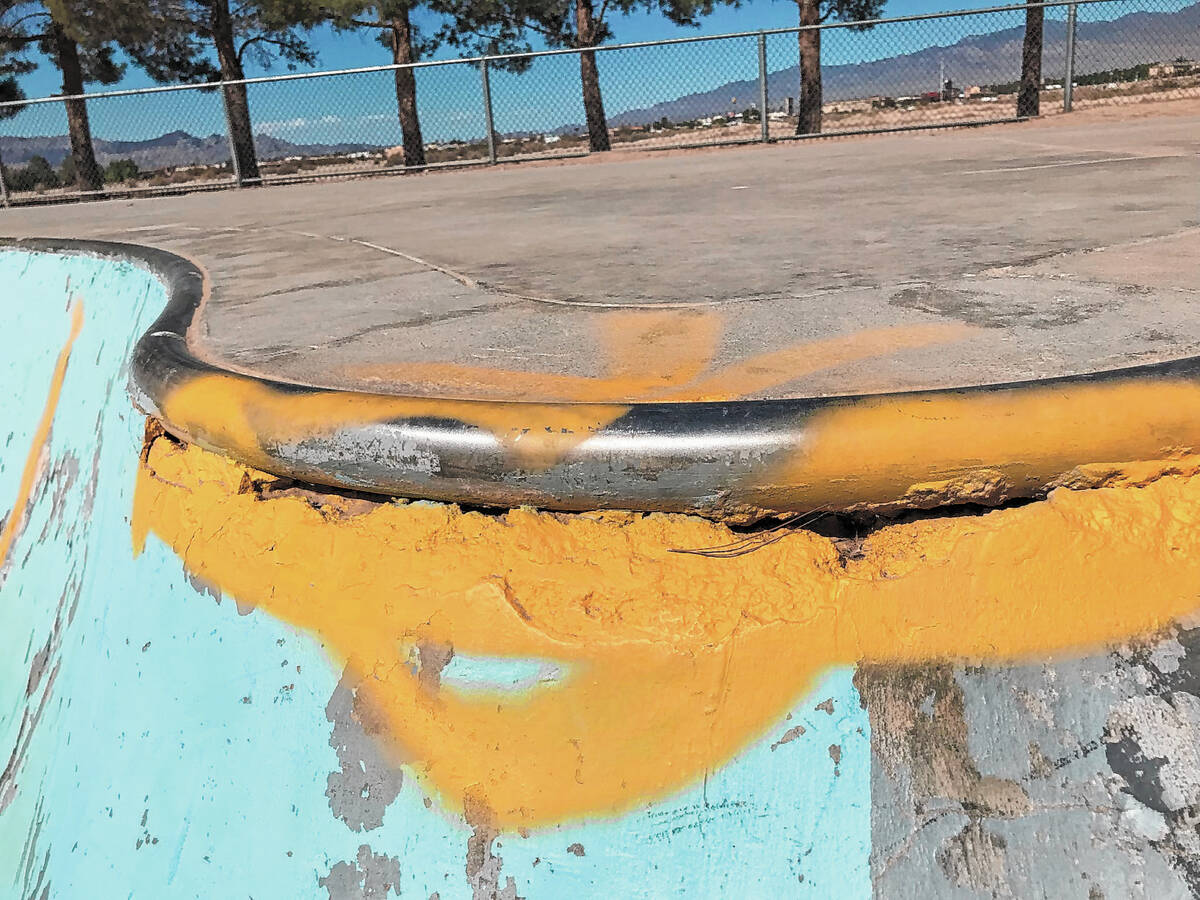 Robin Hebrock/Pahrump Valley Times The rails on the skate bowl are starting to deteriorate. 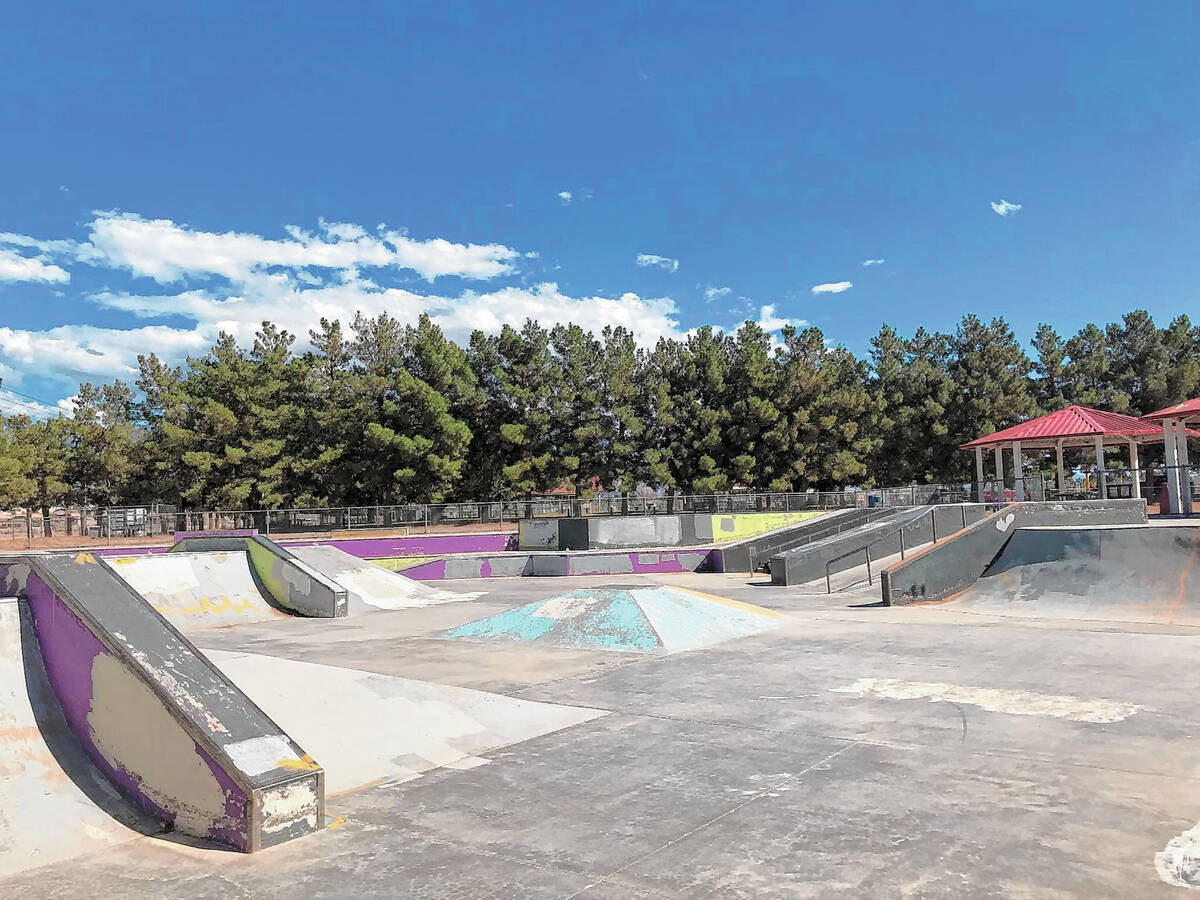 The Ian Deutch Memorial Skate Park is a popular destination for the valley’s youth but the condition of that park has been a sore point, with complaints from the public about the fractured concrete surface and the lack of lighting for nighttime activities a near constant problem. Now, after striving to rectify those drawbacks over many years, the town is finally preparing to undertake a major renovation project that will breathe new life back into the skate park.

The $550,000 revamping will be funded equally by the town itself and a grant through the Nevada Division of State Parks, with each entity putting in $275,000. The town’s portion will be paid out of its capital projects fund.

“The Land and Water Conservation Fund Grant Award Number P22AP00416-00 through the Nevada Division of State Parks is intended to assure that a sufficient quality and/or quantity of outdoor recreation resources are available to serve the present and future outdoor recreation demands and needs of the general public,” backup information included with the agenda items detailed. “This grant project will improve public outdoor recreation opportunities by renovating Ian Deutch Memorial Skate Park. The local youth will benefit from skating in a safer environment with the installed lighting and resurfaced skating area.”

According to the grant application, the project consists of installing seven 40-foot tall light poles around the half-acre site, as well as resurfacing of certain portions of the concrete and reconstruction of others. “Areas of cracked concrete within the existing skateboarding area will be removed, rebuilt and the remainder of the concrete surface resurfaced,” the application stated.

As underscored by Nye County Commission Chair Frank Carbone, who sits simultaneously as a member of the governing board for the town, the Ian Deutch Memorial Skate Park improvement project will be quite sizable in nature, remarking, “There are some issues with that skate park already, as far as all of the cracks and so on. And there are some issues in regards to the ground, with compaction.”

Commissioner Debra Strickland noted that the skate park bowls had originally been dug out by Strickland’s construction company through donated time in the early 2000s, but a proper base had not been part of that project. Town of Pahrump Buildings and Grounds Director Jimmy Martinez jumped in to explain that his staff was in the process of taking soil samples to ensure that the ground subsidence problems that have caused the cracking do not continue. He added that the plan is to install the lighting first, but that may change, depending on when the new light poles can be delivered.

The construction portion of the project will cost around $398,900 with the remaining amount going toward engineering, architectural and project inspection fees, site work and demolition.

Strickland made the motion to accept the grant with a town match, with a second from commissioner Bruce Jabbour. That motion passed with all in favor.