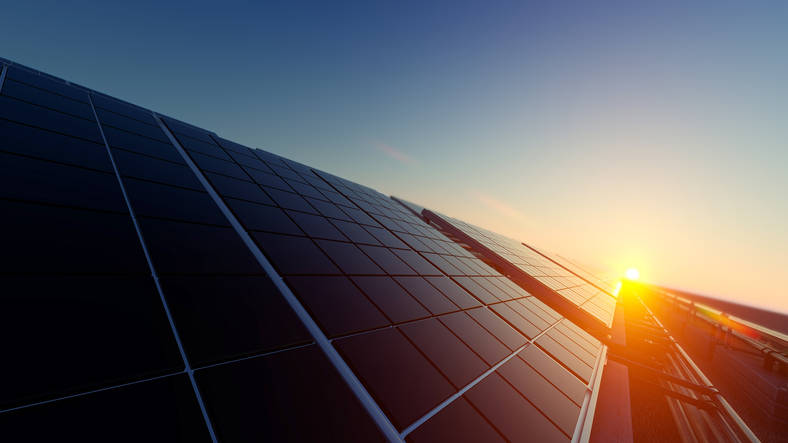 Getty Images The 500-megawatt Rough Hat Nye County Solar Project is planned near the border of Nye and Clark counties on public lands in the southeast area of Pahrump.

The Rough Hat Nye County Solar Project is a 500-megawatt alternating-current photovoltaic solar electric generation facility that is proposed by Candela Renewables. The project would be located on approximately 3,400 acres of public land in Nye County on the border with Clark County southeast of Pahrump, according to a filing with the Public Utilities Commission of Nevada.

John Franklin III, a spokesman for Candela Renewables, didn’t specify whether the project already has a power purchase agreement under which it would deliver energy to a specific customer.

“The project is at an early stage, so it’s premature to speculate about commercialization and other details. That said, as the project and the application process move forward, we – just like many alternative energy developers – typically communicate more about our efforts,” Franklin said.

The project would be comprised of solar panel arrays, gen-tie lines, a substation, operating and maintenance building, access roads, and other facilities that are typically associated with photovoltaic solar electric generating facilities, according to the documents. The project will interconnect to the regional electric grid and at the new GridLiance Trout Canyon Substation.

Candela Renewables, a company behind the project, is an independent developer that selects and deploys the best solar equipment and complementary technologies, such as battery storage, according to its website. Among the projects developed by Candela Renewables are Antelope Valley, Desert Sunlight, and California Flats in California, Barilla in Texas, and Moapa in Nevada.

“Typically, potential locations for solar power generation facilities are selected with significant care – based on a wide variety of factors, including those relating to environmental impact. Beyond making that point, at this time we can’t be more specific. It’s just too early in the application and development process,” said Franklin.

Some environmental groups have expressed concern that Rough Hat Nye, along with the two other proposed projects, Rough Hat Clark and Copper Rays, could industrialize the area around Tecopa Road near Pahrump and cause big environmental losses including some of the vegetation and could impact the desert tortoise.

“The Bureau of Land Management appears to have decided that nearly 13,000 acres of diverse Mojave Desert habitat should be sacrificed for solar panels that could easily be located on rooftops or in previously developed locations. The northern part of these solar applications contain mesquite woodlands while old Joshua trees are located south toward the Tecopa Road,” said Kevin Emmerich, a co-founder of the Basin and Range Watch.

Franklin said that the company takes environmental issues seriously and tries to minimize any potential impact of its projects.

“One of the reasons we founded Candela was to increase the world’s ability to generate power without relying on fossil fuels – the extraction and consumption of which, as we all know, have a significant and negative impact on the environment. That’s why we try to work closely with communities to minimize any potential impact our projects might have,” he said.

The next phase of the process involves conducting studies that investigate, define, and document the potential design of the facility and that also address all of the required parts of the regulatory agencies’ reviews, Franklin said.