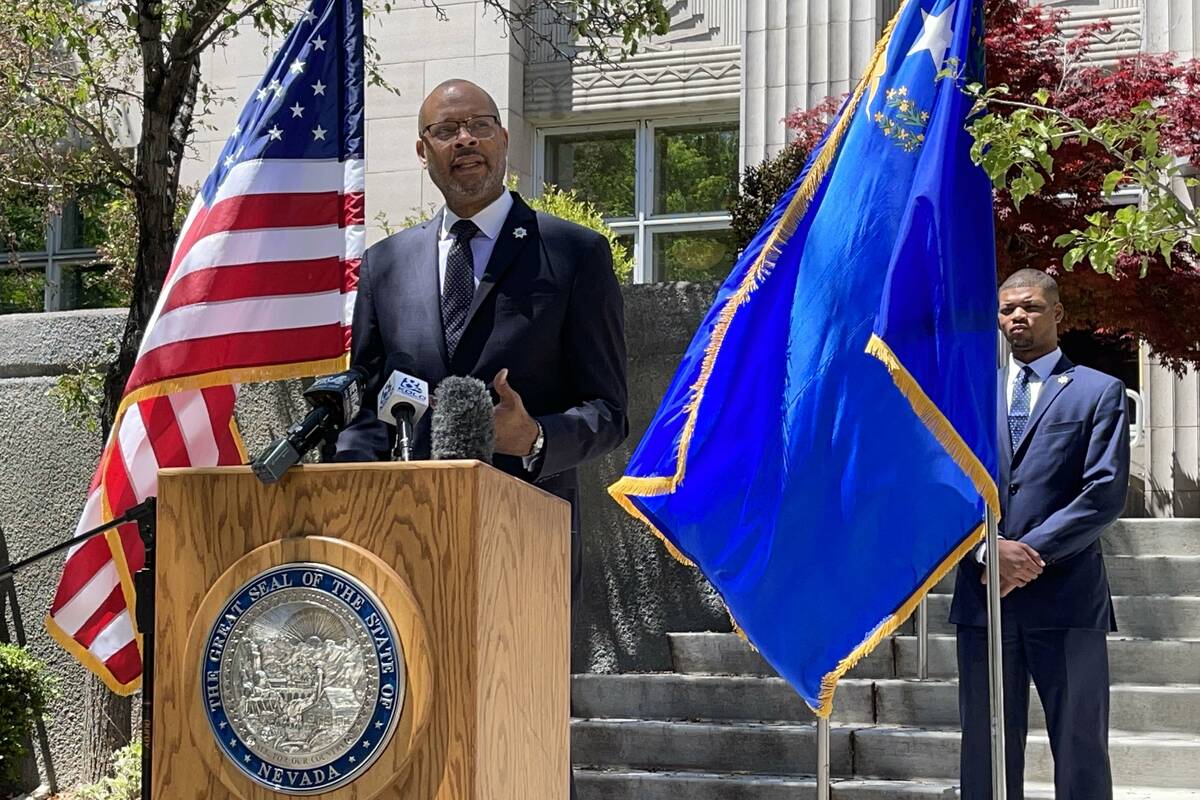 (Bill Dentzer/Las Vegas Review-Journal) Nevada Attorney General Aaron D. Ford joined a coalition of 24 attorneys this week in support of the U.S. Department of Justice’s challenge to Texas' new six-week ban on abortions, referring to the law as unconstitutional.

The law went into effect on Sept. 1.

On Wednesday Sept. 15, Nevada Attorney General Aaron D. Ford joined a coalition of 24 attorneys general in filing an amicus brief in support of the U.S. Department of Justice’s (DOJ) challenge to the Lone Star state’s new six-week ban on abortions, referring to the law as unconstitutional.

An amicus brief refers to a person or organization that gives advice to a court of law on a case in which they are not directly involved.

As stated in a news release from Ford’s office, the brief specifically supports the DOJ’s motion for a preliminary injunction of the law, which went into effect earlier this month.

“Let me make this clear, Texas has directly attacked the constitutional reproductive rights of its residents, who must be allowed to access safe and legal abortions,” said AG Ford. “The Texas abortion ban is a push for control by a movement who wants to return our nation to the past. We must learn from the mistakes of the past, not repeat them. Women must be allowed to make their own decisions when it comes to their health care and bodily autonomy.”

Additionally, the brief, filed in the United States District Court for the Western District of Texas, argues that by banning nearly all pre-viability abortions within Texas’s borders, the law, Senate Bill 8 (S.B. 8), violates nearly 50 years of Supreme Court precedent affirming the constitutional right to terminate a pregnancy before viability, the release stated.

The amicus brief further contends that the Texas Legislature sought to circumvent prior Supreme Court rulings and to prevent judicial review of the law by delegating enforcement authority to private individuals instead of the government and, as such, S.B. 8 is an “unprecedented attack on our constitutional order” and the rule of law, according to the release.

Further, the brief describes how Texas created a structure within its state court system that requires courts to provide monetary and injunctive relief to claimants who bring cases against providers and those who “aid and abet” such constitutionally protected care.

“The coalition argues that the federal district court should not allow Texas to render the constitutionally protected rights recognized in Roe v. Wade, legally void through the law’s transparent scheme,” the release stated. “The brief describes how the law is already significantly impacting abortion provider clinics in Texas and beyond, including in amici states. Clinics in nearby states are already reporting a rise in calls from Texas patients seeking abortions, and one day after the law went into effect, all abortion clinics in New Mexico were reportedly booked for weeks.”

The AG’s office also stated that the rise in abortion caseloads in other states from Texas patients, and the increase in needed travel for patients could result in many people, especially low-income people being unable to receive the care they need.

The law, according to Ford’s office also threatens the many people who help patients in Texas obtain access to an abortion by creating a more than $10,000 potential liability for anyone who so much as gives a patient a ride to an abortion provider or otherwise “aids or abets” in an abortion.

“The amici states, the brief explains, are committed to shielding their residents and clinicians from these harms when they help a patient in Texas obtain constitutionally protected care, ”the release noted. “Finally, the brief argues that it is essential for the federal district court to enjoin the law immediately to stop the irreparable harm that S.B. 8 is inflicting on people in Texas and across the country including the amici states.”

Moreover, the amicus brief stated that forcing a patient to carry an unwanted pregnancy to term, will lead to negative health and socioeconomic consequences, including placing people who are forced to carry a pregnancy to term at greater risk of life-threatening illnesses and harming their ability to maintain full-time employment.