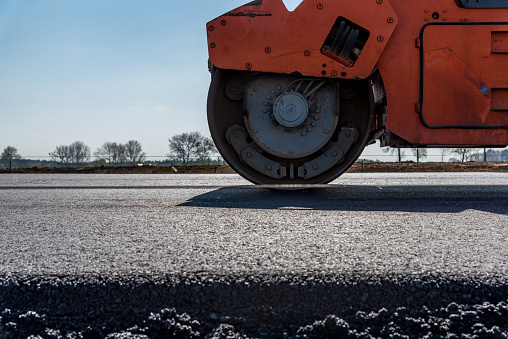 Nye County officials are looking for an alleged paving scammer who worked in the county without a license on Wednesday.

County Planning and Code Enforcement was notified of an unlicensed paving contractor who was working under the name of Statewide Asphalt.

The contractor was seen on Wednesday on West Basin Road in Pahrump by the county Department of Public Works employees and officials also received help from the Nye County Sheriff’s Office.

“This is a common scam as outlined in a notice from the Nevada State Contractors Board,” county Planning Director Darrell Lacy said in an email.

“In our investigation, we got business cards from Nevada and Arizona, there were Utah, Nevada and temp plates on the trucks and a Texas driver’s license from the man who said he was in charge,” Lacy said. “No state or local business license, no state contractor’s license and on the one project we saw, they claimed to be doing an asphalt driveway but they were not using asphalt.”

Power said such scammers are difficult to track down.

“This is a big problem in the asphalt pavement industry,” Power said. “They refer to them as gypsy pavers. They are nomadic and they travel from town to town and have no license. They do terrible work and there’s no recourse whatsoever.”

Anybody who sees these or other unlicensed contractors should call Nye County Code Enforcement at 775-751-4249 or fill out a complaint form at the planning office or online.