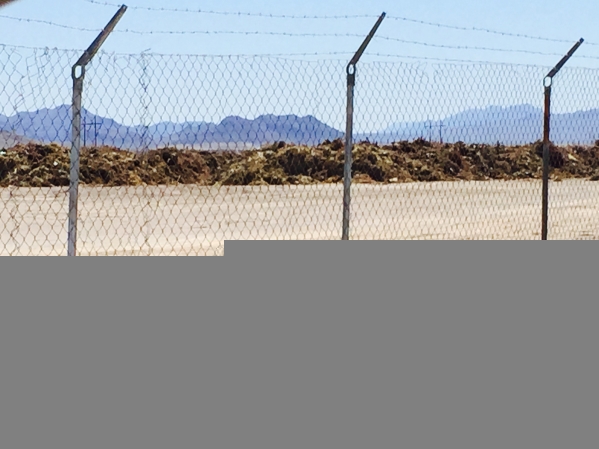 In a document submitted to the commission July 21, Cottingim claimed that he had seen a Renu Oil truck deposit waste on property located at 2712 East Cook Road in Amargosa on at least three occasions, and asked the board to order Settlemyer to obtain a solid waste permit as he claimed new waste keeps appearing on the site.

“This is a situation we have been dealing with for quite a while,” Cottingim said. “The Board of County Commissioners did require some documentation that Mr. Settlemyer never provided. â¦ We have received numerous comments that a new type of trash truck was dumping waste on the property.”

Cottingim said he had also received several reports of dumping trucks going onto the property.

“It’s been our contention from the start that it’s a place where the waste is deposited,” he said. “If they want to do it, they need to do a solid waste permit and comply with a whole bunch of things.”

Settlemyer, who attended the Tuesday meeting without his attorney, Dirk Ravenholt, said he had been wanting to postpone his appearance for one week, but couldn’t confirm whether he was on the agenda.

“I’ve never been arrested,” he said. “Whatever it is, I’m sure, the lawyer is going to take care of it.”

Settlemyer was issued an abatement mandate in March after waste build-up on his pig farm was considered a nuisance. He had 30 days to address the issue, but claimed he wasn’t able to do so because of the breakdown of one of his machines.

Ravenholt said agricultural operations were exclusive under the Nevada Department of Agriculture and therefore, the board of commissioners had no jurisdiction over the property.

“They have to get their permission first before they even file the action,” Ravenholt said.

“Clearly, it’s an administrative issue, not a criminal issue,” he said.

Commissioner Donna Cox said any violation of the solid waste management chapter would be a misdemeanor and the county is currently in the process of obtaining an administrative warrant for entry, seizure and abatement that would allow to abate the nuisance on the property.

“You have issue that the county abate this property as you can find a nuisance at that point which was what existed at the point of the testimony,” she said. “At the present time, we have our waiting assigned order from the Fifth Judicial District Court. We have to have an administrative entry and seizure warrant for the county to have the ability to go on private property to seize the matter and abate that nuisance as directive. Anything additional we can also bring forward such as another complaint to seize the continuation or the new nuisance of new dumping or to bring forward an item for the judge to relieve to stop future dumping.”

Deputy District Attorney Marla Zlotek said Nye County is waiting for the court to either issue the warrant or deny the application for the warrant. If the warrant is issued, a determination will be made whether the abatement of the nuisance requires the securing of quotes or the formal bidding process, she said.

Additionally, the Nye County Board of County Commissioners may direct the district attorney’s office to pursue an injunction relief against any violator of Chapter 8.24 of Nye County Code, Zlotek said.

To proceed with the enforcement of the code violation, commissioners told Cottingim he would have to go through the district attorney’s office.