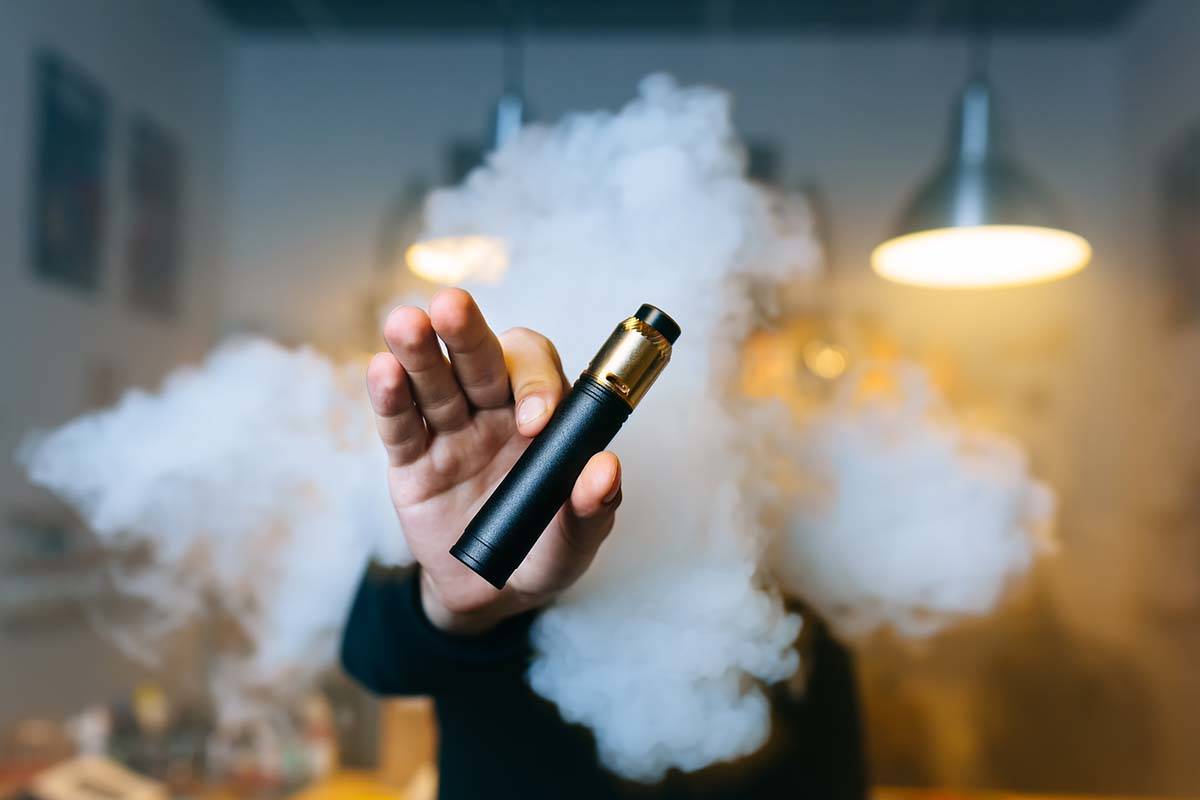 Roughly 350 miles from Pahrump, in Phoenix, an effort is underway to end vaping among youths.

The comprehensive plan to address youth vaping includes a national awareness campaign as part of a Vape-Free Schools Initiative, according to an American Lung Association news release.

The act of vaping involves the use of an electronic, or e-cigarette, device which simulates tobacco smoking. The device consists of a battery-powered atomizer and nicotine cartridge, from which the user inhales the vapor.

“In Arizona, 17.9% of high school students used e-cigarettes in 2019,” according to the Centers for Disease Control and Prevention’s 2019 Youth Risk Behavior Survey. “Vaping harms developing lungs and overall health and may place people at an increased risk for severe illness from COVID-19. Now, when protecting lung health is more important than ever, the American Lung Association announced a broad plan to end youth vaping.”

The release went on to state that as the school year resumes, more students might experience social pressures to vape, while others might begin to vape in response to stress, including stress related to COVID-19.

Arizona’s American Lung Association Leadership Board Chair Grant Smedley noted that many states are already facing what the U.S. Surgeon General refers to as a “youth vaping epidemic.”

“Our communities need support, and as the nation’s trusted champion of lung health, the American Lung Association is proud to offer parents and students proven approaches to end youth vaping in our communities and state,” Smedley said.

The American Lung Association’s comprehensive plan consists of four components aimed at ending youth vaping encompassing education, advocacy and research, including the “Get Your Head Out of the Cloud” public awareness campaign which equips parents with the facts about e-cigarettes and supports conversations before kids start to vape.

The Vape-Free Schools Initiative is also designed to help school administrators and educators address the surge of youth vaping through guidance while implementing a comprehensive tobacco use policy.

The policy is an alternative to a suspension program for students found to be noncompliant with existing tobacco use policies and offers a voluntary youth-centered tobacco cessation program, including vaping cessation assistance.

“Participating schools will be recognized as part of the American Lung Association Vape-Free Schools Initiative in their communities and with parents and staff,” the release noted.

Officials also plan to initiate a $2 million research investment to understand the effects of vaping on developing lungs.

The American Lung Association is also partnering with Northwestern Medicine in a $25 million funded grant, courtesy of the National Institutes of Health, to study the longitudinal lung health of millennials, including the long-term impact of vaping.

Moreover, the campaign includes free educational resources and guides, conversation starters and facts about vaping at TalkAboutVaping.org. There is also a video on YouTube.