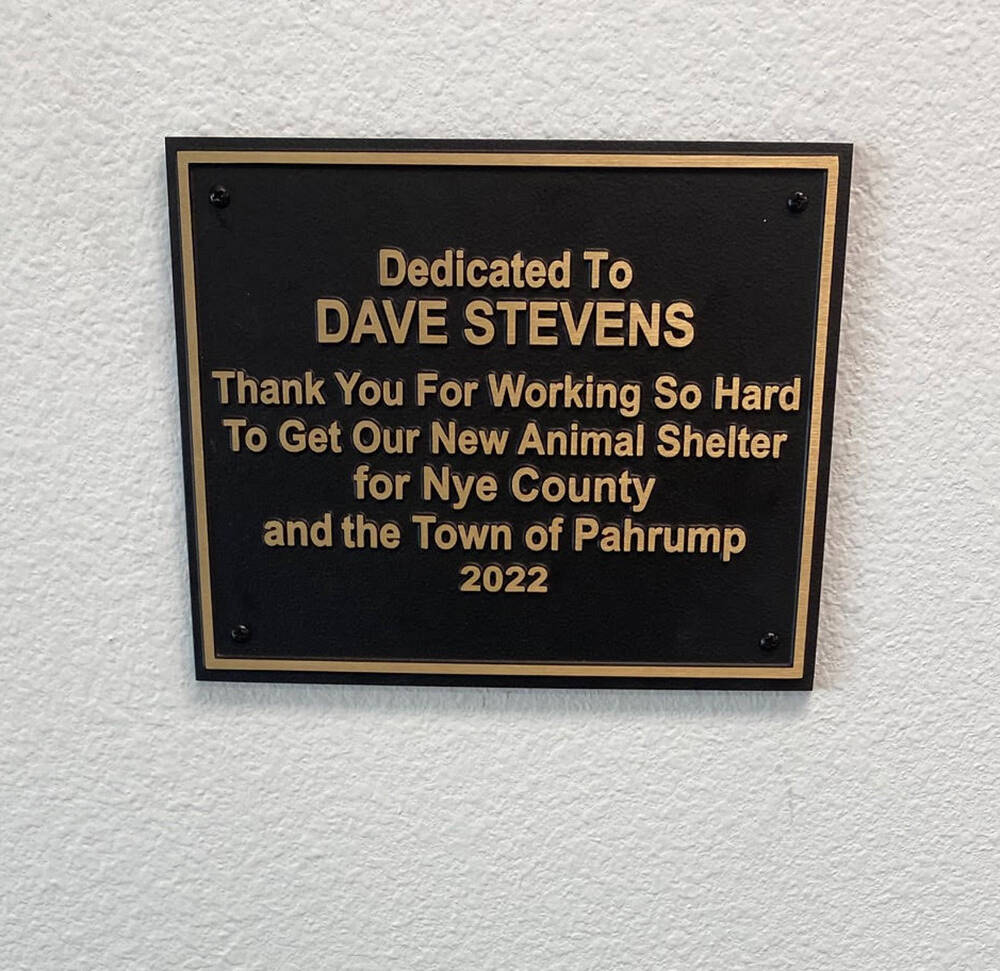 Special to the Pahrump Valley Times A new plaque hangs inside the main entrance at the Nye County Animal Shelter in Pahrump, honoring the memory of Dave Stevens, who continuously called for the county to build a new shelter for the community. 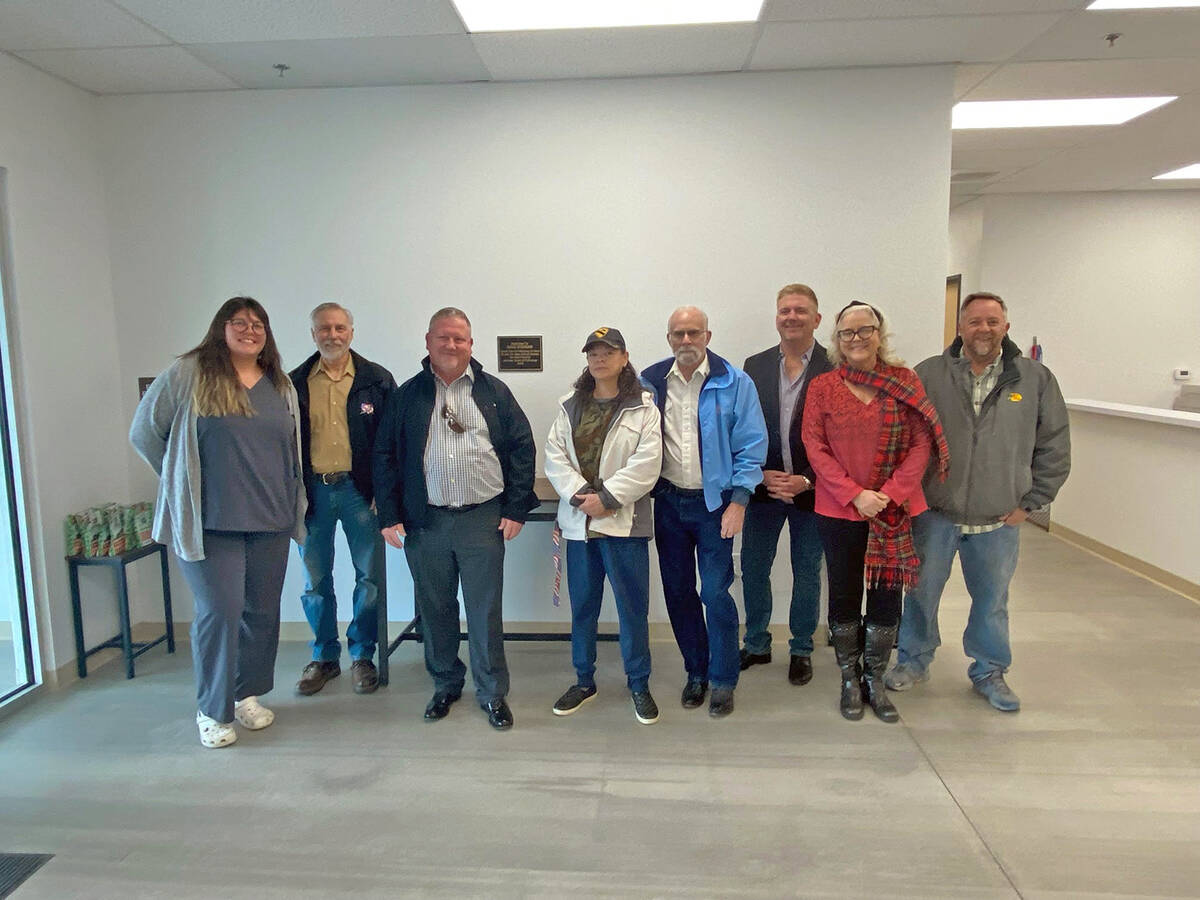 This was the emphatic introduction that the late Dave Stevens used to give before launching into public comment at meetings of the Nye County Commission.

Over the years, the former Pahrump Valley resident became something of a fixture at those meetings, sharing his thoughts on a wide array of topics with fervor but there was one subject in particular that seemed to be especially close to Stevens’ heart, that of the local animal shelter.

Once a beleaguered amalgamation of old buildings that was in sore need of repair, the condition of the local animal shelter had Stevens regularly barking at the commissioners to construct a new “dog pond” as the retired veteran had dubbed it.

Though the county did eventually find a way to push through the multi-million-dollar project, Stevens was unfortunately not around to see it. He died on Dec. 1, 2020, after the county had awarded the construction contract for the project but before ground had officially been broken.

Stevens was laid to rest long before the animal shelter broke ground but his dogged pursuit of that new facility has not been forgotten. Nye County Commissioner Frank Carbone decided to do something special in Stevens’ memory and he arranged for a plaque, which he paid for himself, to be hung inside of the brand new building.

“Dedicated to Dave Stevens. Thank you for working so hard to get our new animal shelter for Nye County and the town of Pahrump,” the plaque reads.

During an informal gathering on Tuesday, Jan. 17, Carbone was joined by fellow board members, shelter staff and others who played a hand in making the dream of new shelter a reality. Stevens’ plaque is now proudly displayed upon the wall just inside of the main entrance, so his demands for the betterment of his community can be remembered by all who visit.

“The county commissioners appreciate that we have something there to represent one of our citizens who came to this county commission many times and said, ‘Make sure you build a new dog pond!’,” Carbone noted during the commission’s meeting the following day. “Now we do have one and he was a very strong pusher for that.”

The Nye County Animal Shelter is located at 1580 Siri Lane in Pahrump.