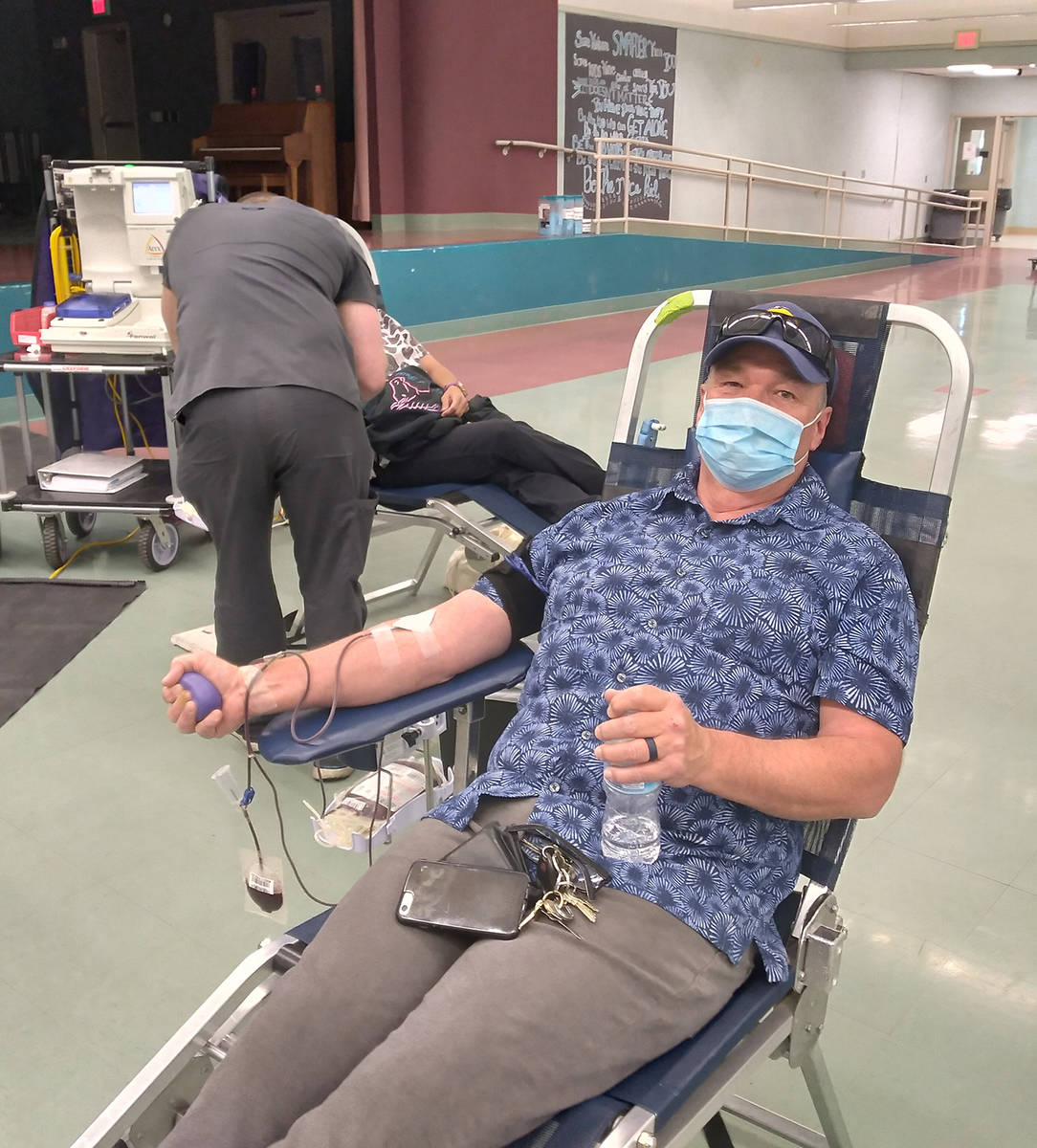 Selwyn Harris/Pahrump Valley Times Rosemary Clarke eighth grade science teacher Robert Sorrell provided a blood donation this month in honor of his student Michael "Super Mikey" Welch, who was diagnosed with a form of Leukemia back in May of 2014.

Born with a condition known as Acute Lymphoblastic Leukemia, local youngster Michael Welch, aka “Super Mikey,” underwent countless hospital visits over the years for treatment of his condition.

This month, a blood drive at Rosemary Clarke Middle School was held in honor of Welch who is now a student at the school.

Welch’s mother Ashley spoke about how her son is doing at present.

“He’s doing great, he’s in remission, so he’s doing awesome,” she said. “He took his last chemotherapy treatment back in 2017, so he’s growing and he’s ready to go to high school. All of his blood counts and everything will need to be checked every year. As long as he’s good, that’s all that will be required ”

Welch also spoke about the turnout for the blood drive provided by Vitalant Blood Services out of Las Vegas.

“I’m so grateful, and I believe they have filled almost every appointment,” she said. “We even had a couple handfuls of walk-ins already, so actually, it’s a bigger turnout than I was even expecting.”

One of the donors Welch was referencing was Robert Sorrell, an eighth grade science teacher at the school.

“I have given blood several times, and today I’m giving it for Mikey, who is one of my eighth grade students,” Sorrell said. “I know his mom and she’s a great lady, so I’m happy to do it. It’s my pleasure.”

Local resident Charles Plinske was yet another donor giving the ‘gift of life.’

“I’m donating blood today because blood was given to me,” he said. “I was born a little over three months premature and just barely over four pounds. I got 11 of them when I was born in Texas. I’m glad this company comes to the community and collects.”

On a final note, Ashley Welch spoke about the significance of the timing for the blood drive.

“We do this every May, because my son was diagnosed on May 19th, so May is a very special month for us,” she said. “That was when he received his first blood and platelet transfusion, so we try to do this every May of each year.”