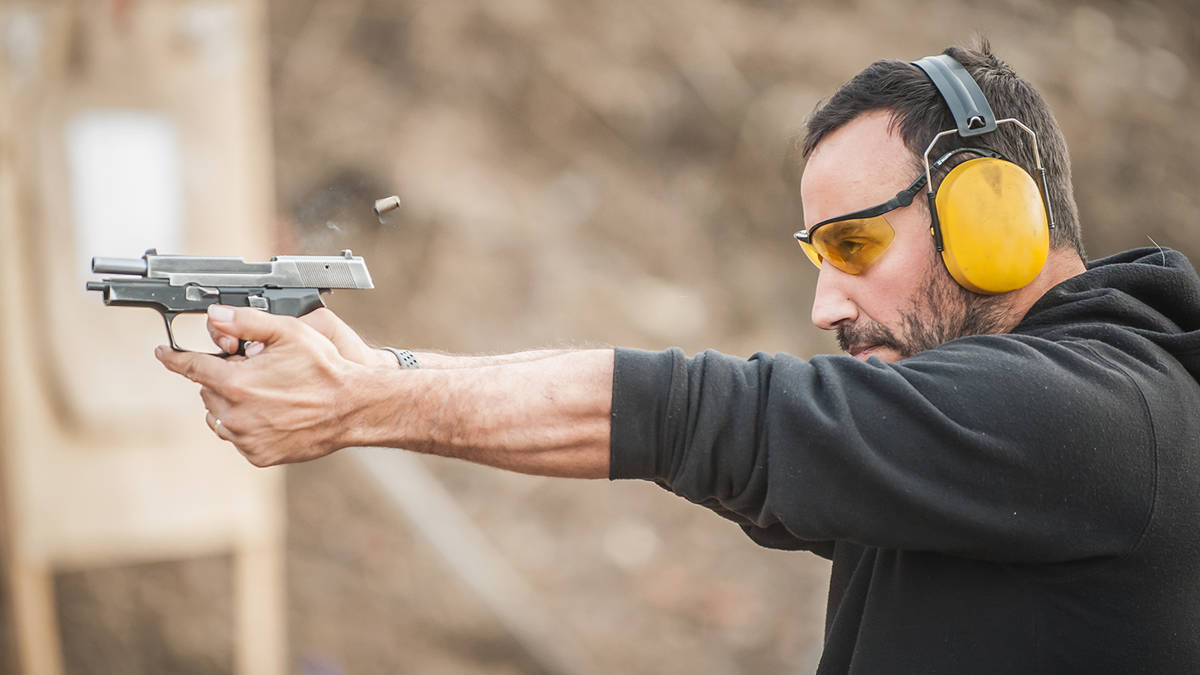 Getty Images Public shooting ranges are popular destinations for firearms enthusiasts and with many such individuals living right here in the valley, Nye County is in the process of developing a public shooting range for locals and tourists to enjoy.

Nye County has taken another step forward in pursuit of a public shooting range, with commissioners granting formal approval to the project during a meeting held earlier this month.

As of yet, a site has not been selected and a design for the facility has not been created but the approval given on March 2 is expected to lead to the settling of such details in the near future.

In the meantime, potential funding sources have been identified and commissioners are obviously excited to see this project finally moving forward after decades of discussion.

Nye County Comptroller Savannah Rucker started off the conversation on Tuesday, March 2, telling commissioners, “In reviewing this project, this does qualify for capital funding, so we could support this project from fund 10401 or fund 10402, or a combination of the two funds. That could be a starting place, if the board were interested.”

Nye County Commission Chair Debra Strickland made sure to emphasize that the item before the board that morning did not come with specifics and was simply meant to authorize the county to move forward.

“This commission, or the public, may or may not be aware, commissioner Blundo and I have been working on this project. And all we have here are just wags, we have no idea what this project could in fact cost, until we have a design-build in place,” Strickland said.

Before the motion was put to a vote, commissioner Frank Carbone chimed in to ask about the potential locations for the project, with Strickland remarking that the county has been looking at a few options. Most recently, the commission had given its approval to a zone change for a 31.5 acre portion of a 41.21 acre parcel of county-owned land located at 2871 E. Mesquite Avenue, where the Nye County Sheriff’s Office’s training and shooting facility is currently located, but that is just one of the options on the table. Carbone was quick to point out the motion made by Blundo was not tying the county to a specific site, it was simply to help get the ball rolling.

Commissioner Bruce Jabbour, newly seated as a county representative for the first time this January, asked about the existing shooting range on Bell Vista just west of Pahrump and whether it has been considered for the project. That location has, in fact, been considered but it has so far come to nothing, as the process of acquiring that property has proved to be extremely difficult.

“We’re in a little bit of a conundrum there,” Blundo stated, explaining that the county would either need to go in and completely clean up the site in order to apply to the Bureau of Land Management for acquisition of the property, a process that in and of itself could take a very long time, or else wait for an act of Congress, which has been considering the return of some federally managed lands to local control.

“So that is not county-owned property? It’s BLM?” Jabbour clarified.

“Yes, that site you are discussing is BLM and BLM has not had disposable land for our use since 1998,” Strickland replied. “So it’s been very difficult.”

Strickland added that at the moment, the county was looking to construct a public shooting range within the town that could adequately serve the community for 20 to 30 years. However, the county is still considering the eventual acquisition of the Bell Vista site so that if the community grows to the point where an outdoor shooting range within the town limits is no longer acceptable, the county could move its operation to that site in the future.

“I’m just glad to see us moving forward,” commissioner Donna Cox stated, with Blundo adding, “The people have asked for us to have a shooters site and I think it’s about time that the people can safely do that within the town of Pahrump.”

The motion to approve passed with all in favor.