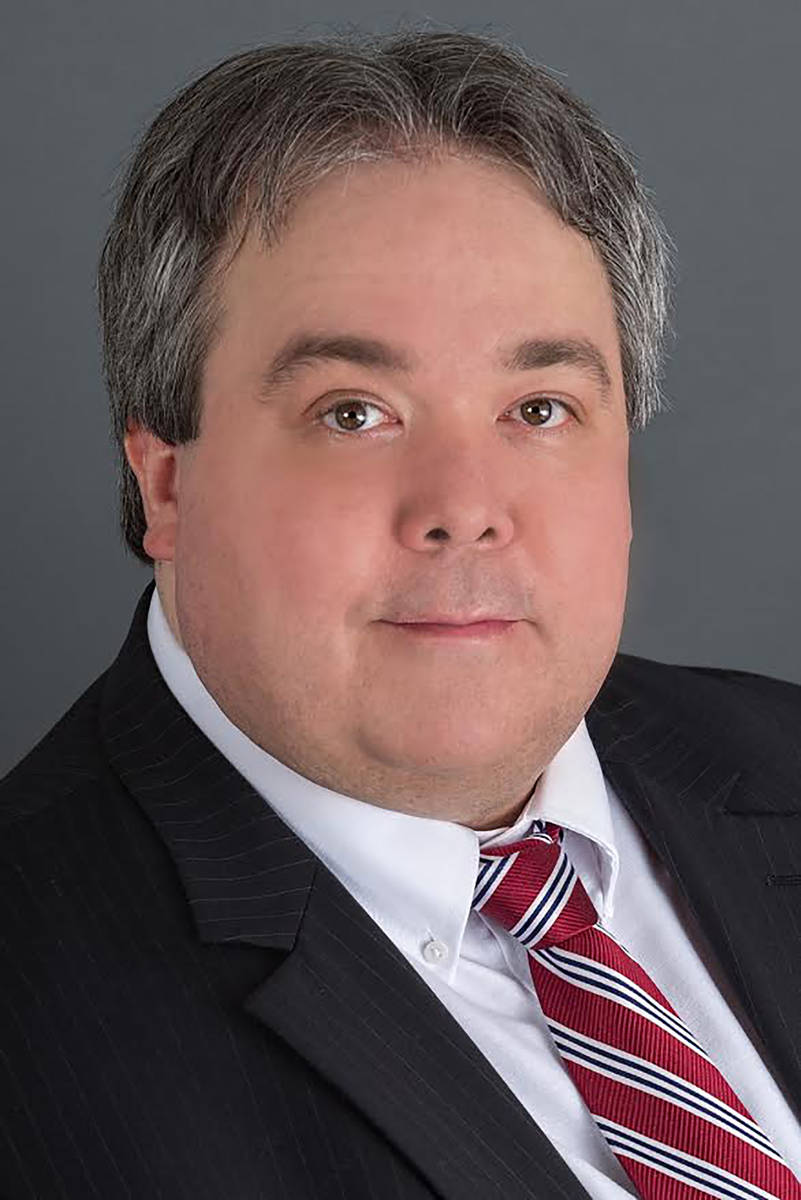 “This office represents all the people of Nye County regardless of political affiliation,” Arabia said. “If you are a victim of political violence, I would urge you to contact law enforcement. We will then decide how to handle any cases submitted to us based on the evidence, not the politics.”

Arabia said that despite the “predictions” outlined in Zimmerman’s email, there is no evidence of plans for political violence in Nye County.

“Regardless of what you may have heard or read,” Arabia said, “People should know that Sheriff (Sharon) Wehrly and I are unaware of anyone in Nye County planning political violence or any illegal action against any political opponents or governments, either here or outside the county.”

The address in question was also posted on the Nye County Central Committee’s website.

Zimmerman’s email predicted, among other things, “high-profile arrests” of people in “high offices,” activation of the Emergency Broadcast System, resorting to the Insurrection Act, the inauguration of President Trump on Jan. 20 and major internet outages.

“I’ve reviewed Mr. Zimmerman’s letter in light of the widespread concerns that it was a call to insurrection or violence,” Arabia said. “First, neither chairman Zimmerman nor the committee speak for my office or the county government. That said, the letter does seem mostly to consist of predictions and commentary. In my opinion, it doesn’t incite the reader to engage in unlawful violence, and, as such, it falls under the protection of the First Amendment.”

Sheriff Sharon Wehrly also made a statement on the office’s YouTube channel, starting off by making it clear that neither she, or anyone in the office, took part in drafting the communication.

“Neither I, nor my staff, had a part in writing or disseminating a Republican Central Committee communication as of late,” Wehrly said. “Because the events during the past year have been filled with turmoil, and these recent activities have left people with a general feeling of insecurity and unstableness, I wanted to reassure everyone that I and my office stand for all the people within Nye County.”

Wehrly continued: “We will enforce the Constitution of the United States and the Constitution of the state of Nevada. As you know, people of the United States have the right to freedom of speech under the First Amendment. People have the right of free speech, among many other rights. These rights are respected. However, when actions rise to acts of violence, that violence will not be tolerated. Illegal activity will not be tolerated. No matter who you are or what your beliefs are, the Nye County Sheriff’s Office is here to protect the citizens and visitors to Nye County, to protect you. We will remain neutral, should any problems arise within our communities. Each incident will receive unbiased evaluation and the appropriate response.”

A statement from the Nye County Board of Commissioners also made clear that the board’s chair did not take part in drafting the document.

“The title gave some readers the erroneous impression that the Nye County Board of Commissioners’ chair wrote the post,” a statement from Nye County Public Information Officer Arnold Knightly said in an email. “The letter was authored by the chair of the NCRCC, and has no affiliation with the Nye County government.”

Knightly’s email directs all questions to be sent to the Central Committee.

“As we have learned last week, words may lead to actions, and both have consequences,” Ford said, in part, in a written statement. “Those peddling conspiracy theories and lies must take personal responsibility for their words and the consequences of pushing these lies on a public looking for guidance. This includes the leader of a local political organization whose recent letter lends to the inflamed passions that likewise led to the insurrection we all just experienced.”

U.S. Sens. Catherine Cortez Masto and Jacky Rosen, both Democrats from Nevada, have requested that the FBI investigate Zimmerman via a letter.

“The senators expressed concerns that the rhetoric expressed in the chairman’s letter may incite violence and insurrection against elected leaders,” the statement reads.

In the letter to the FBI director, the Nevada senators wrote, “As you can see, the letter, published January 8, 2021, denies basic facts about the 2020 election and falsely claims that President Trump – not President-elect Biden – will be inaugurated on January 20. The letter goes on to claim without evidence that there is a plot involving Vice President Mike Pence to overthrow President Trump, and refers readers to Lin Wood’s posts on Parler, where Mr. Wood recently called for Vice President Pence’s execution. The letter describes being in a ‘battle for our republic’ and ends by saying that ‘It’s 1776 all over again!’”

Rep. Steven Horsford, D-Nev., also made a statement on Twitter about Zimmerman’s communication.

“Zimmerman, your seditious letter is now being publicized—suggesting the president-elect will not be inaugurated,” Horsford stated in a Jan. 10 Tweet. “This effort to intentionally stoke division and incite criminal acts against our government must be rejected and condemned by everyone who believes in our democracy.”

Horsford also Tweeted, “To date, the failed coup on Jan. 6th resulted in six deaths, including two U.S. Capitol Police officers. I’m calling on my Republican colleagues to condemn Zimmerman’s letter, affirm the election results, and reject any and all forms of insurrection against our federal government.”

An updated statement on the Central Committee’s Facebook page says, in part, “There was nothing in the letter that included, implied, or supported anything seditious.”

See original communication from the Central Committee at https://nyegop.org/blog-2/?v=7516fd43adaa