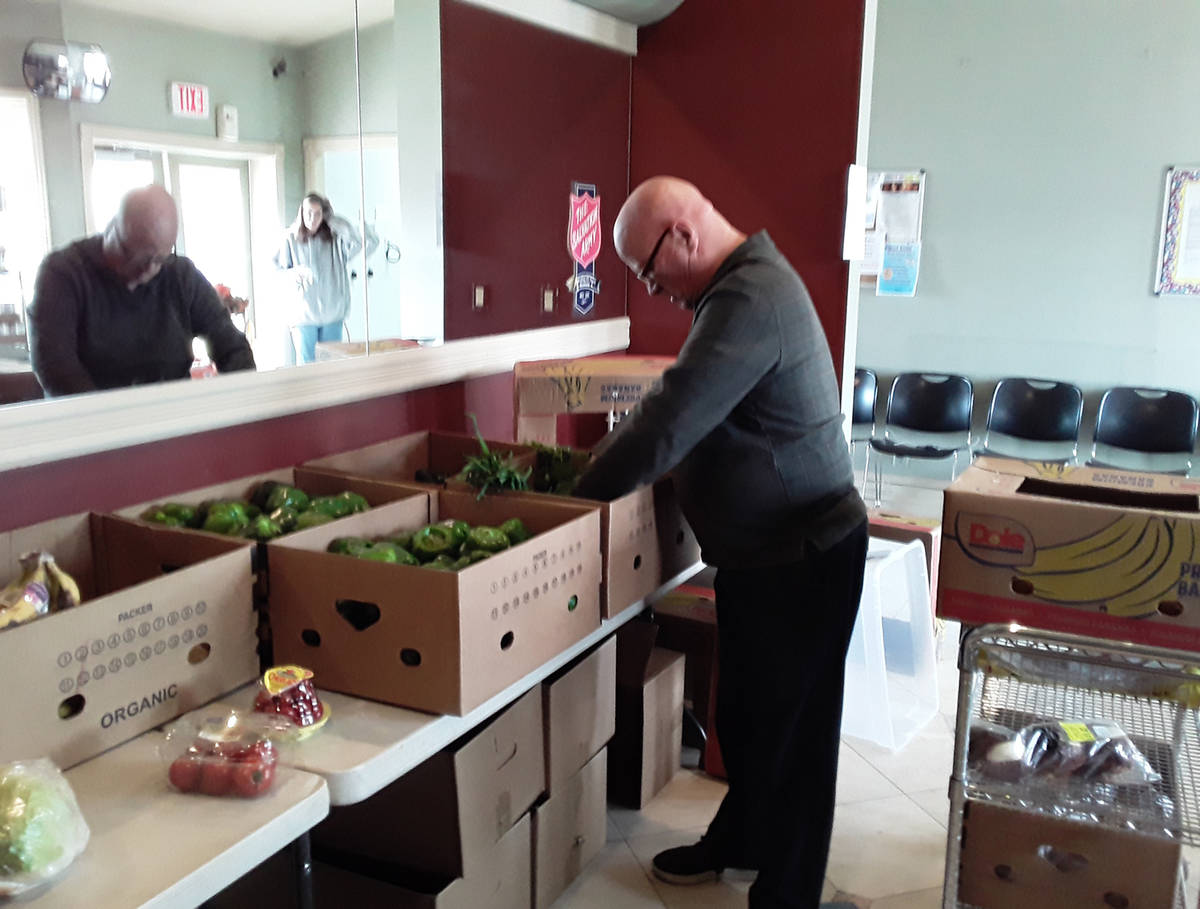 Officials from the Las Vegas Area Council, Boy Scouts of America, are retooling their Scouting for Food Drive, in response to the COVID-19 virus outbreak.

As stated in a news release, Pastor Jon Watt, Pahrump’s Salvation Army’s Service Center director, said the Salvation Army Southern Nevada’s food pantries are being depleted in the wake of the pandemic.

“Even the 135,000 pounds of food collected by scouts in mid-November has been given away to families, many of whom have been affected by COVID-19 closures and layoffs,” the release stated.

South Field Director for the Las Vegas Area Council Patrick Ballinger reached out to the nonprofit organization with whom they have partnered to collect donated non-perishable food for over 31 years, the release stated.

“During these trying times, we understand that the Salvation Army is running out of food to distribute to needy families,” Ballinger said via email. “We appreciate the opportunity to continue our long-standing partnership, especially in these difficult times.”

With the new version of the Scouting for Food program, donors will be able to conduct “no touch” drop-offs of non-perishable food, including canned meats, vegetables, fruit, peanut butter and jelly, pastas and jarred or canned sauce, boxed ready to cook meals and other items.

Volunteers will take the donations out of the cars as they come through and sort them for use at the Salvation Army’s Pahrump food pantry.

Pastor Watt noted this week that the virus outbreak has indeed affected food distribution operations at the location.

“We are having to keep the people in their cars, so we go out and find out what they need,” he said. “The COVID-19 virus took away some of our volunteers because of their age, because we have to make sure that no one over the age of 65 is volunteering at the Salvation Army. It cost us some of our volunteers for the time being, so we had to reach out to other people to come in who were not normally volunteering, while they are waiting in between jobs.”

Additionally, Watt said the Salvation Army is one of the few food pantries in town that has not altered its business hours.

“We committed from the get-go that we would not change the hours no matter what, so that way people can reach us,” he said. “We are making sure that we have somebody here Monday through Friday if somebody needs to contact us. The food pantry is open on Tuesdays and Thursdays from 8:30 a.m. to 2 p.m., and we have seen an increase in people needing food. We have also seen a lot of people who said they have never had to rely on a food bank. We have not had Sunday worship services since March, because the commander for the Salvation Army over the entire United States, shut that down but we are allowed to do Facebook, or Facebook live, but nothing in person.”

Major Randy Kinnamon, Clark County commander for the organization, applauded the efforts of the scouts’ Scouting for Food program in the region.

“I think what the Boy Scouts do for the Salvation Army and the families we help is simply amazing,” he said. “It is wonderful that in this time of crisis for our valley residents, the scouts have found a creative way to build upon our already strong partnership, assisting us in doing the most good for those we serve.”

If area residents would like to donate cash for the purchase of food for the pantry, the Salvation Army also offers a “text-to-give” alternative, by texting ScoutingForFood to 51555 where they will be directed to the online giving site, to make a donation in the amount desired.

The donation page can also be found at salar.my/ScoutingForFood.