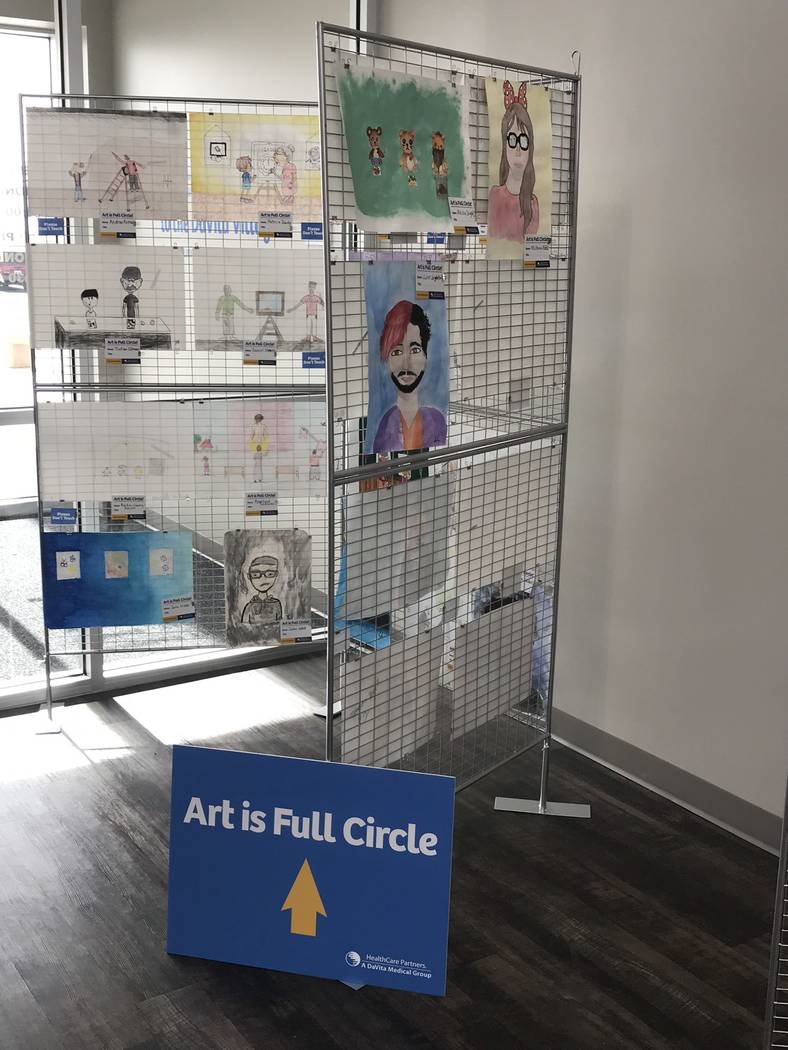 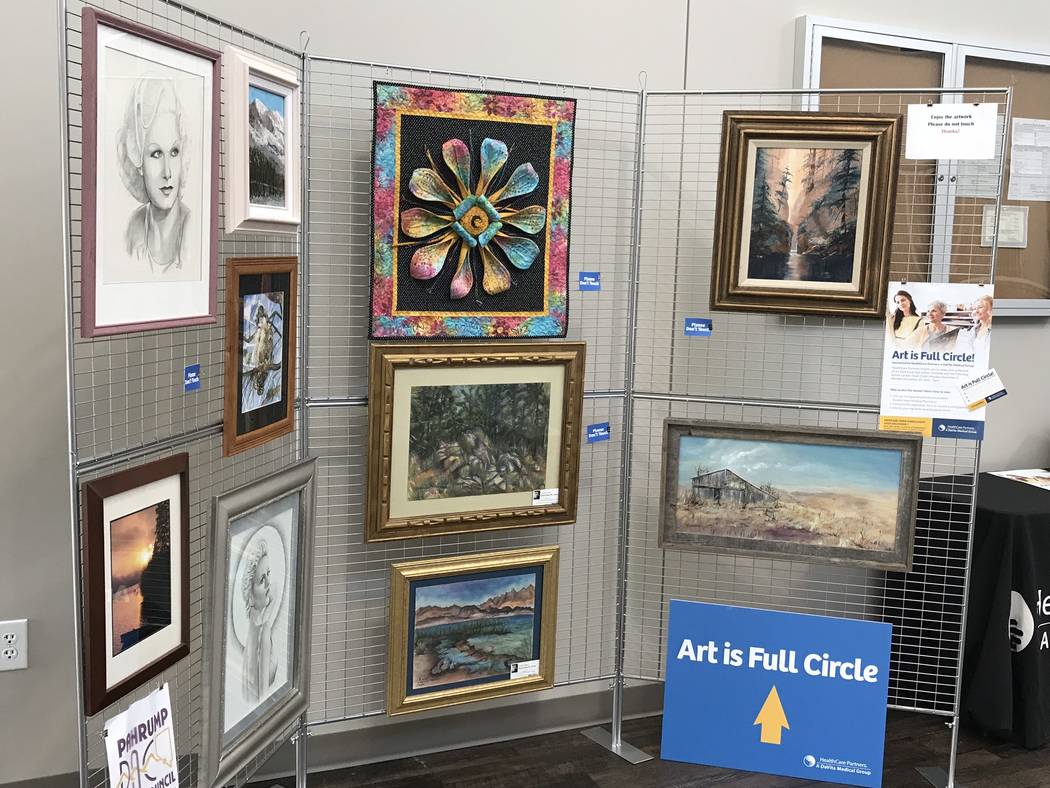 Jeffrey Meehan/Pahrump Valley Times HealthCare Partners housed an art exhibit, with about 40 to 50 pieces, at its new facility at 1397 S. Loop Road in November. The display, which had works from Pahrump Valley High School students and the Pahrump Senior Center, could be seen from Nov. 6-20. 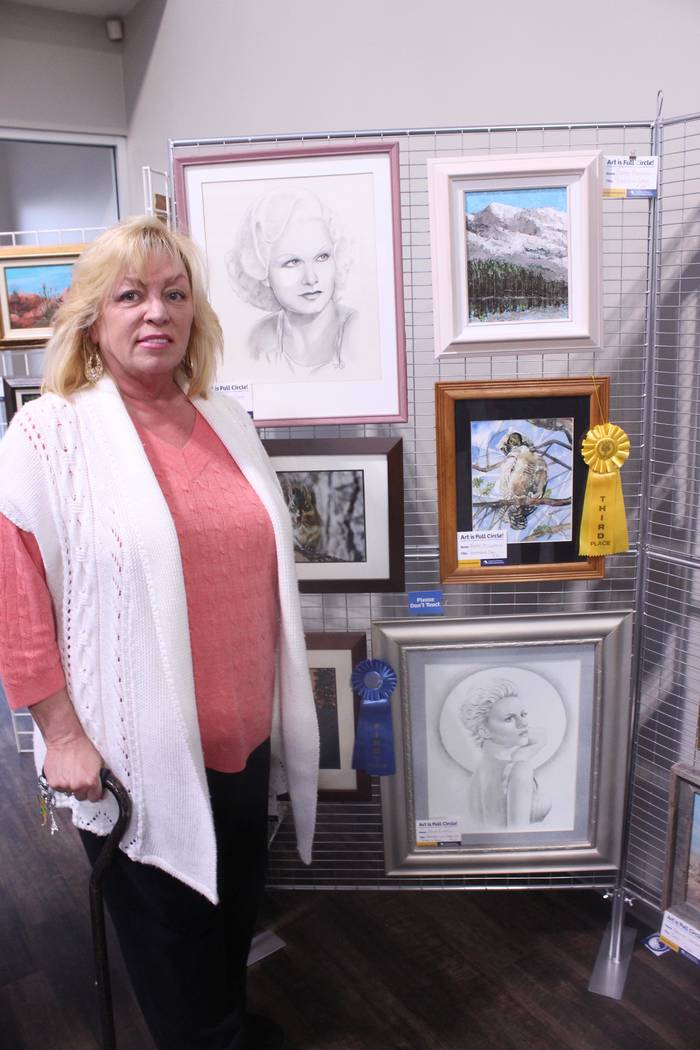 Jeffrey Meehan/Pahrump Valley Times Julia Elwell won the no. 1 spot for her portrait she entered into the Art is Full Circle contest at the HealthCare Partners' building at 1397 S. Loop Road. HealthCare Partners displayed the art from Nov. 6-20, which were voted on for top spots. The winners were revealed at the end of November. 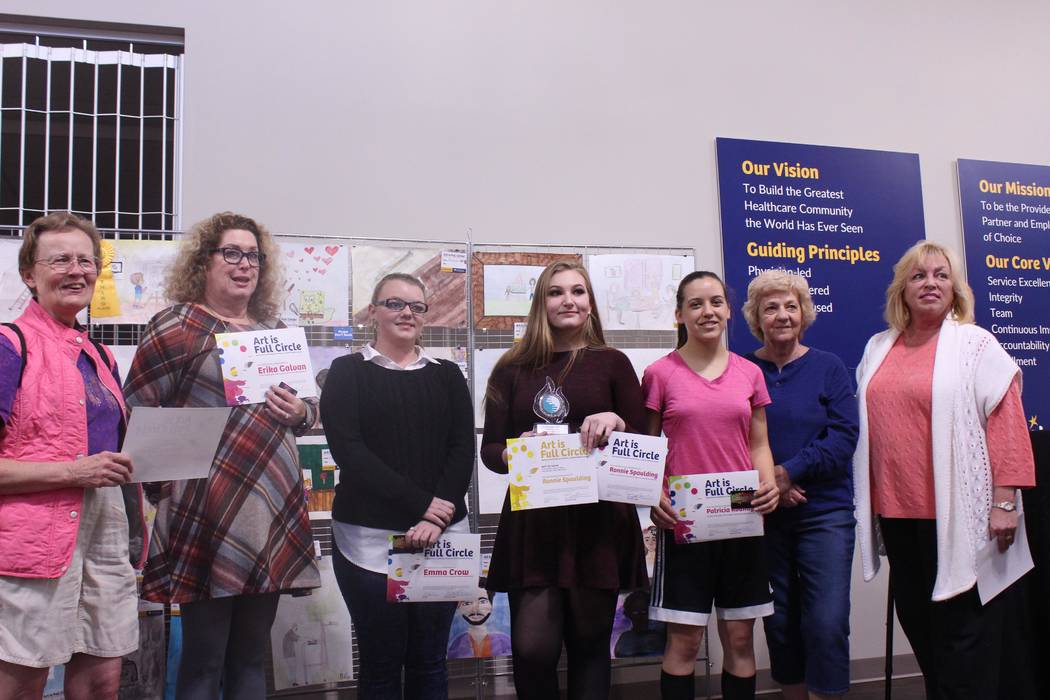 Artists across the generations were honored at the HealthCare Partners building at the end of November.

Local seniors and high school students were honored during an awards ceremony on Nov. 30 at the HealthCare Partners’ building at 1397 S. Loop Road for their work on the Art is Full Circle contest.

Roughly 40 to 50 pieces of art were left on display from Nov. 6-20, with members of the Pahrump Art Council, high school students and the public choosing the winners across three categories.

Top winners from the local high school were Ronni Spaulding for first place, followed by Emma Crow and Patricia Roundy for third.

Elwell said she got the “portrait artist’s gene” from her mother, Bernadine Pitts, who also had pieces entered in the contest. She’s been an artist for 40 years, she said.

Second place went to Marlene Transue and Nancy Stilwell was chosen for third.

A third category allowed members of the public to vote on their favorites, with the top three from both categories being given awards.

How the show started

“We wanted to show our part of being in the community,” Anderson said. “Some of our ideas were to integrate different societies, so art was one that we were able to reach forward and get a sponsorship from.”

HealthCare Partners worked with the Pahrump Senior Center, Pahrump Valley High School and other organizations to put the display together.

Anderson said the display at the HealthCare Partners facility has been well received by the public so similar displays could be seen in the future.