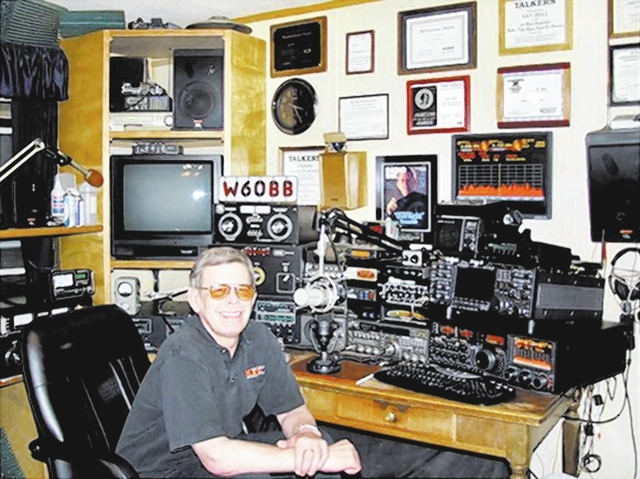 After less than two months on the air, Art Bell, the master of late night paranormal talk radio is in a dispute with his new employer SiriusXM Satellite Radio.

As a result of the rift, Bell’s new show “Dark Matter” has gone dark on SiriusXM channel 104.

Not long after the show premiered on Sept. 16, Bell noted some problems associated with the streaming of content on his program.

On Bell’s website this week, the following message was posted to inform his legions of fans and listeners why he decided to halt the broadcast: “We are sorry that Dark Matter on SiriusXM has come to an abrupt end.” Bell said. “We’ll examine our options and may be able to return in a different format and medium. In the meantime, ArtBell.com will still operate as long as financially possible, hoping for a workable solution to bring Art back to you, soon. Keep checking back here often,” the post stated.

In another post, Bell expanded on the situation between he and SiriusXM executives that presumably led to the apparent suspension of his broadcast.

“Many thousands of my listeners came on board when it began but they have fallen off because of that reason. It’s a systemic problem. For a caller-driven show like this one, speaking only to people on cell phones in moving vehicles is somewhat difficult. The show also is being pirated, oh you have no idea. We are all over the Net right now, from YouTube to a server in England, for example, that’s streaming the show live. And because of all this, I have asked SiriusXM to alter their normal method of doing business and allow free streaming for everybody from artbell.com. If we get the opportunity to do this streaming, we will kick some serious butt…If not, we may not have a viable situation going forward,” the statement read.

Bell founded Pahrump’s own KNYE 95.1 FM, where he broadcast the very popular Coast to Coast AM for many years.

His return to the airwaves came as a pleasant surprise to all of his fans this summer.

In an exclusive interview with the Pahrump Valley Times in August, Bell seemed ebullient about returning to talk radio.

“Two terrestrial networks, which I won’t name, approached me and I turned them both down. I later got a Facebook message from a fellow named Jeremy Coleman, who is the programming manager for SiriusXM. We connected and talked. The more we talked, the more it seemed logical. That’s how it happened. He approached me and after turning down a couple of big networks, I said ‘this would be fun.’ I really like the technology. I’m thankful to be back on the air,” he said at the time.

On Tuesday, comments from listeners on Art Bell.com’s Facebook page were plentiful and varied.

“I have listened to the show on my computer, iPad, iPhone and iTouch and never had a problem,” said Wayne MacPherson. “This is just a stunt to get the show on his website to get more traffic and sell advertising. That way he can get paid by SiriusXM and make a buck of advertising as well. What a scam. He should have stayed retired. I don’t buy this for a second. It makes me question everything I have ever heard him say over the years.” the post read.

Another listener opted for the simplest solution to get Bell back on the airwaves.

“I think Art ought to just buy some air waves and run his own show,” said Alyssa Bubbliez. “Wouldn’t it be nice if it were that simple?”

It’s not the first time Bell prematurely signed off the air.

He semi-retired from his popular Coast to Coast AM in 2003.

Talk Show Host George Noory became the permanent host of Coast to Coast in the wake of Bell’s departure.

His most recent retirement came in 2007.

At the time, he said he wished to spend more time with his new wife and daughter while making it clear that unlike the reasons of his previous retirements, the 2007 episode was a positive decision and he would not disappear permanently.

A year prior, Bell moved to the Philippines but returned home to Pahrump less than a year later.

The legendary talk show host has not commented on the matter nor has Patrick Reilly, a senior vice president and spokesman for SiriusXM.