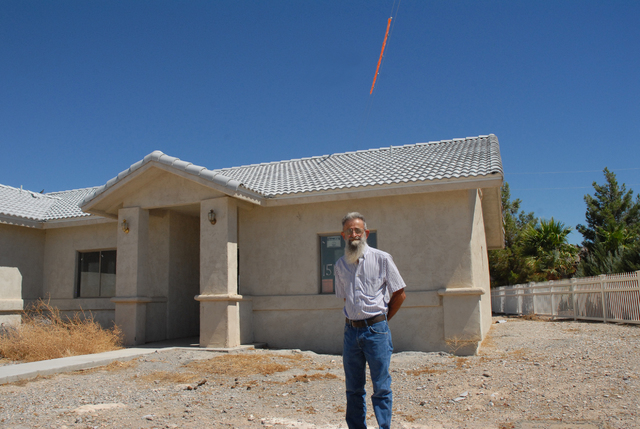 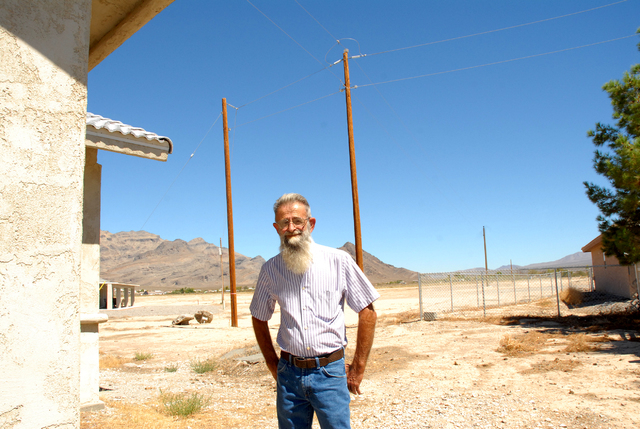 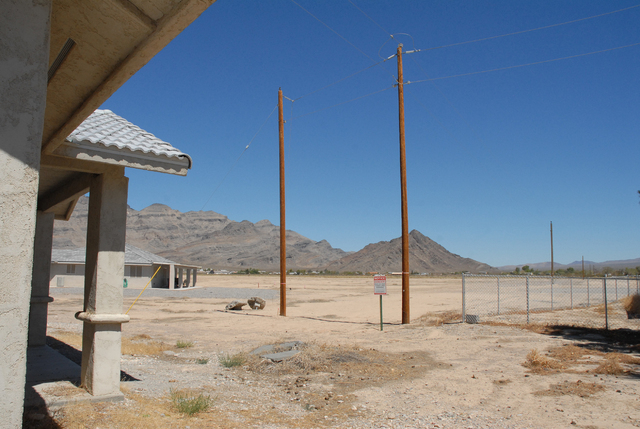 Some residents live along streets with names like Power Line Road, but in Dan Salzwimmer’s case, the local rental property investor can say he bought a house directly underneath Valley Electric Association power lines.

Now the utility wants him to help pay to move them.

Salzwimmer, a Virginia City resident who recently moved to Pahrump, bought a home on a lot at 1510 W. Big Oak St. on the far north end of Pahrump. He paid $60,000 at the Nye County tax sale in April. Right after his purchase, Salzwimmer was informed by VEA the power lines that float above his new home have to be moved. Salzwimmer said he was informed by VEA in a letter dated June 25 he’d have to pay $5,511.10 to move them.

Salzwimmer said the utility put up signs after he purchased the property informing him it was unsafe. Salzwimmer said he shouldn’t have to remove a power line that was placed improperly; he claims VEA didn’t place the poles in the proper easement in the first place.

The home was built by the previous owner and never occupied, he said. It was sold for non-payment of taxes and Salzwimmer said it has a replacement value of $187,000. He planned to use it for rental income.

Salzwimmer said he talked to VEA about the power lines. The co-op also sent him a letter June 9 disclosing a $1,450 charge to hook up power to the home.

“They claim the power line was before this development,” Salzwimmer said. “I asked the building department and he said that’s not our responsibility.”

VEA issued a statement saying the builder constructed the home directly under a VEA power line in 2006-07; the co-op claims the house is also within their easement for the power line.

“The roof of the house is dangerously close to an existing power line. The power line has been in place since 1963. VEA became aware of this code violation when the builder finished the project and requested power in 2007. A notification was placed on the site and left with the previous owner of the property in 2007,” a statement from VEA reads. “In keeping with VEA’s safety policies the cooperative declined to serve power to the house until the original builder paid to have the line relocated.”

Co-op officials said Nye County never issued a certificate of occupancy for the building, as a result they couldn’t provide service without relocating the power line. VEA said prior to the tax sale they received multiple inquiries from people about the property.

“Anyone who purchased this property without knowledge of its code violation likely did not thoroughly investigate the property’s history,” VEA said. “VEA did not have immediate access to information about who purchased the property at the tax sale, which is why the cooperative decided to post warning signs on the property.”

“Immediately following the sale, VEA posted signs on the property to ensure the new owner was aware of the dangers associated with the structure being located directly under a power line. These signs are not a requirement, but the cooperative sought to protect the new owner and any contractors who might work on the property in the future,” the co-op said in its statement.

VEA said it would be unfair to require other ratepayers to pay for relocating the power line.

Billman said he heard about the property when a Realtor inquired about it before the tax sale. The Realtor was aware the home was built underneath the power lines and said it would cost $5,000 to move the power poles, but it was still do-able.

“For the most part we are assuming that everybody checks out the property to the best of their ability,” Billman said. “It’s up to the bidders to go ahead and check out the property.”

The treasurer’s office does a cursory title check on properties up for the tax sale, but Billman said that doesn’t necessarily show all the liens. There was a property in the last tax sale where they later found a judgment was liened against one of the properties, but it wasn’t a big lien, just a civil complaint, he said.

Salzwimmer said he filed a complaint with the Nevada Public Utilities Commission. But PUC spokesman Peter Kostes said, “Anything with VEA we have limited jurisdiction. That wouldn’t be anything we would have jurisdiction over.”