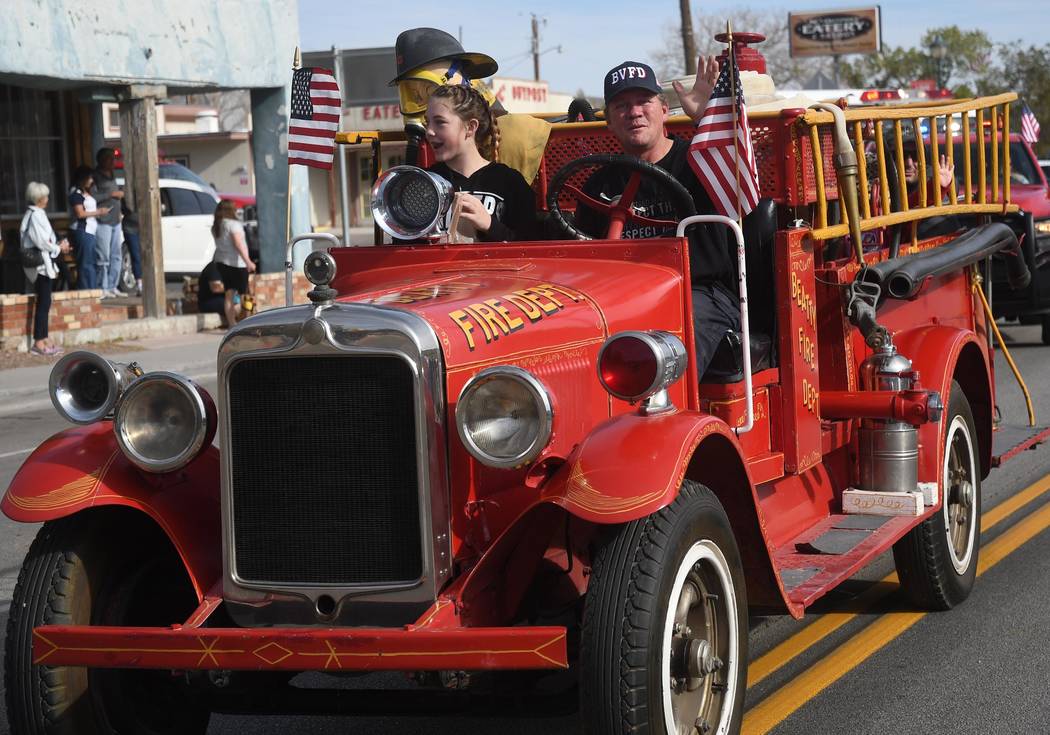 Richard Stephens/Special to the Pahrump Valley Times A look at the Beatty Days parade and an old fire engine. This year's parade was held Oct. 27. 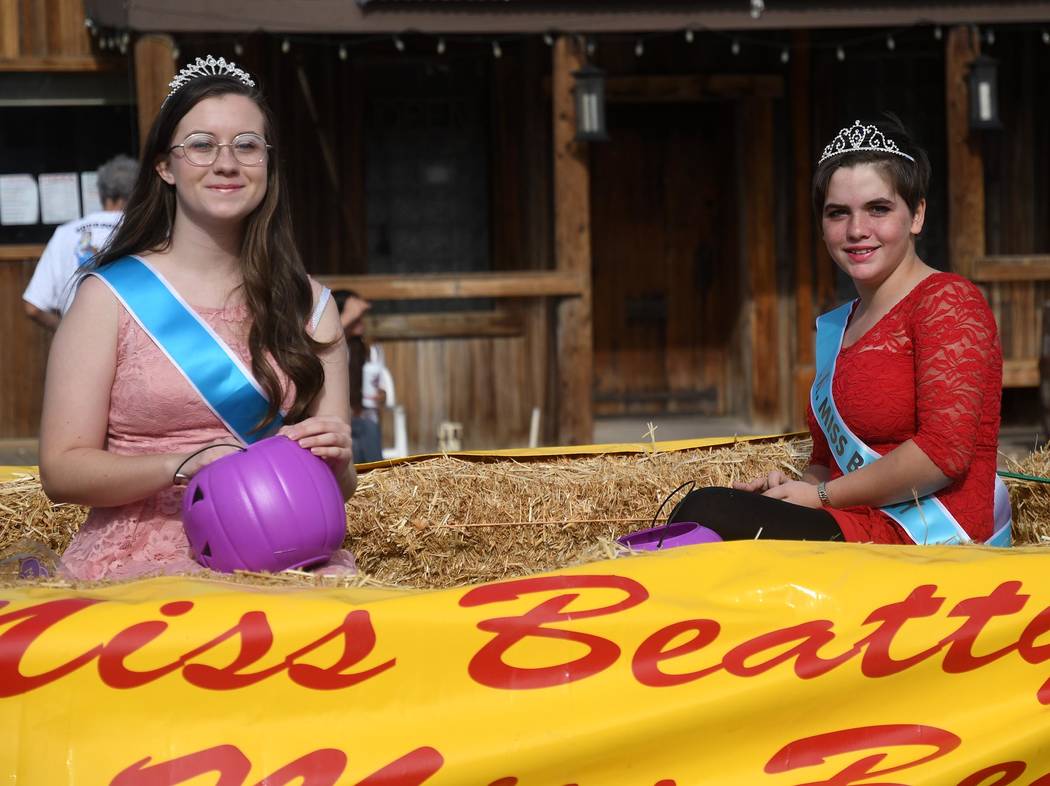 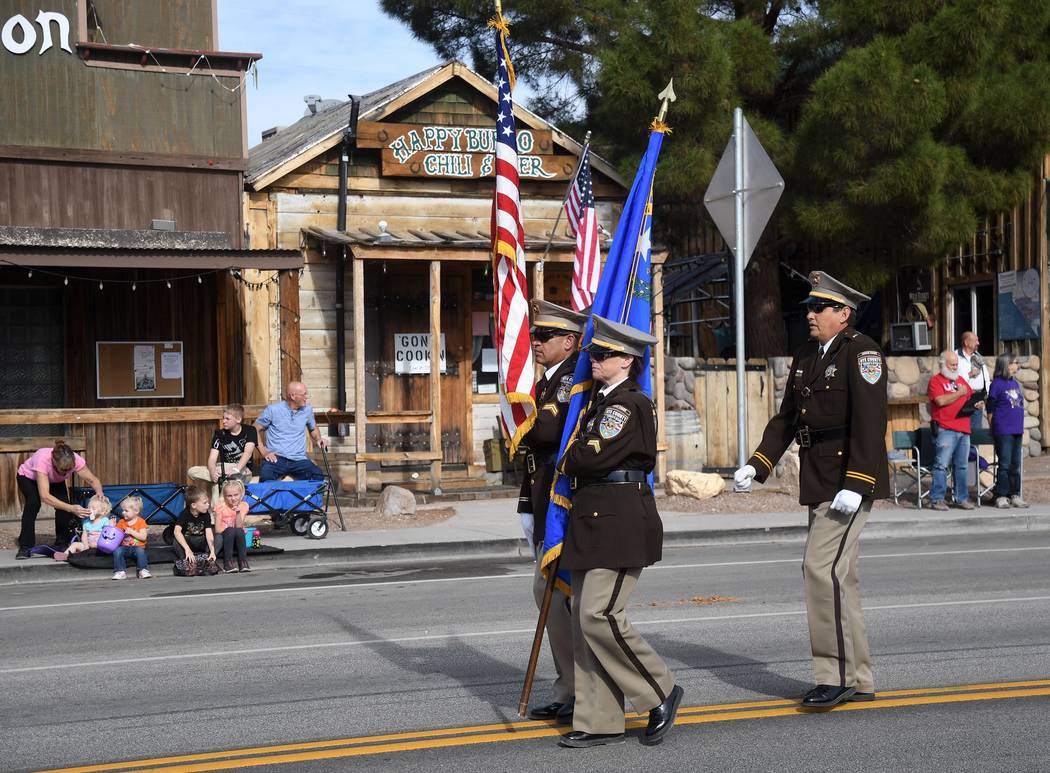 Richard Stephens/Special to the Pahrump Valley Times The color guard marches during the Beatty Days parade. The parade was held Oct. 27. 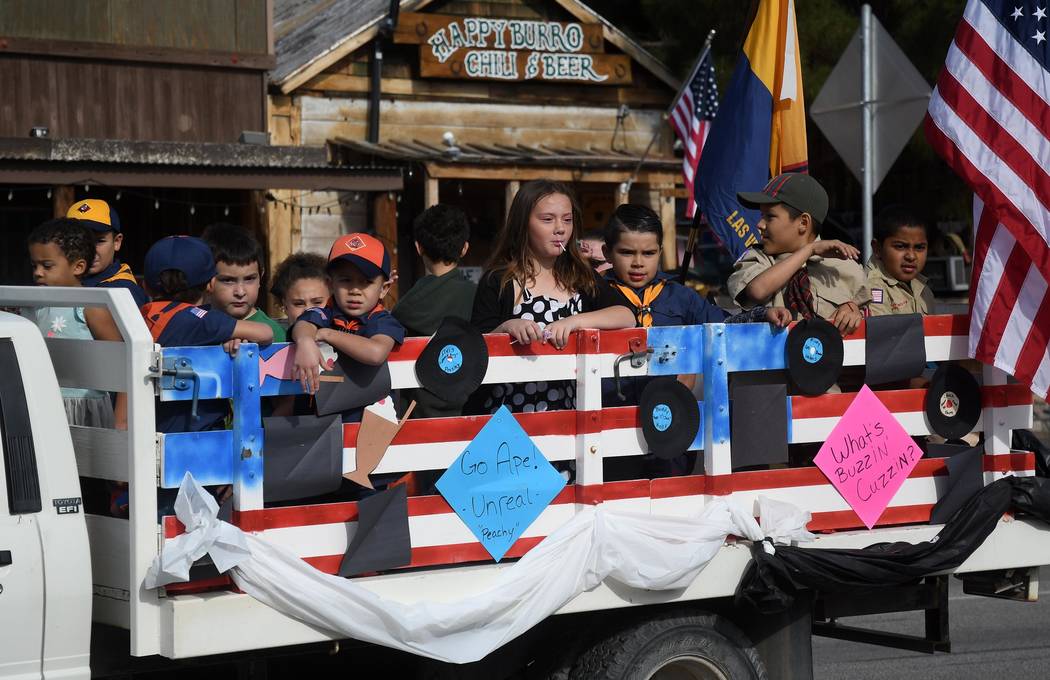 Richard Stephens/Special to the Pahrump Valley Times Scouts, including Cub Scouts, were among those taking part in the Beatty Days parade. The parade was in downtown Beatty on Oct. 27. 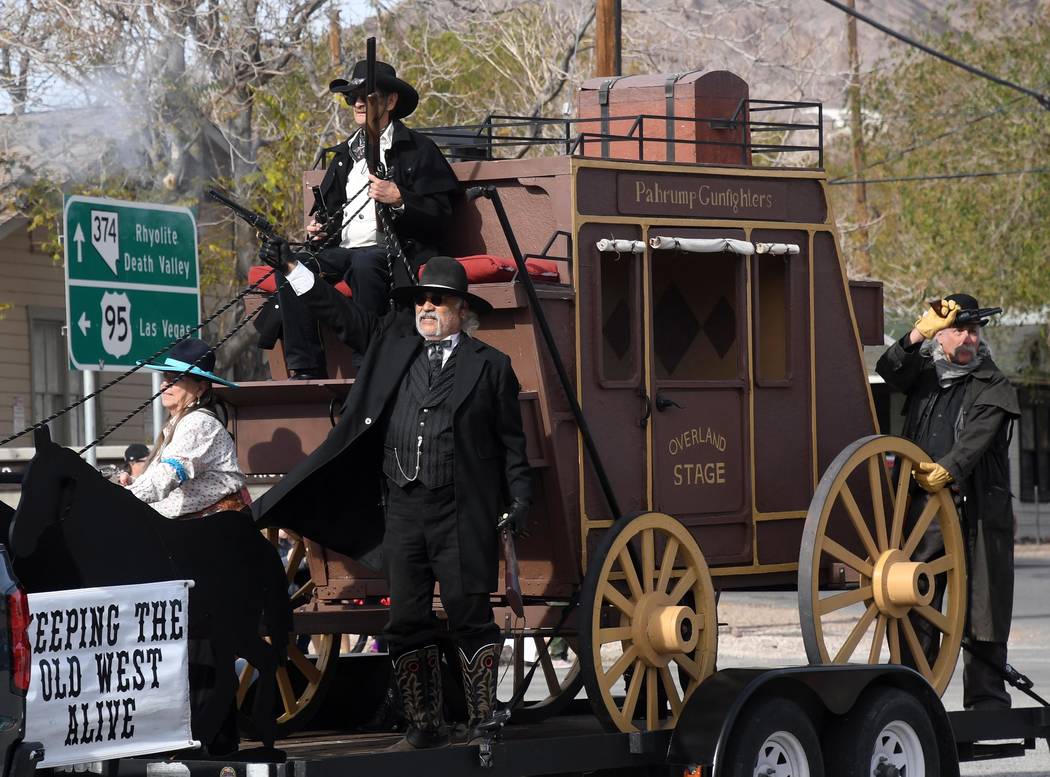 Richard Stephens/Special to the Pahrump Valley Times Pahrump gunfighters do their thing as participants in the Beatty Days parade. Downtown Beatty hosted the parade on Oct. 27 in the community.

According to Beatty Chamber President Ann Marchand, it was “The biggest Beatty Days we’ve had so far—great weather, of course.”

She noted that the 2nd Annual Aaron Huisman Art Contest was bigger this year, with a total of 53 entries.

The grand marshals of the parade, which is always Beatty’s biggest of the year, were the members of the Beatty Neighborhood Watch.

Best of Show in the parade (and 2nd place overall) went to Red Britt, of Pahrump, for his wobbly-tired 1913 Model T, Britt says he has been entering the vehicle in parades for 15 or 20 years “to make the kids smile and the older folks laugh.”

The Boy Scout climbing wall was very popular with youngsters. One young girl later reported that she had climbed it 30 times, and had the blister on her rope-holding hand to back up her claim.

Marchand said there were a lot of former Beatty residents and school alumni in town, making the event something of a reunion for many.