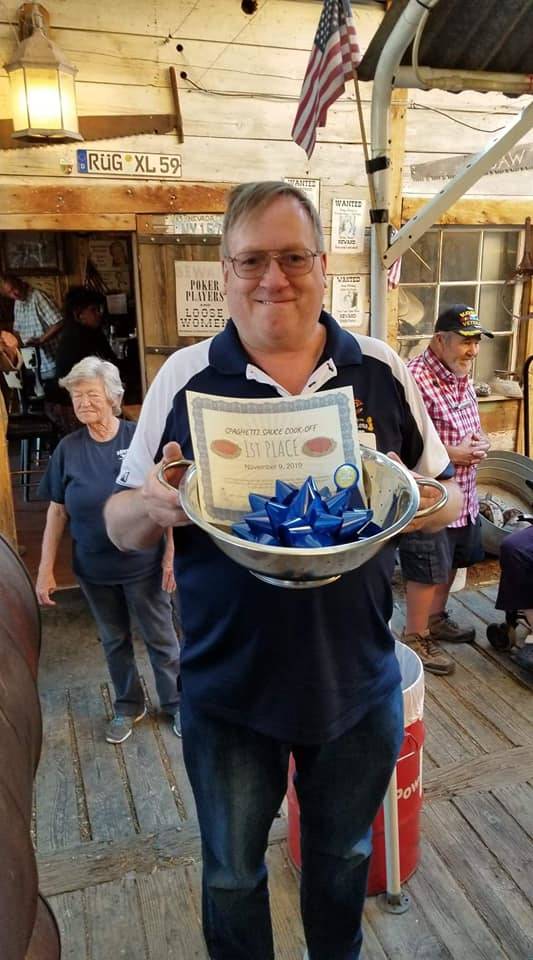 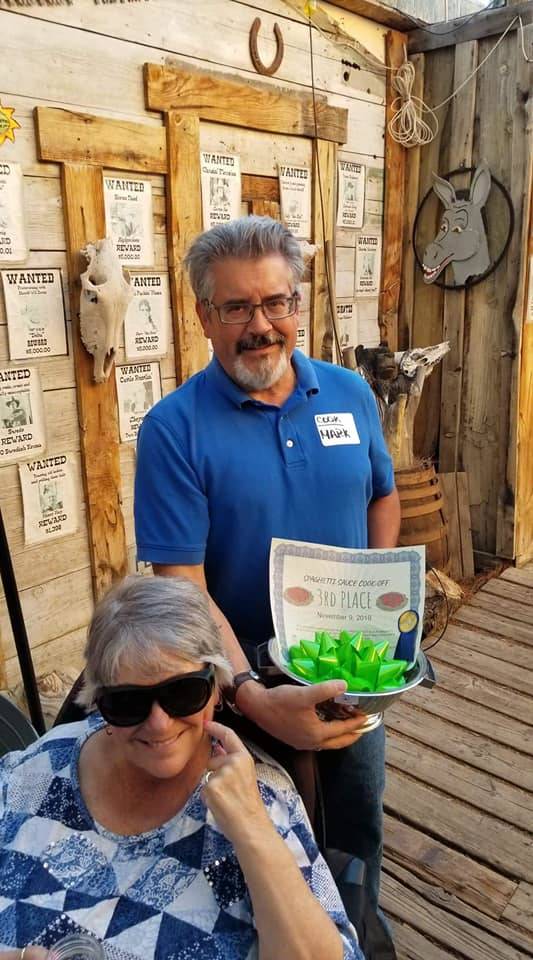 Fourteen entrants showed up with their crockpots for the Happy Burro Chili and Beer Spaghetti Sauce Contest in Beatty Nov. 9.

Most of the entrants were local, but Pahrump was represented by Mark Haught, who was the Beatty Days Chili Cook-Off red chili winner this year, and a motor home snowbird couple from Idaho also tossed their ladle in the ring.

Prospective entrants were told that their sauce entries could be store-bought, homemade, or any combination of the two. There was an $8 entry fee, which also entitled entrants to a spaghetti dinner, and non-entrants could purchase dinner for $10.

Every year the Happy Burro holds an event in front of the Happy Burro Hostel in which Santa and Mrs. Claus, assisted by a group of helpful elves, hand out toys to all the children who stop by to see them.

Any toys left over from that event are passed on to the Beatty Volunteer Fire Department to be handed out at their Santa Night, and others go to the Angel Tree project.