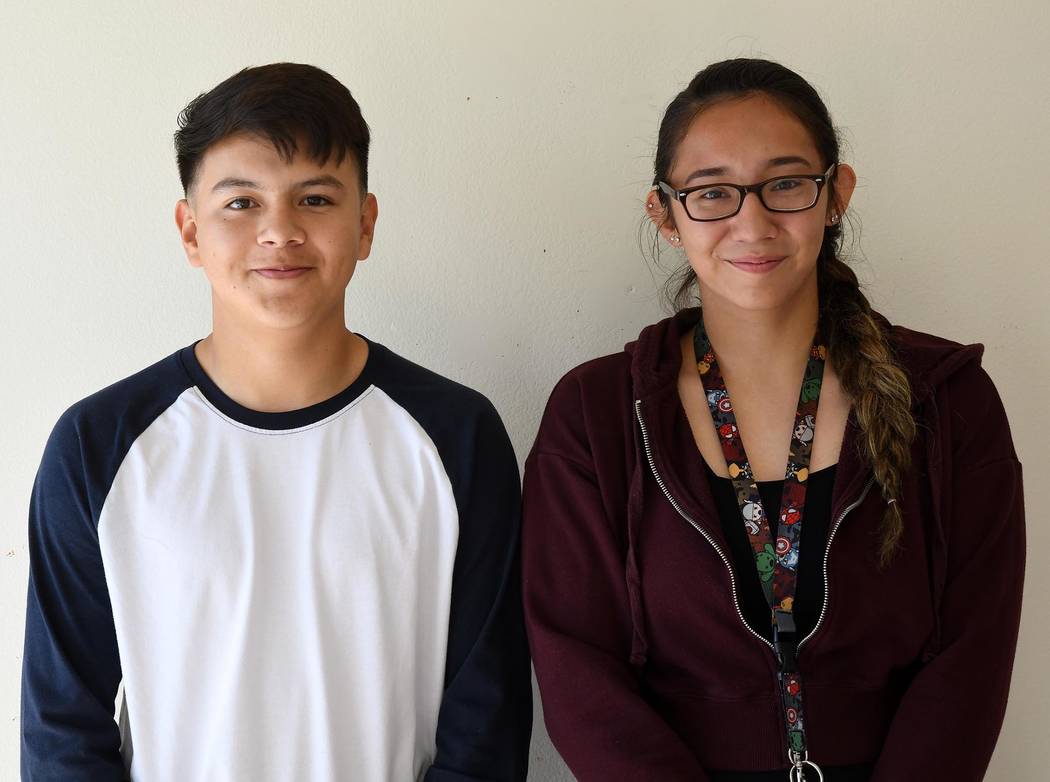 Richard Stephens/Special to the Pahrump Valley Times Daniel Castillo, valedictorian, on the left, and Aysleen Guerra, salutatorian, on the right.

Up to 26 Beatty High School seniors were set to receive their diplomas at graduation ceremonies held in the school gymnasium this week.

Daniel Castillo, who is the senior class treasurer and student council representative, is valedictorian of the Class of 2018.

The salutatorian is Aysleen Guerra, who is also class president.

The other class officers are Arianna Oseguera, vice-president, and Javier Eduardo Favela, secretary.

As their motto, the Beatty High School Class of 2018 chose a quote from Harvey Mackay: “A great accomplishment shouldn’t be the end of the road, just the starting point for the next leap forward.”

Their class flower is the purple dahlia, and the class colors are turquoise and silver.

The commencement address was set to be delivered May 21 by teacher and class sponsor Steven Sullivan, himself a Beatty High School graduate.