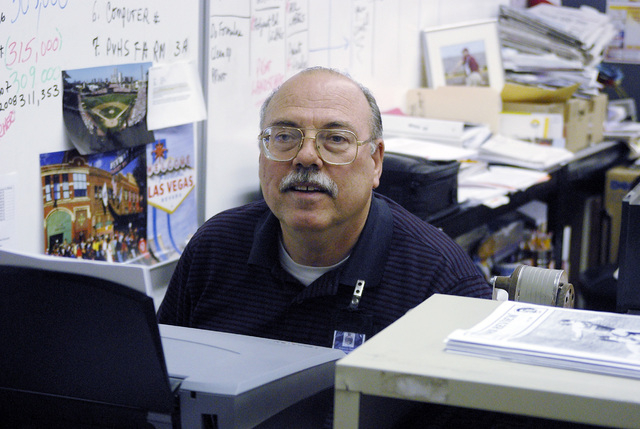 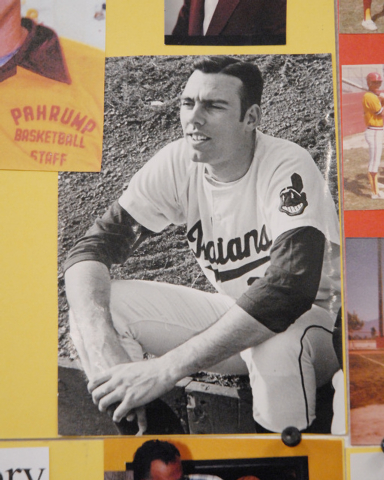 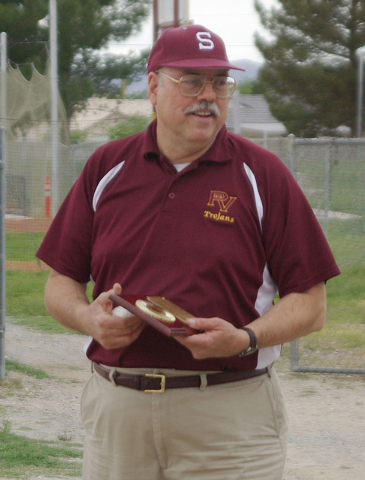 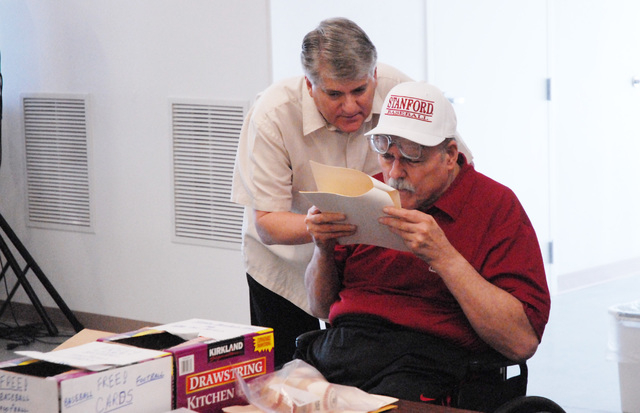 Rod Poteete was a teacher for more than three decades at Pahrump Valley High School. In fact, he was the school’s first baseball coach.

Though he retired five years ago, to many who knew and loved Poteete, it seemed as if he had just left.

Save for the fond memories buried deep in a multitude of hearts, the coach’s departure became permanent Tuesday.

Poteete died at about 10 a.m. at his home in Las Vegas from complications of stomach cancer. He was 67 years old. The coach is survived by his wife Jean, older son Kemer, 30, and youngest son Ryne, 27.

Poteete will be remembered as a gentle giant, who loved everyone and had a gift for gab. He could talk to just about anybody on any topic, but his favorite was his adopted town, Pahrump.

Even though he lived in Las Vegas his entire teaching career, it seemed he knew everyone in this valley.

Since retirement he had suffered from a burst appendix, which he never fully recovered from. In the fall of last year, he found out he had stomach cancer.

Ryne took care of his father in his last days.

“My father was in denial. He would tell us his cancer was nothing to worry about,” Ryne said.

His son knew that his father was playing the cancer down because in late November he saw his father’s x-rays. At that time, he found out that tumors were spreading throughout his father’s body.

Last fall Rod made his final two public appearances. He was wheelchair-bound due to complications from his appendix, but was still able to travel on short trips. He went to the Southern Regional Soccer finals in Henderson and watched the Lady Trojans beat Faith Lutheran. He then made a trip up to the Pahrump Valley Museum where he gave a talk on the high school he loved so much. The museum had just dedicated a wing to PVHS.

By spring Rod began experiencing pain from his cancer. The doctors told him the tumors were inoperable and that there was nothing they could do. Ryne said by April his father was bedridden, but Rod told friends it had nothing to do with the cancer. Rod said it was fluid drainage that the doctors couldn’t resolve.

Ryne said his father had not slept the past six days. He said the cancer had spread to his father’s brain and this caused him to suffer.

Many of Rod’s friends from the PVHS staff didn’t know he had cancer. Bob Hopkins, a longtime friend and teacher at the high school, had no idea and was wondering why Rod had stopped calling him.

“He was an awesome teacher. This was a complete surprise. He knew everything about the high school athletic program and its history,” Hopkins said.

Craig Rieger, a high school teacher and coach, remembered Rod fondly as a great guy who was full of old stories about Pahrump in the early days.

“He was a good, solid person and he could always talk about sports. Boy he had a lot of memorabilia. He was all about the kids. I always enjoyed talking to him. The man also had one heck of a baseball card collection and when Bryce Harper went to the majors I remember Rod had all of Harper’s stuff out on a table,” Rieger said.

Mike Floyd, a school district trustee, said Poteete was very nearly the heart and soul of PVHS athletics for many years.

“Coach Poteete was a great teacher, coach and friend who did more to promote and support athletics at Pahrump Valley High School than anyone else I can think of. Some of my best memories from high school came from being on his baseball teams in the early ’80s. He was a good personal friend to my wife Deanna and I after high school and also to my parents. We were lucky to have known him,” he said.

Ronnie Murphy was a student of Rod’s in the early days of Rod’s teaching career in the 1980s. The one thing he remembered about his old teacher was that he volunteered a lot in the community.

“I would be playing softball and he would be the umpire,” Murphy said. “Rod was well liked and respected as a teacher, coach and a friend. He was a mountain of a man with an easy nature. He always had good things to say and made you feel like a friend even when years would pass between visits.”

A funeral is planned for Saturday at 11 a.m. at Christian Shepherd Lutheran Church at 301 South Maryland Parkway in Las Vegas.

Rod enjoyed sports and collecting baseball cards. He once told a Pahrump Valley Times reporter that he had more than a half million baseball cards in his collection.

Ryne said if people wanted to donate money, his father wanted any funds to benefit the fight against autism or the Pahrump Valley High School athletic program.