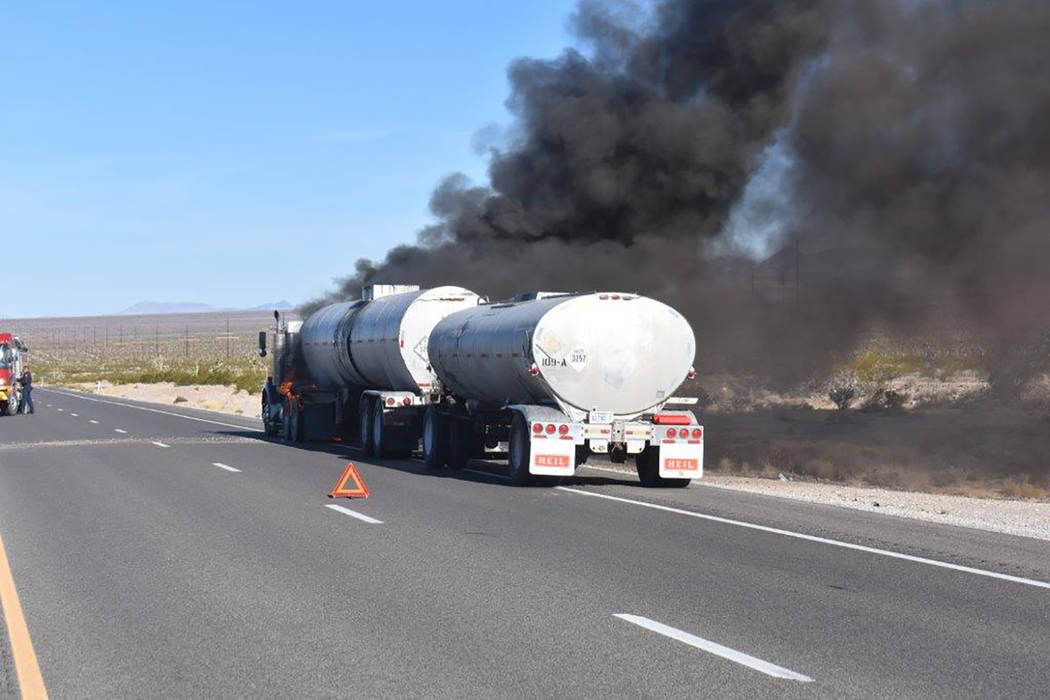 Special to the Pahrump Valley Times Traffic along Highway 160 was halted in both directions as Pahrump fire crews responded to a mutual aid tanker truck fire in Clark County just before 9 a.m. on Thursday Sept. 27. Pahrump Fire Chief Scott Lewis said the tanker contained a liquid oil used for asphalt production. No injuries were reported. 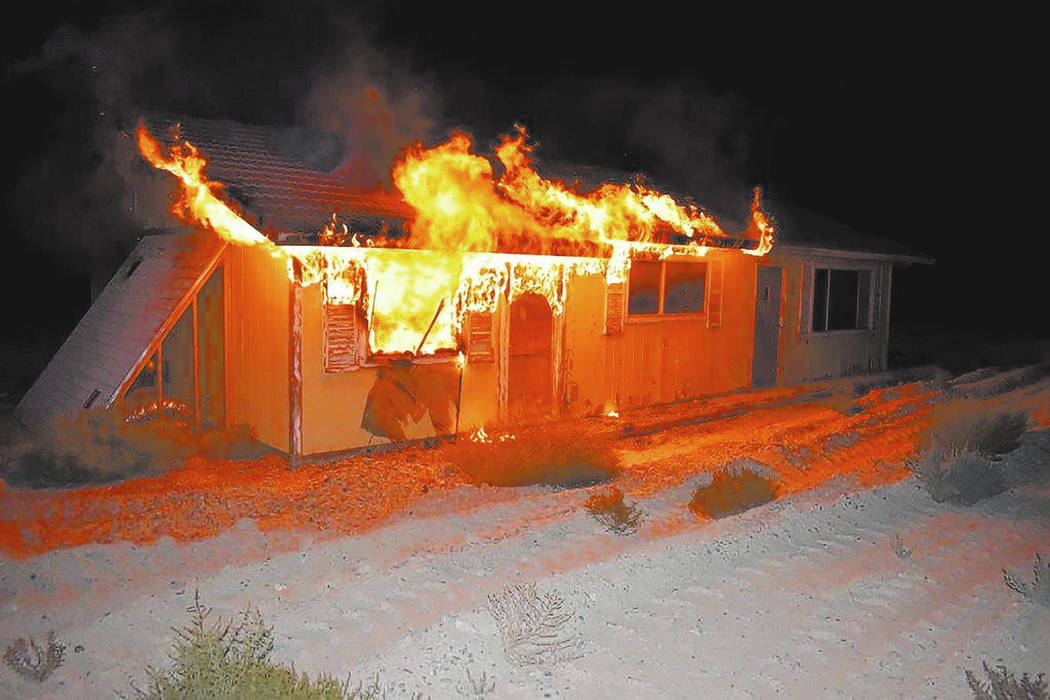 Special to the Pahrump Valley Times On Friday September 28, fire crews were summoned to the 4500 block of South Homestead for a reported structure fire just after 11 p.m. The fire, according to Chief Scott Lewis was extinguished with no extension to other structures on the property. The cause of the fire is suspect in nature.

One person was transported to UMC Trauma following a collision involving a semi-truck and passenger vehicle.

“Crews arrived to find a semi truck versus car as reported,” he said. “There was no entrapment, however, there were significant injuries sustained by the operator of the passenger vehicle. Mercy Air was brought to the scene where a landing zone was managed on the highway. Patient care was transferred and Mercy Air crews flew that patient to UMC Trauma in Las Vegas.”

On Thursday, Sept. 27, local fire crews were dispatched for a mutual aid assignment along Highway 160 in Clark County for a vehicle fire, just before 9 a.m.

“The incident occurred in the area of mile marker 33,” Lewis said. “While responding, crews were notified that it was actually a fuel tanker truck on fire. Upon arrival, crews found a working fire and the area between the tractor and the first trailer of a tandem trailer.”

Lewis also said that the initial investigation revealed that it was not actually a fuel tanker.

“The tanker contained a liquid oil used for asphalt production,” he noted. “Crews went into service as Highway 160 was closed in both directions. Crews commenced a defensive exterior attack where they cooled the tank down and extinguished the fire without incident. There were no injuries reported.”

Additionally, Lewis said the substance inside the tanks is similar to the consistency of diesel fuel.

“It gets heated to the point it reaches ignition temperature and then it will continue to burn,” he said. “We managed to get it under control before it got to that point. That type of oil can absorb a lot of heat before it ignites.”

On Friday, Sept. 28, fire crews were summoned to the 4500 block of South Homestead Road for a reported structure fire just after 11 p.m.

“Crews arrived to find heavy fire showing at the front of the house and up through the roof,” Lewis said. “Because the structure was deemed to be vacant, and known to have a partial basement, a defensive exterior attack was ordered. The residence was confirmed vacant after primary and secondary searches. That fire was extinguished with no extension to other structures on the property. The cause of that fire is suspect in nature.”