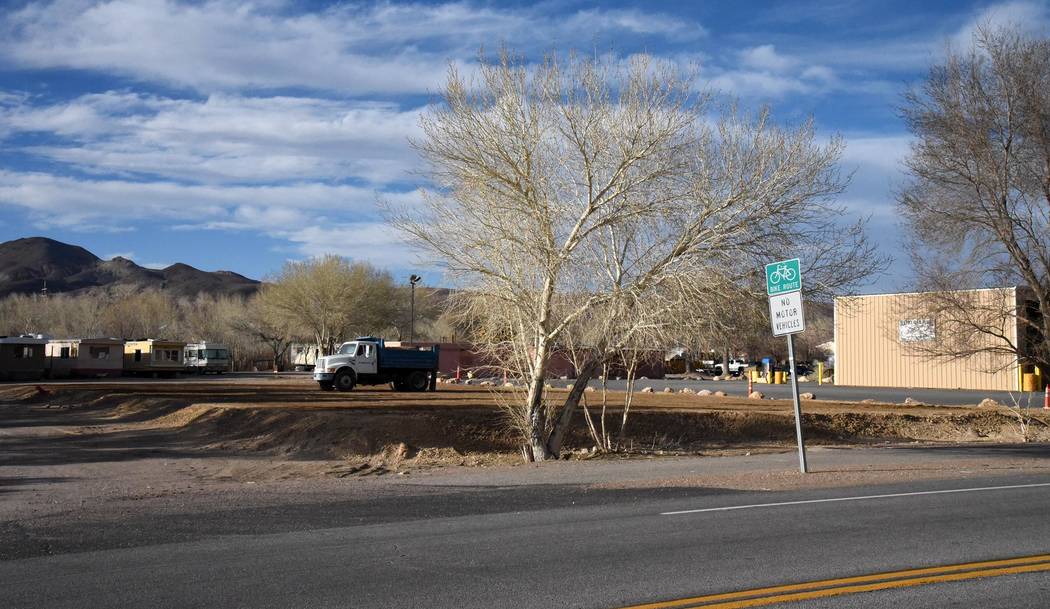 Richard Stephens/Special to the Pahrump Valley Times The site where work has begun to build a hardware store and a restaurant. 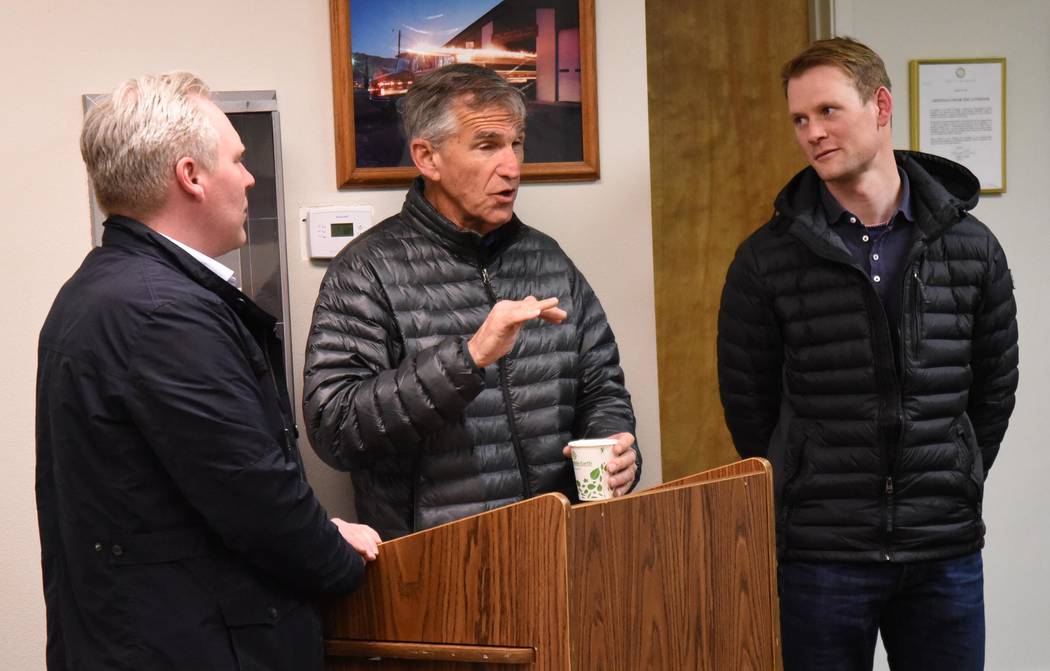 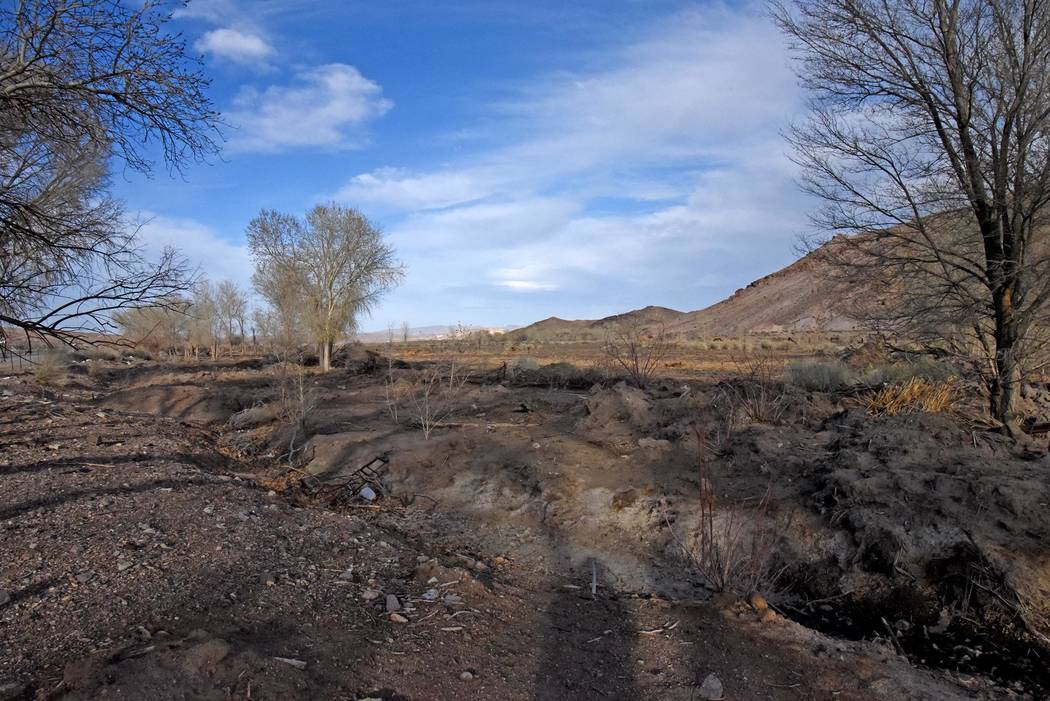 Richard Stephens/Special to the Pahrump Valley Times Vacant land across the highway from the Stagecoach Hotel and Casino where the lake and restaurant may be developed.

“I’ve always felt that Beatty has never lived up to its potential,” businessman Ed Ringle told the Beatty Town Advisory Board Feb. 25. He then shared his vision of what he believes the town could be and what he plans to do to make it happen.

He envisions Beatty as a vacation destination with “a whole mile of restaurants and entertainment.” He sees it not as competition for Las Vegas, “but as a place to go to get away from Vegas,” and as the most attractive place to stay for visitors to Death Valley.

He wants it to be a family- and pet-friendly destination. “Success, to me, would be for a kid riding in a car to ask, ‘How long until we get to Beatty?’”

Ringle says he is going to be working rapidly to make his vision a reality. He says he wants to build it all, then divest himself of it.

“I’m 67. By the time I’m 75 I want to be out. My goal is to completely have nothing by the time I’m 75. I don’t want to die owning a lot of stuff. In the final chapter of my life I want to help make Beatty a wonderful town.”

He says he will begin with a Hampton Inn and a small artificial lake with a restaurant. He plans to start on those projects as soon as the clear title comes through on some land he bought years ago.

Ringle has consulted with the Nature Conservancy on the building of the lake, and says it will use a spring as its water source and will provide habitat for wildlife. It will not be for swimming, but for visual appeal.

To help with his projects, he has imported a couple of assistants, Gerwin Bax and Niels Van Bavel, from the Netherlands. He said it has taken them two years to get their visas and green cards.

The lakeside restaurant he plans to build will be patterned after one that they showed him in the Netherlands. It featured spectacular windows that “made it feel as though you were outdoors.” He says he can see couples having their weddings on the lake’s sandy beach.

Ringle is open to other people’s dreams for businesses in Beatty, and says he will help if he can. He has already broken ground on building a hardware store that someone else will operate and a restaurant for Beatty’s king of the barbecue, Jay Thompson.

Asked about what he plans to do with the historic Exchange Club building, he said he has no plan at present. It is being used for storage, but he said that if someone wanted to put it to good use he’d be willing to rent it to them for a dollar a year for 20 years. He did say it needs a lot of work, though.

“The biggest problem in this town has been labor,” said Ringle. He has already partnered in the building of apartments, and wants to do more to provide the kind of quality housing that he feels will attract workers. He also said that he has realized that he needs to pay his employees well so that they can afford good housing.

One project he began years ago, a family resort called El Sueno de la Familia, ran into unforeseen difficulties and has gone uncompleted. Ringle says he’d still like to complete it some day if things work out.

Erika Gerling told Ringle, “We like our little town. We don’t want to be a big place like Pahrump.”

“You won’t be Pahrump,” he replied. “You don’t have the water and the land.”

Ringle would like to bring other amenities to Beatty, including a bank, and he gives his imagination free reign to consider other possibilities—a brewery using local spring water, zip lines, maybe an indoor water park, and more. He quotes his favorite saying from Walt Disney: “It’s fun to build the impossible.”

When he was told that his plans were exciting to hear, he replied, “Now I’ve got to do it. Talk is cheap.”