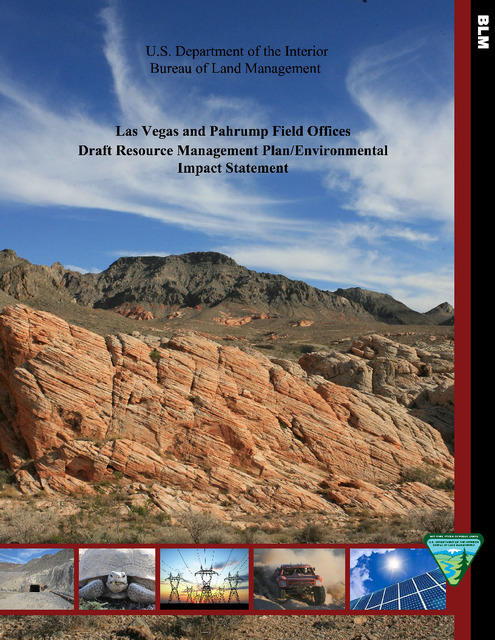 The deadline has been extended to March 23.

The deadline was extended because of comments received from the public, and a desire by the BLM to collect more public input. The original deadline was Feb. 2.

In 2008, the BLM initiated a revision to the 1998 Las Vegas Resource Management Plan. A Draft RMP/Environmental Impact Statement was released for public review in October 2014.

While working on the Proposed RMP/Final EIS, new information gathered in response to public comments and concerns from cooperating agencies, as well as rapidly changing issues, contributed to a pause in development and initiated a BLM internal review in July 2016.

As a result of the BLM internal review, the BLM determined that the Revised Draft RMP/EIS should be developed and an opportunity for public input was needed to gather additional information on the areas of renewable energy, Areas of Critical Environmental Concern, lands with wilderness characteristics, land tenure adjustments (land disposals), and socio-economics.

The public may submit input by

Updated information on the Revised Draft RMP will be available at https://go.usa.gov/xnBqm